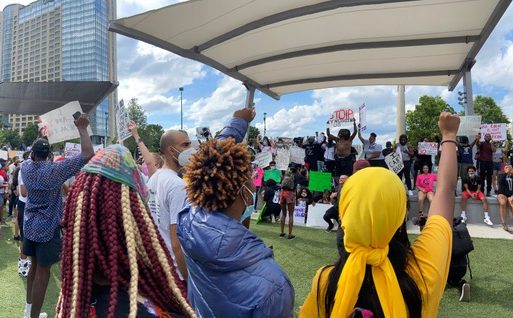 Protesters at the Justice for Us march on March 29 gather together in downtown Atlanta. Some participants raise their fists to show solidarity.

Those frustrated with the deaths of African Americans at the hands of police officers have taken to the streets, joining widespread protests in major cities across the nation, including Atlanta. The deaths of Ahmaud Arbery, Breonna Taylor and George Floyd, among others, have catalyzed a movement against social injustice, systemic racism and the state of policing in the United States.

Largely thanks to social media and coverage from news outlets, these deaths have received widespread attention, strengthened the platform of those fighting against social injustice and fostered a new age of activists. For many students, these deaths have fueled their own personal outrage in regards to police brutality; now more than ever, the youth want their voices to be heard.

For senior Inaya Abdul-Haqq, she sees a striking resemblance between the protests and the Civil Rights Movement that her father experienced first-hand and told her stories about.

“I was talking to my dad about this, and he was like, ‘for me, it was Emmett Till, but for you guys, it’s George Floyd’,” Abdul-Haqq said. “The name may change, and the story may change, but we’re still fighting for the same things. The parallels are uncanny.”

Senior Griffin Richie* supports the Black Lives Matter movement but views riots as counterproductive to the end goal of the movement.

“The anger behind the riots is 100% justified,” Richie said. “However, riots can hurt Black and brown-owned businesses. Additionally, some people may equate looters to the peaceful protesters, and that undermines public support for the movement as a whole.”

To amplify the voices of those who feel strongly about the movement, the Southerner gave Grady students the opportunity to share their opinions on the state of recent protests. Five students reflected upon their viewpoints of the demonstrations and the driving forces that ignited protests.

*Griffin Richie is the brother of the Southerner editor Dana Richie, who contributed to this article. 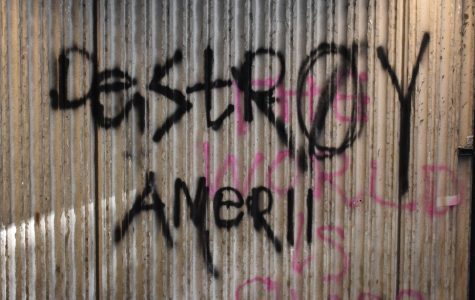 A Twitter post by Earl D. Hamilton really spoke to me about the events this weekend. He said, “I just wanna say that it’s okay to be anti rioting, or pro rioting. You’re not racist for believing that justice is obtainable through peace. You’re also not reckless for believing that violence has to be used to make change. Both voices are valid and heard by me.” Recently, three unarmed African Americans lo... 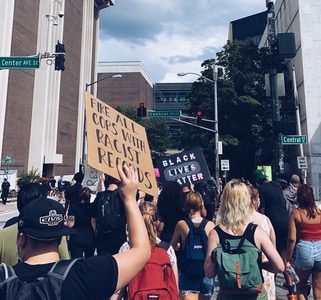 The majority must be an ally to the minority

On May 25, 2020, Derek Chauvin, a white police officer, knelt on an innocent black man named George Floyd for almost nine minutes, killing him. Chauvin murdered George Floyd. This is not the first time this has happened. Black people are close to three times more likely to be killed by police than white people. Why is that? We’ve seen this happen before countless times. Ariane McCree was murdered ... 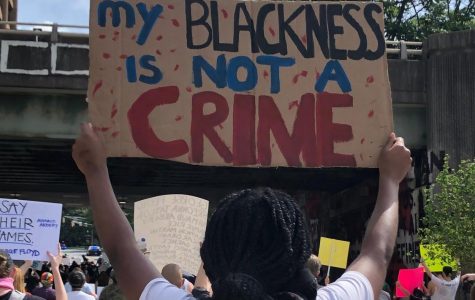 No excuse for hatred toward African Americans

Seeing black men and women repeatedly be innocently killed by white police officers never gets any less agonizing. The fear that I, anyone in my family or a peer of mine can be next is extremely unsettling and fearsome. People often say “history repeats itself” when, in reality, nothing has changed over the years.  To me, it feels like everyday there’s a new hashtag. We remember these inno... 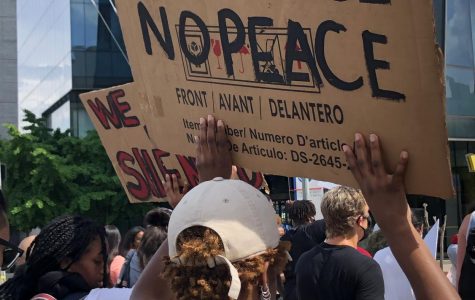 Self-proclaimed pacifist tired of ‘innocent people of color being murdered’

It’s crazy to think that it’s taken so many years for people to finally reach the limits of what they can handle when it comes to police brutality. Every year, since I was born, there have been countless incidents, recorded and not recorded, of innocent people of color being murdered without any reasonable cause. What is happening now, the outrage that Americans are now expressing due to Georg... 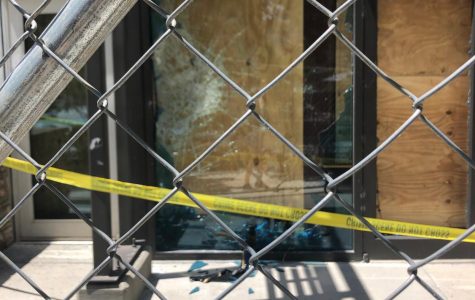 What I believe in this moment

First of all, this was a horrific moment. I believe that the police officer who murdered George Floyd should get the death penalty for his crime. I just could not believe the other officers didn’t do anything about it and just stood there like there was no one dying right behind them. In my opinion, the burning of police cars and police precincts is well deserved. The police need to know how pow...