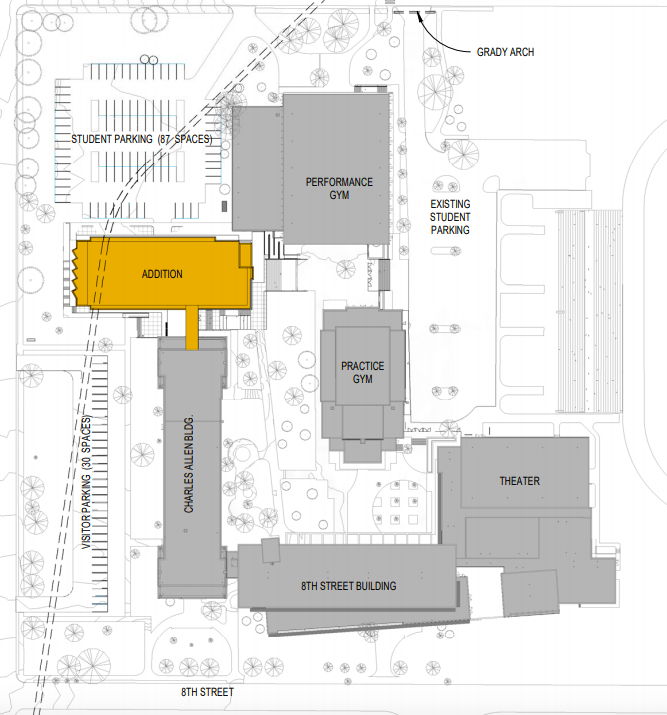 After completion, the 10th street parking lot will be reopened as a fully paved lot.

Should plans for new parking lot on main lawn proceed?

Construction to renovate Grady is scheduled to begin in January 2020, and the renovation plans include a new classroom building, changes to the facade, and a new parking lot to improve safety and security. However, many community members have expressed concerns about more traffic, less green space, and more trash.

Construction plans should proceed, despite opposition to proposed parking lot

Despite opposing forces from the surrounding community, Grady should proceed with its construction plans for a new parking lot along Charles Allen Drive.

Construction on Grady’s expanded campus is set to begin winter 2020 while students are home on holiday break. Upon returning to Grady, parking will be limited, due to the closure of the dirt lot for construction. The new parking lot along Charles Allen Drive is the best way to alleviate the already relevant parking problem.

Originally built as Boys High by architect Philip Trammell Shutze in 1924, many regard Grady’s exterior and foliage as too historical to compromise.

However, even if the parking lot were not constructed, the current construction plans for the new building still include chopping down trees and placing instructional suits on the front lawn. Alvah Hardy, APS’ executive director of facilities services, said that trees would be replaced “inch for inch.”

Some community members wrote of their opposition. Maria Saporta, in her publication, SaportaReport, said, “Grady’s front lawn — an attractive green space that’s bordered by mature trees — provides a wonderful park-like connection from the neighborhood to Piedmont Park. How could anyone believe that turning the front lawn into a surface parking lot is a good idea?” and “the beauty of our schools’ grounds must not be sacrificed as the system expands.”

Grady alumni of past decades might reminisce about eating lunch on the long green grass lawn, but in recent years the lawn has served no purpose, except for providing a sidewalk that visitors use when going to the main office.

Concerns over keeping the current aesthetic of the front of the school should not be taken into consideration, because providing students with a place to park their cars is a more pressing matter.

In approximately four years, Grady is expected to reach 1500 students. This increase will also cause a need for additional teachers and staff. Without the 90 new parking spaces promised by the current construction plan, students would have fewer transportation options.

SaporaReport also suggested school buses, MARTA buses, the BeltLine, and carpooling, but these alternatives are not efficient in working around the schedule of students in clubs and sports.

I am not completely advocating for a loss of green space, but no other realistic solutions have been drawn up by APS.

Superintendent Dr. Meria Carstarphen wrote that she was “open to any better ideas,” but as construction nears, APS simply cannot abandon its plans and leave students without parking. 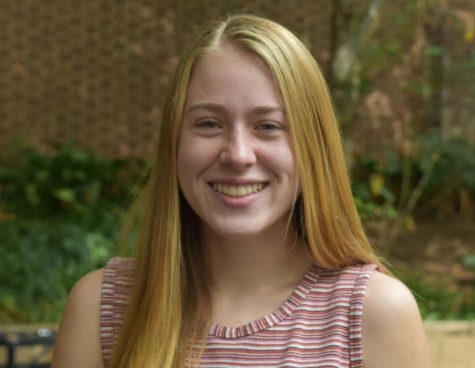 Front lawn should not have parking lot

Some believe the new parking lot included in the plans would alleviate the stress of finding safe parking at school, while others think an added lot will take away from the school’s history and its environment, which is where I stand.

I have been very active in the push to make streets within the Atlanta Public Schools district safer for not only the students who use them but also the surrounding communities. Specifically, I have been advocating for the safety of 10th and Monroe, as we lost a student and community member about four years ago to an accident at that intersection.

The Grady Pedestrian Safety Coalition, the group I founded to lead the efforts in making the streets safer, has met with council members and other interest groups to advance the safety of everyone.

The main lawn should be preserved and not turned into a parking lot.

The additional construction of a new building will require removing the current portables to make way for 10 more “modular classrooms,” as they are called (in the plans) on the main lawn. The current dirt parking lot will be paved and turned into a parking lot with capacity for 76 cars.

To accommodate the need for more parking, a portion of the front lawn along Charles Allen Drive will be removed for an additional 50 parking spots facing the entrance to the school.

This problem has persisted every year for Grady students, as the student population increases. This year is no different, but what has changed is the way APS has decided to combat the issue.

The two current parking lots are of poor quality, one is unpaved, and both are too small for the number of students currently enrolled, as well as for the projected enrollment in years to come. The schools can hold 1275 students, without the addition of the portables, however the current enrollment for the 2019-20 year is 1431 students. APS projects that the student body will increase by almost 30 percent from this school year to the 2020-2021 school year.

District members refuse to consider redistricting to fix the overcrowding problem. In 2017, redistricting was on the table as an option to alleviate overcrowding for the Grady cluster, however efforts to pursue that solution have halted since the renovations of the Howard building.

In places that face a similar parking problem like the University of North Carolina, they have implemented a paid parking system, where students pay $4 to $5 a day to park.

While we used to have a paid parking system, many students decided to park their cars without getting a parking pass.

This solution to the parking problem would make use of the current parking while saving the front lawn.

We shouldn’t put a parking lot in front of the school because it would take away from the beautiful greenery that surrounds our school, to be replaced by a parking lot.

The green space in front of Grady is one of the many defining features of the school, and it is possibly the largest green space on the campus, which is important for the environment.

Four years ago, we lost a young member of the Grady community to a car accident at the intersection at 10th Street and Monroe Drive. The intersection isn’t safe, and many groups have been working hard to make the intersection safer with the help of city council members.

Three out of four of the streets adjacent to our school are heavily travelled during at least one point in the day, while Charles Allen remains calm. The addition of a parking lot on the Charles Allen side of the school would make every street adjacent to the school of potential danger to pedestrians.

To put a parking lot on the Charles Allen front lawn would minimize the effects of the work done to make the area surrounding the school safer for pedestrians, such as adding a new cross walk to the 10th street side. 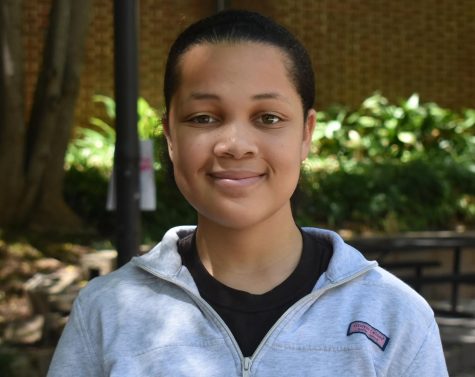 Bria Brown is a second year staff member on the Southerner as well as a senior in the Class of 2020. She is currently Photography/Multimedia Editor and...