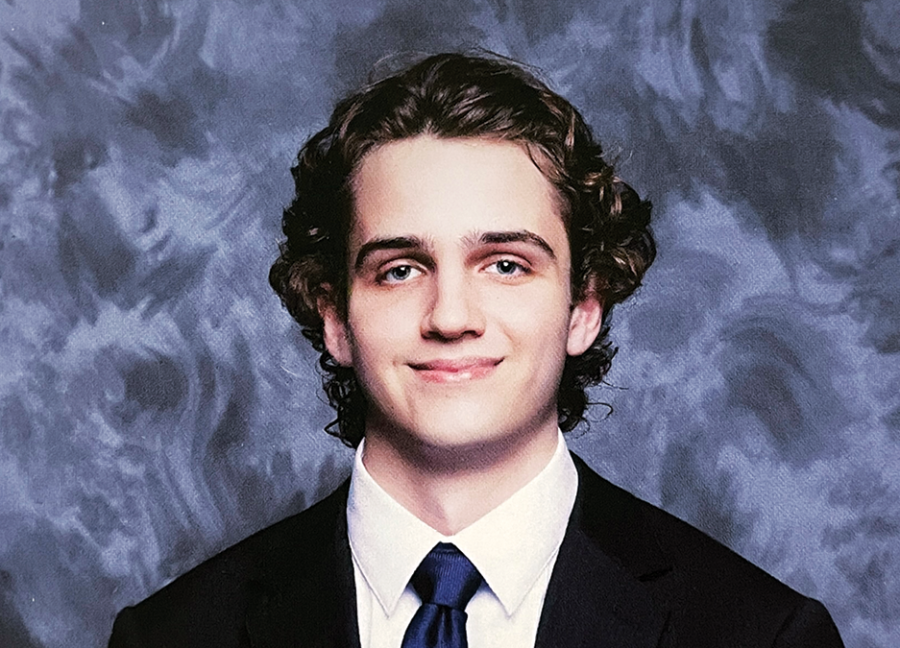 TOP SCORER: Nathan Rachwalski had the highest score on the SAT on a single test date in his class.

The Star Student is the senior with the highest SAT score on a single date in their graduating class, who is also in the top 10 students or the top 10% of their class. Senior Nathan Rachwalski has earned that award for the Class of 2022, with a 1590 on the SAT.

“I already knew most of the content on the test; I could do all the math; I had pretty good reading comprehension,” Rachwalski said. “So, instead of studying content, I mainly studied strategies.”

Rachwalski credits much of his success on the SAT math section to his time on the Quiz Bowl team.

“Quiz Bowl math is almost more [about] processing speed than math knowledge,” Rachwalski said. “It’s being able to solve those simple problems really fast to beat the other team. So, I noticed the practice I had in Quiz Bowl paying off, especially in the no calculator section of the math SAT, because you don’t have a calculator in Quiz Bowl and a lot of the work I could just do in my head.”

As a Quiz Bowl captain, Rachwalski has worked to make the program competitive.

“The team was founded the year before I started high school,” Rachwalski said. “We hadn’t won any tournaments on the state level or competed nationally. But now the team is one of the 30 best in the nation; we’ve won multiple statewide tournaments.”

Rachwalski said his time at Midtown contributed to his growth both academically and outside of school. He will be attending Northwestern University in the fall.

“At Midtown, I think I definitely matured a lot as a person,” Rachwalski said. “I don’t think I would have had that opportunity elsewhere, or at least to the same extent that I did at Midtown. Midtown was a great place for me, personally; I think it set me up very well to have success both in high school, and hopefully, at Northwestern.”