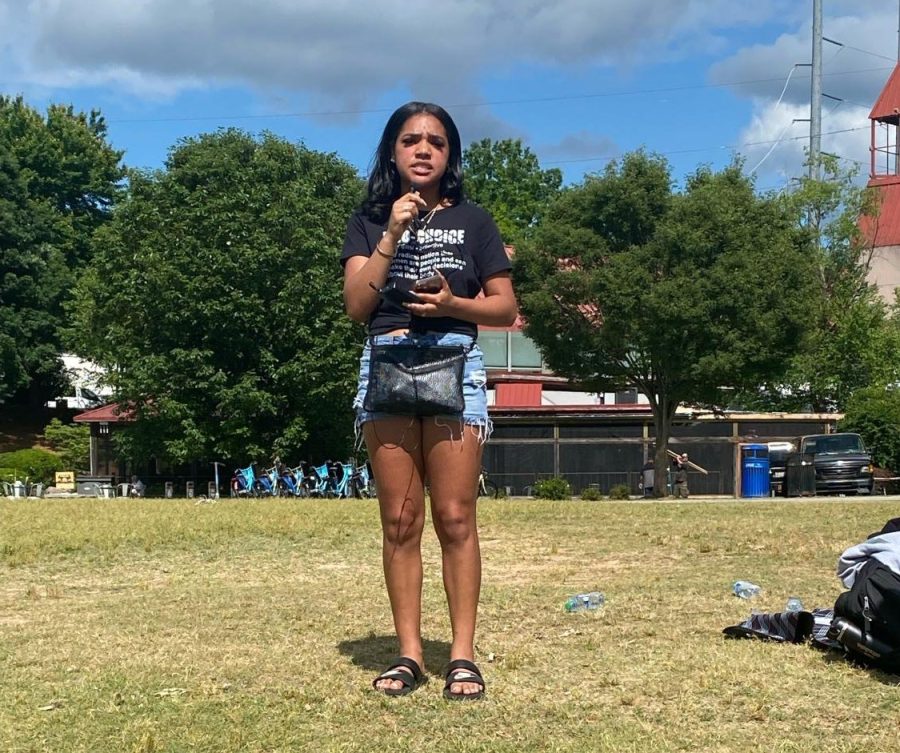 Gallery|4 Photos
Carys Brightwell
Senior Aaliyah Rapping gives a speech at Piedmont Park on Friday, May 13 about injustices women are facing with abortion and reproductive rights.

Midtown students participated in a student-organized rally against a possible Supreme Court ruling this summer that could overturn Roe v. Wade and eliminate women’s rights to legal abortion.

“As I look out into this crowd, I see the future. I see future voters, future taxpayers, but most importantly I see future leaders of our generation,” senior SGA President Aaliyah Rapping, one of the rally’s organizers said in her speech during the rally on May 13. “Most of you in the crowd are high schoolers, barely 18, if even. And you all took time out of your day to Rally for Roe, to fight for reproductive justice. Being here today shows a commitment to justice and change.”

Freshman Anna Hutcherson and Rapping planned the after-school rally at Piedmont Park to spread awareness about the potential of Roe v. Wade being overturned. They took to Instagram about a week before and started spreading information about the rally. Hutcherson and Rapping spoke at the rally, along with Kwajelyn Jackson and Agbo Ikor. Jackson is the Executive Director of the Feminist Women’s Health Center (FWHC). Ikor is the Director of Advocacy and Policy at SPARK Reproductive Justice (SRJ).

On May 3 a possible decision to overturn Roe v. Wade was leaked to the general public. Roe v. Wade was the Supreme Court ruling that protected women’s rights to bodily autonomy and gave women the freedom to have a medically-safe abortion without a state’s involvement or concern for prenatal life, up until the point of viability. The point of viability is the point at which the fetus may be able to survive outside of the mother’s womb with the help of medical aid.

The rally began with opening remarks from Hutcherson, who touched on the important details of Roe v. Wade, as well as emotional aspects of the possibility of it being overturned.

About a week before the event Rapping and Hutcherson spread news about the rally. They put up flyers around the school, posted and reposted news about the event on instagram and other social media platforms and reached out to students at other schools in the Atlanta area as well.

“I decided to reach out to people I knew from other schools, such as North Atlanta, Atlanta International and Maynard Jackson because why not have as many high school students from the area be involved as possible,” Rapping said.

Junior Neisha Ball attended the rally, seeking a place where she could express her feelings about reproductive healthcare and feminism in general.

“The rally was important to me because it seemed like the only productive way to express how I felt about the leaked draft of overturning Roe v. Wade,” Ball said. “Showing up and listening to the speakers made me feel like my voice mattered and fueled my impetus for further political advocacy on this subject, and in general.”

Kwajelyn Jackson has been working for Feminist Women’s Health Center (FWHC) since 2003. She leads all of the operations, the abortion clinic, civic engagement, education and outreach teams for the organization.

Jackson spoke about the importance of having challenging conversations and learning more about one another.

“You might not think you know someone who’s had an abortion, but that might just be because you have not been a safe place for them to tell, the other thing I can encourage you to do is to have candid conversations with the people in your life about these things that you care about, why this matters to you and why you decided to come out on a Friday afternoon,” Jackson said. “Tell people that you care about their bodily autonomy and their reproductive futures, you’re a safe place for them to talk about their experiences.”

The rally was used as a way for people to gather together and be able to express themselves and their feelings about Roe v. Wade, while also allowing those who did not know as much about the situation to be able to learn trustworthy and dependable information on the topic.

“I think there’s a lot of misinformation and lack of knowledge going on around when it comes to abortion rights and these current issues; so, my main goal was to ensure that I’m helping spread the knowledge that I have to my peers because we’re the generation that this is going to affect,” Rapping said. “This is an issue that’s bigger than just women’s rights, it’ bigger than abortion rights, this is about truly fighting for a generation.”

Speaker Agbo Ikor has always been interested in civil rights and feminism, Ikor did not become more fully involved in activism until she attended Vanderbilt University. Ikor has worked with Atlanta Women for Equality to fight discrimination at school and work, and said she hopes to extend her passions into a career in social work and the law. Ikor hopes to work with SRJ to bring reproductive change in the state.

“These bills are part of a cohesive strategy to further strip us of our power to live our most liberated lives,” Ikor said. “As a reproductive justice advocate, I strive to emphasize that the fight has never solely been about abortion access; this has been a fight for our human right to bodily autonomy.”

Ikor spoke about the continued fight for reproductive justice and the effects the potential Supreme Court overturn could have.

“As disheartening as it is, this leaked draft is not the official court ruling; I really want to emphasize that.” Ikor said. “Though we don’t expect the official ruling until this summer, this draft does include making it a lot more difficult to access abortion, which will lead to increased surveilance, criminalization and policing of those who choose to end a pregnancy with a disproportionate impact on the most marginalized among us, such as black folks, undocumented folks, poor folks — those who are already subjected to unjust state servailance and violence.”

Hutcherson called on elected officials to involve themselves on the issue.

“I plead to our elected officials, whether they are local, state, or national, please use your power and influence to help us. Our existence is being attacked and criminalized, and we must do something,” Hutcherson said.

Many students gathered at Piedmont Park to join the rally. Students held signs they had made, sat together and talked before the speakers began and created a safe space where they were able to be heard.

Freshman Eden Sharp went to the rally with some school friends.

“I try to take action whenever the opportunity is present; so, when my friend Anna told me about the rally, I instantly said I would be there,” Sharp said. “The rally taught me that change is not brought with ease; it is a long fight that must be endured.”

The rally not only enabled students to voice their own opinions on abortion rights and the possibility of Roe v. Wade getting overturned, but it also allowed them to hear from other women spreading information about more things than just abortion rights and injustices.

She feels the freedom of our country and everything we stand for is represented by the injustices happening in our world, and how we as people decide to handle them. Hutcherson cited statistics showing 70% support for Roe v. Wade, according to Pew Research.

“For over 30 years, support for Roe v. Wade has never dropped below 50%,” Hutcherson said. “By removing abortion rights, you are acting against the will of the people. The United States of America is supposed to be a free, promising place where one can pursue their dreams. If you truly believed in the statement ‘Liberty and Justice for all,’ then you would not be doing this.”

Jackson told the crowd about the different resources offered at FWHC.

“Every part of our humanity is at stake when policymakers try to intervene in our ability to make choices for our own lives,” Jackson said. “At FWHC, we’ve been providing abortion care since 1976; so, shortly after the Roe decision was originally heard in the court, we opened up and started providing care, but we didn’t stop at that. We offer transgender health services and hormone therapy, we offer contraceptive services for people who are trying to prevent pregnancy, fertility and insemination services for people, but have been turned away because of the identities that they hold.”

Sharp spoke about how everyone could be a part of change.

“The rally impacted my thoughts on how a singular person can not make a difference. Hearing others speak out on a decision that affects not just me, but every person in the U.S, felt comforting that change can be brought, even when things feel out of your control,” Sharp said. “To be able to stand with my friends and classmates [while] speaking out about an issue that is important and impactful, really meant a lot.”

Ikor said many other topics that go hand-in-hand with abortion and reproductive rights.

“This draft demonstrates an extreme view on the liberties granted under the 14th Amendment, most notably the opinion explicitly states its intended implications for contraception access and marriage rights,” Ikor said. “To emphasize, these attacks on abortion access do not exist in a bubble, as many of us are aware there have been numerous anti-LGBTQ, particularly anti-transgender bills that have been introduced across the country and in Georgia.”

Ball said the rally allowed her to have a physical outlet to express her feelings on the issue, rather than just being left alone with her thoughts.

“It was incredibly meaningful for me to be able to attend the rally, showing my support physically meant a lot to me, especially after most of my interaction in that political sphere was through the internet,” Ball said.

Hannah Silver is a sophomore and this is her second year writing for the Southerner. When she's not spending her time writing, she is doing cheer, participating... 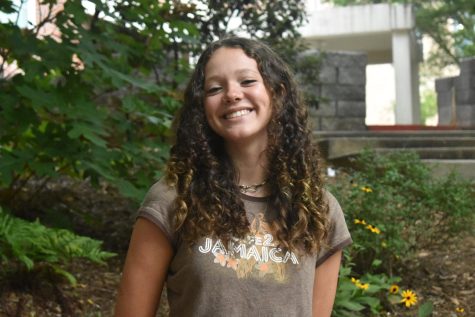 Carys Brightwell is a sophomore and this is her second year writing for The Southerner. She is a member of the Book club, Beta club, and Latin Club. In... 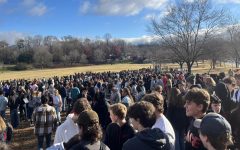 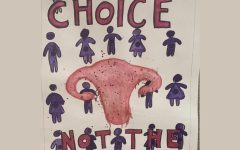 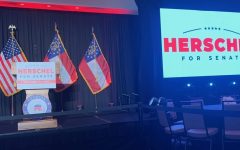 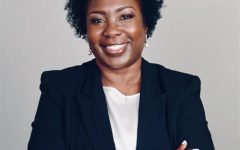 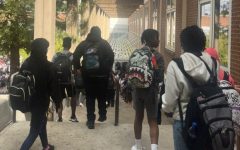 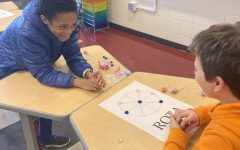 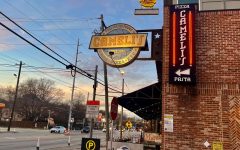 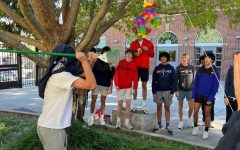