Teachers said parents, students and administrators often place unreasonable burdens on them. Because teachers interact directly with students, some teachers said the public often holds them responsible for issues that are beyond their control within the education system.

“I think that there is this expectation that we as teachers are supposed to somehow be perfect and just fix all these problems,” Latin teacher Scott Allen said. “It’s too much to expect of a human being to be able to do, and everybody has a breaking point. I’ll be honest. I love teaching, but this is the first year where … I have looked at my resume, which I have not done in 13 years.” Language arts teacher Susan Barber said teacher mental health in schools and school districts is correlated with the amount of autonomy schools and school districts grant to teachers.

“Where teachers have more autonomy, or teachers have the ability to make more decisions about what’s going on, specifically in their classroom, that’s where mental health is going to be,” Barber said.

“We’re trying to do the best for the kids, and we’ve got these people who are above us in the ivory towers telling us, ‘We want you to do all of these things,’ and we’re going, ‘Hey, we’re trying to get these children back on track. We’re trying to give these kids some sense of normalcy,’” Curtis said.

In addition to losing their autonomy, teachers also said communication from the district has harmed morale and self-esteem.

“Messages that come down from the district oftentimes, just make you feel like you’re not doing a good job,” Allen said. “I feel like many teachers have gone above and beyond over the last eighteen months or so to really reinvent themselves and what they’re doing, especially when we were all virtual. The message seems to be that, at least from the folks who are above us, is that whatever our efforts were last year were for naught. And that just makes you feel really devalued.”

Atlanta Public Schools has acknowledged that internal communication has been an issue within the district.

Teachers also face mental health issues outside of school. However, they are often pressured to stay strong for their students, many of whom struggle with issues of their own. “We want to try to put on the best face because many of you look to us for leadership,” Curtis said. “We are your daily leaders; so, you want to think, with everything that’s going on … There’s a lot of experiences teenagers have that adults still have. We struggle with the same things you do. We struggle with popularity. We struggle with body image. … We have the same problems that you have. You just don’t hear it from us.”

Teachers may also be impacted by their students’ mental health, which has also suffered during the pandemic, according to a January 2022 study published in JAMA Pediatrics, a publication of the American Medical Association.

“It’s not that I don’t talk to my students, I do, but just not as deep as I used to.” social studies teacher Noel Erskine said. “About 10 years ago, I was teaching in Gwinnett, a student came to me during lunch and told me that her stepdad was molesting her, and she told her mom, but her mom wasn’t doing anything about it. Of course, I told the principal, the social worker, the assistant principals. The way it would impact me is I take that stuff home, and I’m still thinking on it long after I’ve left the building. … [Because of] the toll it would take on me, I had to pull back from that.”

Willoughby said teachers are often told they need to take care of themselves, both for their own mental health and for the benefit of their students. However, many teachers do not have the means or the time to seek support for their mental health. Data from the Organization for Economic Co-operation and Development found that the United States has the third-highest working hours for upper secondary school teachers out of its 38 member nations.

“I think that for a lot of people, there’s probably reluctance and not really time to take advantage of talk therapy or some other things,” Willoughby said. “We get admonished that we need to be taking time for ourselves … In some ways, that becomes almost another stressor that we need to be fixing ourselves, as well.” 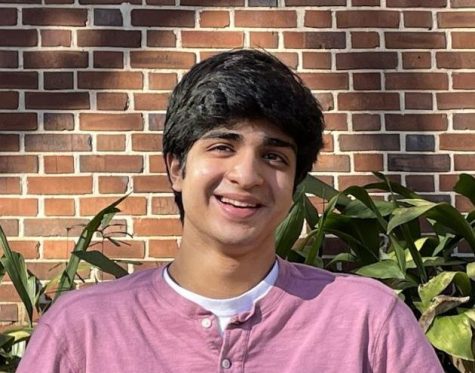