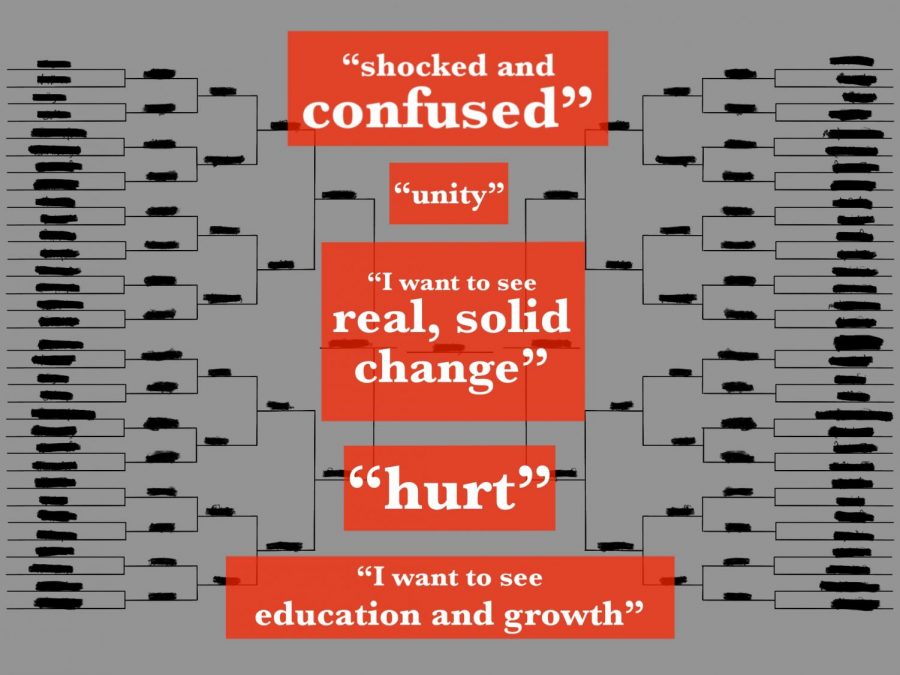 An array of junior girls expressed their emotions regarding the “March Madness” style bracket made over Spring Break by a small group of junior boys.

After an incident on social media prompted a discussion about social issues at Grady, classmates separated by Covid-19 restrictions found a sense of community.

In the off-campus incident over spring break, a small group of junior boys ranked 64 junior girls by name in a March Madness-style basketball bracket. The bracket was then posted on social media, leading to instant backlash and a wave of student emotions.

“I was shocked and confused and maybe a little bit curious,” junior Autumn * said. “I was wondering if it was juniors that wrote it, if my name was on it or if any of my friends’ names were on it. When I heard about it more on social media, I felt disgusted and upset.”

A number of female students across the Class of 2022 shared similar feelings of distress.

“The fact that these people are doing things, like a group of fourth-grade boys would do, it makes me sick,” junior Alaya Foote said.

Some students felt a collective sense of worry for the entire junior class, not just the 64 girls in question.

When junior Anna Westin heard about the bracket, she was with four of her friends, who are also junior girls. Their presence helped her process the event.

The bracket incident also resulted in a broader sense of school community, centered around support and bringing attention to the issues at hand. Students of various gender identities, including male, have joined in a collective dialogue about these issues, such as sexism, sexual harassment and assault.

“It kind of instigated more people to come out with sexual harassment and assault stories that happened at Grady, which I think is very important,” Autumn* said. “This bracket started a movement to make people more aware of sexual harassment.”

Others want to see change from Grady’s curriculum and administration. 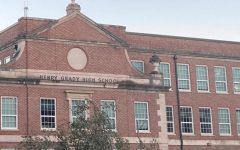 “I think after this bracket was posted, people have started to start important conversations,” Autumn said. “The school needs to offer more support to girls at Grady and some classes or assemblies to teach about sexual assault and harassment. People need to learn what’s okay and what’s definitely not okay.”

While some students support this discourse, others are skeptical about the possibility of change.

“I don’t think the bracket will spur systemic change,” Foote said. “In 10 to 20 years, things will get better if people are taught better. It’s not Grady’s fault because Grady itself is just a place; it’s the people. It’s the people around who are bringing these kids to their environment that are making the change.”

April* thinks students of the past, present and future will embody a movement to change the culture at Grady.

“I hope that some things will change, and I think it will change for some people,” April* said. “Overall, I don’t think it’ll start systemic change in the administration, but I think through the students, it’ll be more of a change.”

While students are looking to peers to be voices of change for tomorrow, Westin wants action from the administration today.

Grady is holding school wide listening sessions to promote student conversation and community growth and education. The next “Title IX Student Session” is scheduled for Wednesday, April 21 from 11:45 a.m. to 12:15 p.m.

Regardless of students’ personal feelings about the bracket, some believe it has created an opportunity for students to come together, in a school year that has kept everyone apart.

“If anything, I’d say it brought a lot of unity to our grade, the Class of 2022, like I’ve never really seen before,” April* said. “A lot of people joined together and were like, ‘Hey, this is really messed up.’ We all might not agree on certain things, but we can all agree that this is something that we don’t stand for.”

* Autumn and April are anonymous names