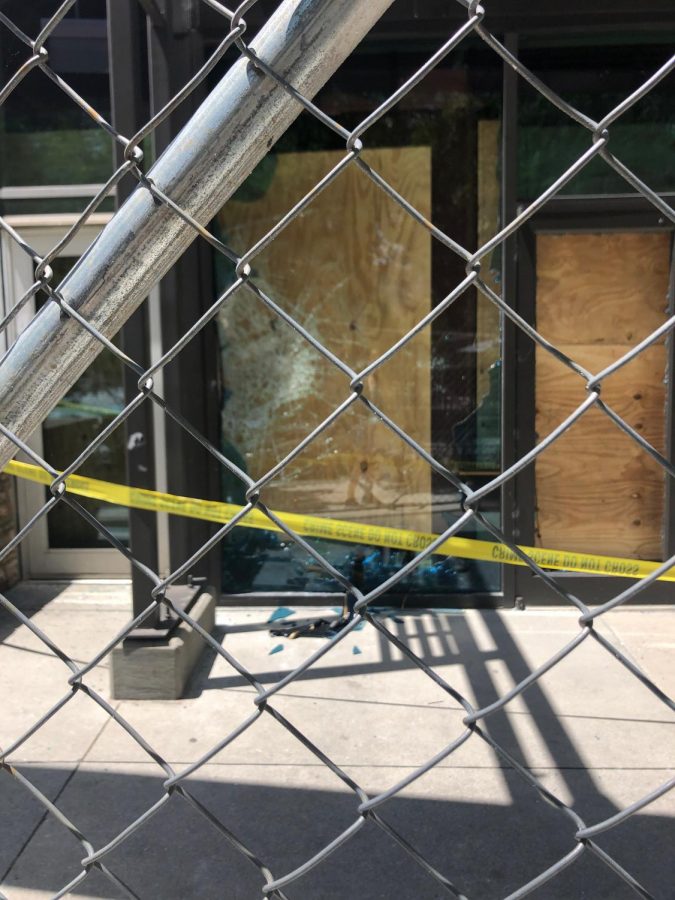 The aftermath of protests on May 29 and 30 in downtown Atlanta included smashed windows.

What I believe in this moment

First of all, this was a horrific moment. I believe that the police officer who murdered George Floyd should get the death penalty for his crime. I just could not believe the other officers didn’t do anything about it and just stood there like there was no one dying right behind them.

In my opinion, the burning of police cars and police precincts is well deserved. The police need to know how powerful people are when they are united. They need to understand that just because they wear a police uniform, they can not take someone’s life by standing on them.

Secondly, I clearly disagree with the looting of stores. This had nothing to do with the peaceful protests, especially those poor businesses who are not owned by a major company.