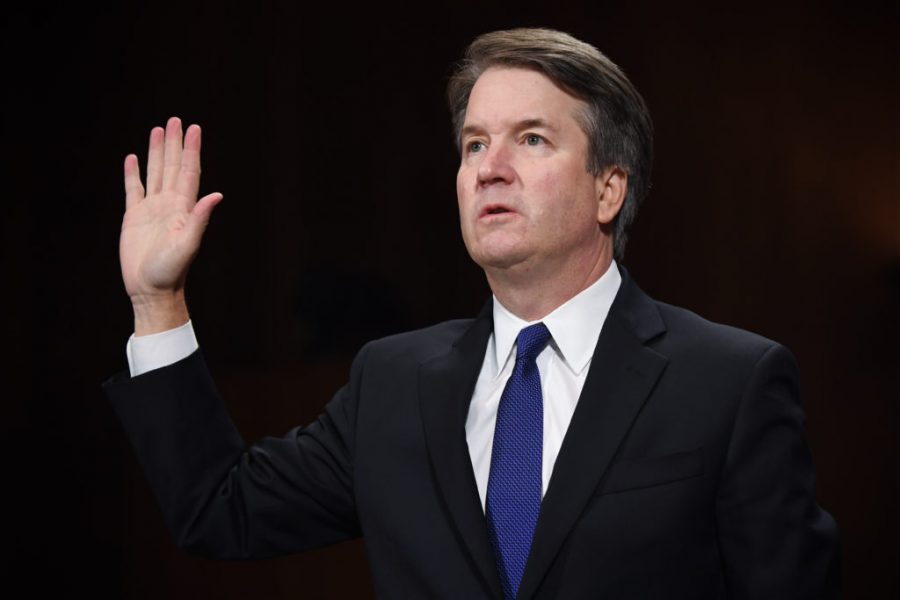 Gallery|2 Photos
Courtesy of Bloomberg via Getty Images
Supreme Court justice Brett Kavanaugh is sworn in before he testifies in a hearing on sexual-misconduct allegations.

Kavanaugh confirmation: “Disappointed but not surprised”

I can sum up my opinion on the Kavanaugh confirmation in four words: “Disappointed but not surprised” As soon as I heard the news that a woman had come forward I expected history to repeat itself. I held out hope that after Roy Moore had been denied in Alabama that perhaps that energy could carry over to the Kavanaugh confirmation, but it seems pedophiles is where we draw the line.

While the outcome didn’t surprise me, the course of events that led to it did. I expected them not to believe Dr.Blasey-Ford and watch Anita Hill repeat all over again, yet the Republicans somehow did worse than not believe her; they believed her and didn’t care. I was astounded by the Republicans’ utter lack of sympathy for Dr.Blasey-Ford despite the clear fear and trauma she displayed while testifying. The Republicans didn’t even speak to Dr.Blasey-Ford and instead spoke to her by proxy, through a female prosecutor, denying her the comfort and sympathy extended to her attacker.

But the mad rush to get Kavanaugh confirmed no matter what is just a sign of the times. Republicans no longer care about their own platform nor the values of this country, but instead about keeping their party in power. They don’t care about who is in office, so long as they call themselves a Republican. Roy Moore is one such example. Several women came forward saying that he was a pedophile, but he was still endorsed by President Trump and Senate Republicans. To their credit, Republicans initially denounced Moore, but after President Trump’s endorsement, they all did a 180 and backed off Moore. They aren’t willing to stand up to President Trump despite the fact that he has been spouting fascist sentiments ever since the campaign trail and most recently has even referred to himself as a Nationalist. Trump constantly rails against mainstream media, sowing distrust in news, an early sign of fascism along with his nationalist “America First” ideology. Yet, Republicans remain indifferent because defying Trump would mean losing part of their voter base, and possibly their seat in the Senate, House or other elected positions, and consequently their power. President calls himself a Republican, so it’s more important that he a Republican stays in power, than someone who actually stands for our country’s values.

As a result, some bend over backward to defend Trump despite the fact that he has repeatedly belittled and harassed fellow Republicans, including Attorney General Sessions and John McCain. Checks and balances only work if the people in power hold each other accountable. Devin Nunes, a ranking Republican member of the House Intelligence Committee, suggested that it was the duty of the Republican Party to protect the president. How can we expect our elected officials to defend us and our rights if they are more concerned about keeping their party in power than the welfare of the country?

If our elected officials won’t hold themselves accountable, we need to. Voting is the most powerful tool we have in a democracy, and it is our apathy towards it that enables them to continue this behavior. As Edmund Burke once said, “The only thing necessary for the triumph of evil is for good men to do nothing.”