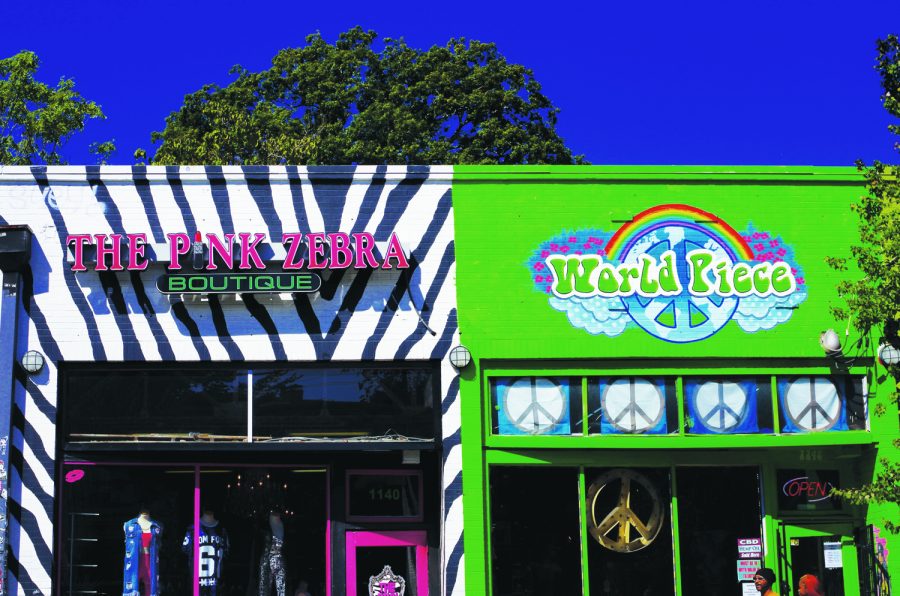 The Pink Zebra Boutique and World Piece, a Smoke, Vape & Hookah Shop, contribute to Little Five Points’ current retail scene. Located on Euclid Avenue, these storefronts add to the bright and unique variety of the area.

However, sophomore Zola Sullivan perceives Little Five Points similarly to how it was described in the past as  “open, accepting, wild, crazy, eccentric, not cookie-cutter or basic where everything has to look the same or be perfect.”

As someone who has grown up in Little Five Points, Sullivan enjoys the distinct edginess and believes that the people of the area are responsible for that.

“I like that Little Five has been able to keep its roots while still prospering with new people that will keep it alive,” Sullivan said.

Cramer believes that growing up in the Little Five Points area comes with its challenges, but gives young people an unfiltered and diverse perspective on the world.

“I think all of them have learned a lot of good lessons about life, and they look at the world very differently than they would if they grew up in Buckhead,” Cramer said. “When I walk through Little 5 Points, I feel like I have a more honest picture of the world than I do when I walk through Lenox or Phipps.” p

With reporting help by Kamryn Harty