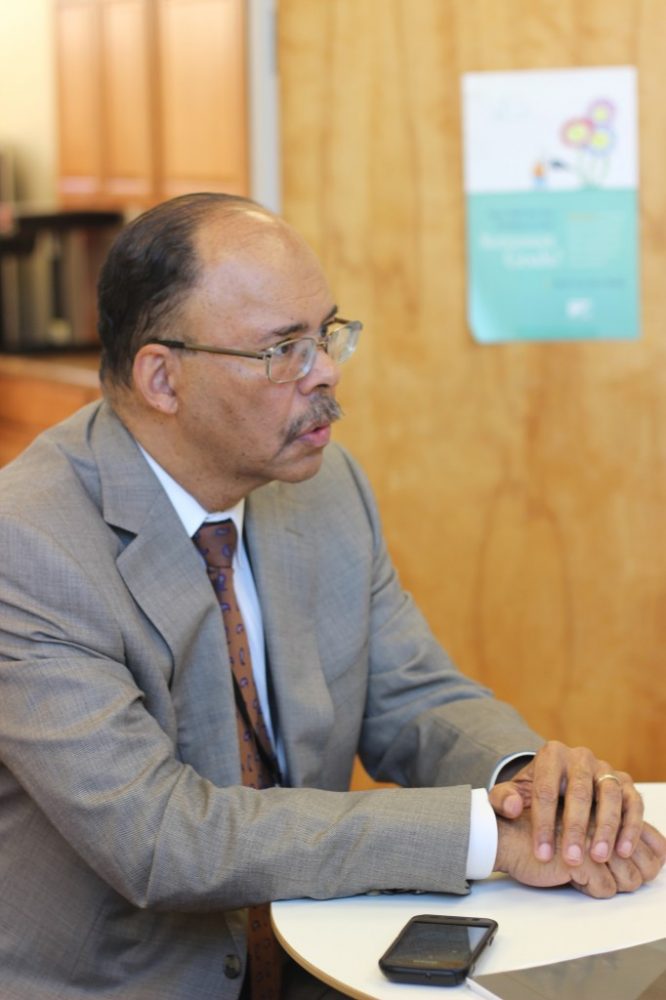 With the election of a new school board, the APS Superintendent Search Committee will begin presenting candidates to the board, continuing their quest to find the system’s next boss. Current APS Superintendent Erroll Davis’s contract—previously extended for a year—expires in 2014.

The committee is headed by Ann Cramer, the wife of Grady physics teacher Jeff Cramer and an active voice in the community. Cramer expects the school board to have chosen a new superintendent by early 2014.

The search began nearly a year ago. Members were chosen to represent each group the new hiring would affect, especially teachers, parents, community members and students. Washington High School senior Trevon Fitts is the student representative. He said he has had a very positive experience on the committee.

“The committee treats me as if I’m their own,” Fitts said. “I’m always asked [if] I have any input into conversations. I’m never left out of anything. When I have something school related, the committee understands that I’m a busy senior and they fill me in on the things I missed.”

Before they could begin searching, Cramer said, the committee conducted community meetings and surveys to discover what stakeholders were looking for in their next superintendent.

“That was a very wonderfully positive experience,” Cramer said. “What we found is that the community is really ready to move on, excited about the possibilities and clearly expecting excellence.”

Based on the meetings conducted from April to July, the committee created a report outlining the profile for the new candidate. Then, using that profile, members created a job description.

“The next superintendent of Atlanta Public Schools will be expected to hold children and their education as their central priority for every strategy and every decision,” Cramer said, reading from the document containing the job description.

Cramer loved the sense of balance in the job description.

“People may have diverse views, but you say, ‘Why are we here?’ We are here for every child, every child to get an excellent public education,” Cramer said.

In the aftermath of the APS cheating scandal, making the job desirable to top candidates must be a top priority, Atlanta Mayor Kasim Reed said in a press release.

Davis’s salary was $230,157, according to Open Georgia, a website which provides information about public finances. Reed wants to raise that figure to $600,000 for the newcomer, notably more than superintendents of cities like New York and Los Angeles, Reed’s own mayoral salary, the governor of Georgia and the President of the United States.

Reed thinks the extra money will attract candidates who might otherwise not be interested in leading a school system with as checkered a history, including a CRCT cheating scandal which made national headlines.

“I’m hoping this financial incentive will attract a high-caliber leader willing to accept these monumental challenges and not only heal this troubled school system, but make it thrive,” Reed said.

Reed has already had donors commit to giving a total of $1.5 million over a five-year period to inflate the salary.

“Not one penny of this extra compensation will come from taxpayers,” Reed said.

Reed pointed to our society’s willingness to pay athletic coaches, rather than educators, huge salaries. According to USA Today, 17 college football coaches will make over $3 million in 2013. Alabama coach Nick Saban heads the list with a salary over $5.5 million.

Cramer said that even without the promise of a tall salary, the job is still attracting the best candidates from around the country.

“The system is in a great city,” Cramer said. “It has a manageable number of students, it’s not huge like Los Angeles or something. It is vibrant and diverse and excellent. We are getting wonderful response. People are very interested.”

Cramer appreciated the high level of support from the mayor, but pointed out that the school board decides the superintendent’s salary, and said the salary will be what is appropriate for the school system.

The committee has chosen BoardWalk Consulting, an Atlanta-based firm, and Diversified Search, to lead the interviews with candidates.

“Over the last couple of months, [the firms] have talked with over 200 people who were either representing organizations or potential candidates,” Cramer said. “Out of that, [they] have had face to face meetings with over 20.”

Once the firms narrow down the candidates, the committee will begin interviewing in either late December or early January. The committee will recommend about seven candidates to the current school board, but the recently elected board will get to make the final call.

Cramer has no doubt the best candidate will be chosen in the process.

“You will be proud of your city when the school board makes their selection,” Cramer said. “It will be fabulous.”