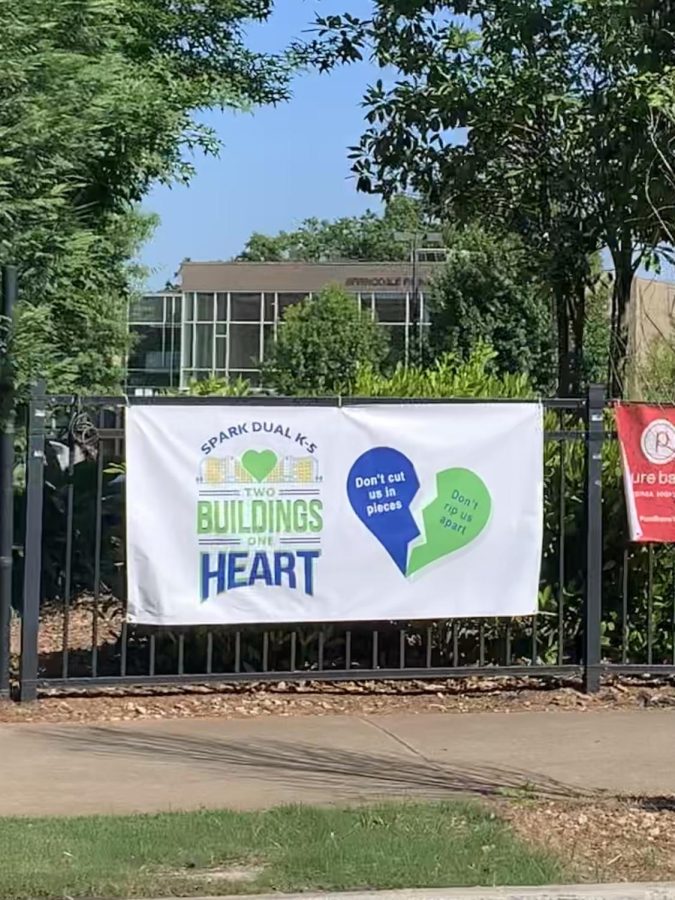 Atlanta Public Schools is planning to create a new K-5 elementary school in the former Inman Middle School building. A final decision is expected in August.

“I saw no reason that model would not serve children well,” Howard, who oversees the Midtown Cluster, said. “When I look at anything in the district, in my capacity as a board member, I’m looking at student outcomes; how that is going to affect how students do in school, and also, of course, the resources we provide to make sure it’s successful.”

If the board approves Dr. Herring’s recommendation, rezoning will go into effect in the fall of 2023.

The APS recommendation will also increase numbers of students living within the one mile walk zone of each elementary school.

“Schools in the Midtown cluster will continue to grow,” Howard said. “There’s room for all those elementaries to grow, and then I think there’s opportunities for additional resources and services to be provided with room like pre-K, maybe extension of autism classes and some other opportunities that I will be pressing in on the district to make sure are explored and happen where appropriate and fit with the needs of the community and the school.”

Some stakeholders are unhappy with the proposal, saying it would create unnecessary upheaval and is not allowing enough time for enough community input.

“After the past three grade levels of disruption, we’re looking for some stability for our students,” SPARK parent Amy Harward said after a community engagement meeting on the plan earlier this week.

“Not only would those 500 kids be displaced to a new K-5 with different peers, the current ones there are left with a shell of a school of something that’s not really SPARK anymore; it’s not their peers or friends,” SPARK parent Jessica Olson said.

APS was considering two different options: the new K-5 and a “SPARK K-5” dual campus expansion, which would involve a K-2 primary campus at SPARK and a campus for grades 3-5 at Inman. Supporters of the dual campus plan say it is less disruptive, rezoning only the 184 Morningside students as opposed to 857 students for the new elementary school. APS ultimately decided against the dual campus plan and submitted the recommendation for the new K-5 elementary school.

Mary Lin parent Michelle Kotheimer surveyed community parents to see how many favor keeping Inman Park in the Mary Lin zone versus redistricting that neighborhood to SPARK. She said over 78% of the families surveyed said they wanted to keep Inman Park in Mary Lin.

“I’m very concerned about the reduction of student capacity to 62% after [Mary Lin] was invested in within the last 10 years with millions of dollars of expansion,” Kotheimer said at the community engagement meeting. “I have concerns about not only the building sitting half empty, but also what the budget loss will mean to students at the school in terms of specials programming, gifted and talented programming, all the other things that make our school special.”

Critics of the plan to create a new elementary school say the move also doesn’t solve the larger problem of overcrowding at Midtown High School. Without any changes, the school is projected to operate at 107% capacity in the 2026-27 school year, according to data from the Sizemore Group.

“The Midtown High School level is where the real overcrowding is,” Harward said. “We’re asking for a solution that prioritizes Midtown High because all of these elementary school kids want to go to high school there, and until they fix that problem, we’re going to have to be doing this again and again and again.”

Midtown Principal Dr. Betsy Bockman said the projected numbers for Midtown are a challenge as the school lacks the physical space for expansion.

“To solve problems like this, you really have to be creative, and it’s a negotiation,” Dr. Bockman said. “If all the parties don’t want to change anything, then you’re just going to get the same thing. People are really going to have to compromise or be open to different things and different experiences. Sometimes people are afraid to change and afraid of what they don’t know, but with education, you have to put the trust in that it’s going to work out, and we have really smart leaders and principals in the cluster.”

Regarding concerns of overcrowding at Midtown, Howard said schools in the district are interconnected, and relieving elementary school overcrowding is the immediate priority. Without any changes, Morningside is projected to be operating at 103% capacity in the 2026-27 school year and SPARK at 106%.

“The conversation has to be holistic about the entire system,” Howard said. “We’re not done with the conversation. This is applying to elementary, and just because we’re doing this doesn’t mean we’re taking the eye off the ball for high school overcrowding.”

APS is encouraging community input on the recommendation for the new K-5 over the next few weeks. The final vote is set for Aug. 11.