the Southerner Online • May 20, 2022 • https://thesoutherneronline.com/88675/comment/class-ranking-outdated-should-not-determine-academic-achievement/ 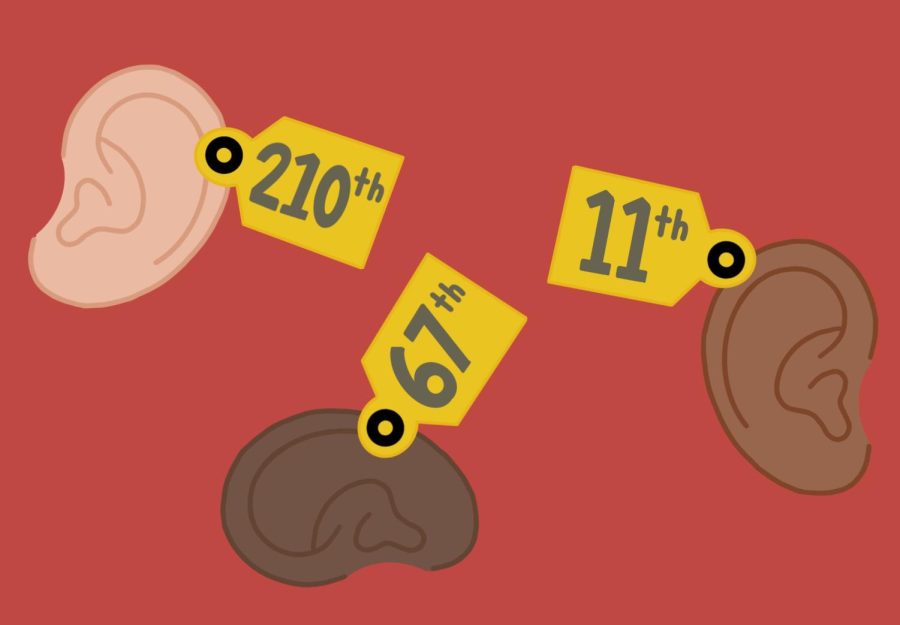 Class rank can hurt the mental health of students as they feel identified by a number pitting them against their peers.

At Midtown, the prospective career paths are as diverse as the student body and a class rank does not cater to the futures of most students.

In most high schools, students are annually ranked according to their cumulative grade-point average (GPA). Class rank was once a major component in admission decisions. But according to a 2016 report by the National Association for College Admission Counseling, more than half of all high schools no longer report student rankings, including many small private and competitive high schools.

Additionally, only nine percent of colleges attribute a significant importance to it in the admissions process, a significant decline from 23 percent in 2007 that shows its continuous diminishing value. Class rank was widely described by admissions officers as the “fuzziest” among the traditional measures of student quality, further proving its inefficiency as a proper tool.

Class rank has also become an increasingly arbitrary measure of success due to the discrepancies in class ranking policies across varying school districts. Some schools accumulate scores from all classes, while others only include core academic classes. Many even weigh each class differently based on rigor and style. This, in turn, makes it extremely difficult to use this data as a uniform measure of comparison for all students.

Major differences in the academic abilities and size of student populations at different high schools disproportionately affect many college prospects, as well. For example, if a student attends one of the largest or most high-achieving schools in the country, their rank could be computed as much worse, even if they are scoring high.

The common reasons for releasing class rank fall under two main categories: to display knowledge and encourage knowledge. When the efficacy and use of it in admissions offices is removed, the purpose “to display” must be questioned.

For many students, this can only steer focus away from core education and instead to the “game” of their percentile. Small variations in GPAs are usually statistically insignificant, penalizing other students who are also highly-qualified but who may be overlooked by elite colleges because they are not one of the top 10. Especially in a feud for the title of valedictorian, there are accounts of ingenious twists of the system to one-up an “opponent” for a small speech.

It’s tough for a student to customize their high school career when they’re obsessed with only taking the courses that will put them closer to the top of the class. Advanced Placement courses, which have a 10-point curve, are abnormally encouraged by class rank, which could push students to overload themselves during their high school years, which can be extremely detrimental to their mental health. Unlike other scales of measurement, this stress is motivated solely by comparison and also discourages unweighted courses, such as the arts, that could peak personal interest but do not contribute to an on-paper pillar of excellence.

Also, releasing class rank does not push all students to achieve more or motivate further engagement in education. Besides a small group of top-ranking students, class rank can, on the contrary, take a toll on students’ mental health regarding sense of self-worth or their confidence as learners. If we say our other purpose is to motivate knowledge, then computing class rank directly counters that purpose.

Academic achievement should be demonstrated in terms of rigorous and challenging learning criteria, not in terms of a student’s relative standing among classmates, for the health of the student body and the integrity of the college admissions process.