the Southerner Online • May 12, 2022 • https://thesoutherneronline.com/88560/comment/wimbledon-ban-of-russian-athletes-unfair-sets-dangerous-precedent/ 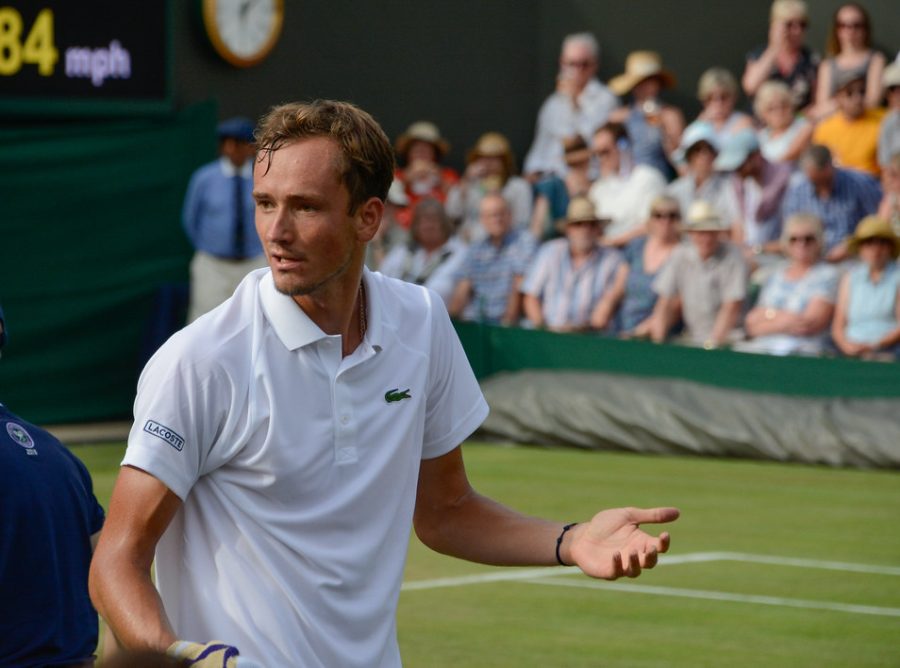 World No. 2 Daniil Medvedev is one of the notable players who will not be allowed to play at Wimbledon under the new ban of Russian and Belarusian athletes. Bans such as the one at Wimbledon are unfair to athletes and set threaten the unity in world sports.

On April 26, Wimbledon, one of the four tennis Grand Slams, became the latest sporting event to ban Russian and Belarusian athletes from competing due to the ongoing invasion of Ukraine.

The Wimbledon ban joins the long list of political, economic and athletic sanctions imposed on Russia, which are collectively attempting to force Putin to change course on the invasion of Ukraine. While many of these sanctions against Russia are necessary in trying to deter Putin from the ongoing invasion of Ukraine, punishing specific athletes who have nothing to do with the conflict is unfair and only sets a dangerous precedent for the future.

In a statement, the All England Club, which hosts Wimbledon every year, said that it is merely doing its part “to limit Russia’s global influence through the strongest means possible.” However, in the grand scheme of things, their move to ban Russian and Belarusian players will not have much impact in stopping the Russian invasion of Ukraine, and will only harm athletes who have trained for decades to compete in the tournament and have no involvement in the war.

The tennis players impacted by the ban include World No. 2 and defending U.S. Open Champion Daniil Medvedev, as well as World No. 8 Andrey Rublev. On the women’s side, those who can’t play under the new ban include former World No. 1 and two-time Grand Slam Champion Victoria Azarenka, and World No. 4 and 2021 Wimbledon semi-finalist Aryna Sabalenka, both of whom were born in Belarus.

One of the main motives behind Wimbledon’s ban is the fact that Putin cultivates enormous domestic prestige from the successes of Russian athletes, who he utilizes in his nationalist and pro-Russia propaganda. For example, in Putin’s March pro-war rally at Moscow Stadium, he was surrounded by over a dozen of Russia’s most famous athletes, including several Olympic medalists. While fighting the nationalistic attitude created by Putin through the successes of Russian athletes is necessary in stopping the invasion in Ukraine, an outright ban of Russian and Belarusian athletes is not the way to do so.

Instead, sporting events should act in a similar manner to the Olympics, which allowed Russian athletes to compete in an independent organization or committee rather than under the Russian flag. A move like this would allow Russian athletes to compete while still taking a significant amount of prestige away from Russia and Putin. Athletes cannot control where they were born, and penalizing them for something that they cannot control is simply unfair. It would be different if these were athletes who directly supported the invasion, but most have spoken out against the conflict and called for peace. Athletes like Medvedev and Rublev have been doing the most they can to promote peace, on social media and in public appearances, yet are still being penalized as if they support the invasion.

On top of this, sporting sanctions against Russia in the past have not produced their intended results. Russian athletes have faced a wide array of sporting sanctions, including doping bans, the movement of sporting events outside of Russia and stripped national symbols, with none making significant impacts on Russia’s use of hard power and aggression against their neighbors.

Instead, such bans set a dangerous precedent which could backfire in many ways, including sporting organizations setting bans on athletes from other countries, which would only increase the polarization of world sports today. Tennis, and the world of sports as a whole, is meant to be a uniting factor between countries. However, such bans destroy this unity and single out athletes based on their nationality. While the goal of these bans is to end Russia’s aggression and use of hard power while avoiding a physical war, such actions will lead to unintended and potentially dangerous consequences.

Though many of these sanctions have achieved their goal in hurting Russia, others, like the Wimbledon ban on Russian and Belarusian athletes, have gone too far. Athletes cannot control the actions of their country, and thus should not be penalized for those actions. Doing so is blatantly unfair to these athletes, especially when most have spoken out against the invasion and called for peace between Russia and Ukraine.