the Southerner Online • May 10, 2022 • https://thesoutherneronline.com/88541/sports/ghsa-approves-bill-banning-transgender-athletes/ 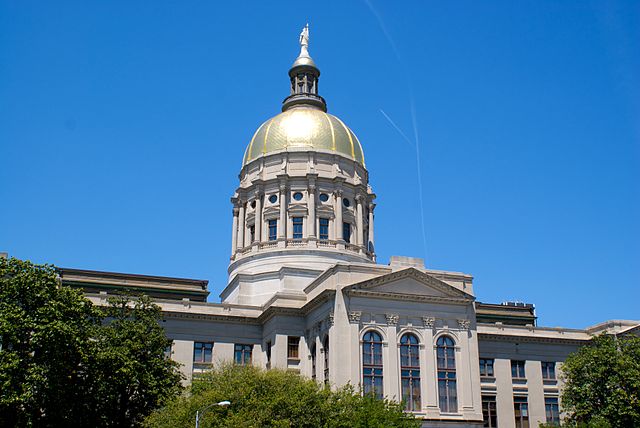 Senate Bill 435, also known as the “Save Girls Sports Act,” attempts to exclude transgender youth from participating in high school sports. While the act has yet to be signed by Gov. Brian Kemp, it sparked a new wave of legislation targeting transgender youth in Georgia.

House Bill 1084 was introduced in late January as an education bill that would limit the discussion of race in classroom settings. The topic of transgender athletes was added to the bill last minute and on April 28, HB 1084 was signed by Governor Kemp.

Like the “Save Girls Sports Act,” a portion of HB 1084 aims to prevent trans high school athletes from being able to compete in public high school sports. However, unlike before, the bill would create a new committee regarding trans athletes and would allow the Georgia High School Association (GHSA) to decide whether or not trans athletes may compete. On May 4, the association decided that athletes need to play on a sports team that matches their assigned gender at birth.

“The Georgia High School Association is the body that governs the majority of high school sports in Georgia,” athletic director Patrick Johnson said. “There’s a few schools that operate outside the GHSA, mostly private schools, but for the most part, it’s an organization kind of like the National Collegiate Athletic Association.”

The GHSA has over 465 voluntary members, both from public and private high schools. The decision to ban trans student-athletes many schools and students has affected many students and schools. .

“I think it is ridiculous,” senior Malori Switzer said. “I think it’s just another way to exclude trans kids from finding a community of people who could support them. It’s also a way of excluding trans kids from sports.”

Regardless of gender, participating in sports is a method to keep students active while also creating experiences that can have lasting impacts.

“[Sports] has been one of the biggest factors in my life,” Johnson said. “I think it can have a really positive effect in other areas of a student’s life … it teaches discipline and competition and character, fighting through adversity and how to work on a team and how to accomplish your goals. The list can go on and on.”

According to a study from the national library of medicine, participating in sports can also improve athletes’ mental health. Additionally, according to the Trevor Project, a nonprofit organization focused on suicide prevention efforts among LGBTQ youth, trans youth are greater than two times more likely to consider suicide or to have serious depressive symptoms due to their interactions with others.

“There’s bullying and harassment from peers,” Switzer said. “If you’re in an area that’s not as accepting, you could also not be accepted by your parents. That is a whole other level of horrible for these kids.”

Switzer, who uses they/them pronouns, believes that by playing sports, students, regardless of gender identity, may be able to find community, support and friends. Sports could even be used as an outlet to escape hardships in life. However some disagree and believe that the debate on trans athletes is not based on discrimination, but instead based on biological benefits that trans athletes may have. The GSHA ruled that by excluding trans athletes, competition would be more fair for the people who identify as the gender they were assigned at birth.

“There are problems with advantages,” sophomore Milner Ball said. “Especially at a high school level where the [performance] differences can be so large.”

Despite this, Ball believes trans athletes should not be excluded from participating in sports.

“I feel like that [decision] would really hurt our community … being a closed door to a large group of people that could easily play games as well as anyone else,” Ball said.

For now, HB 1084 will join a growing number of legislation focused on excluding trans athletes.

“I think a lot of the debate surrounding the question is more about a lack of understanding about what it means to be trans,” Switzer said. “I feel like a lot of people sort of assume that people are trying to get a leg up by operating in a different gender pool. It’s not about the sport; it’s about gender expression and gender identity.”