the Southerner Online • May 9, 2022 • https://thesoutherneronline.com/88509/lifestyle/ae/senior-one-acts-showcase-talent-imagination/ 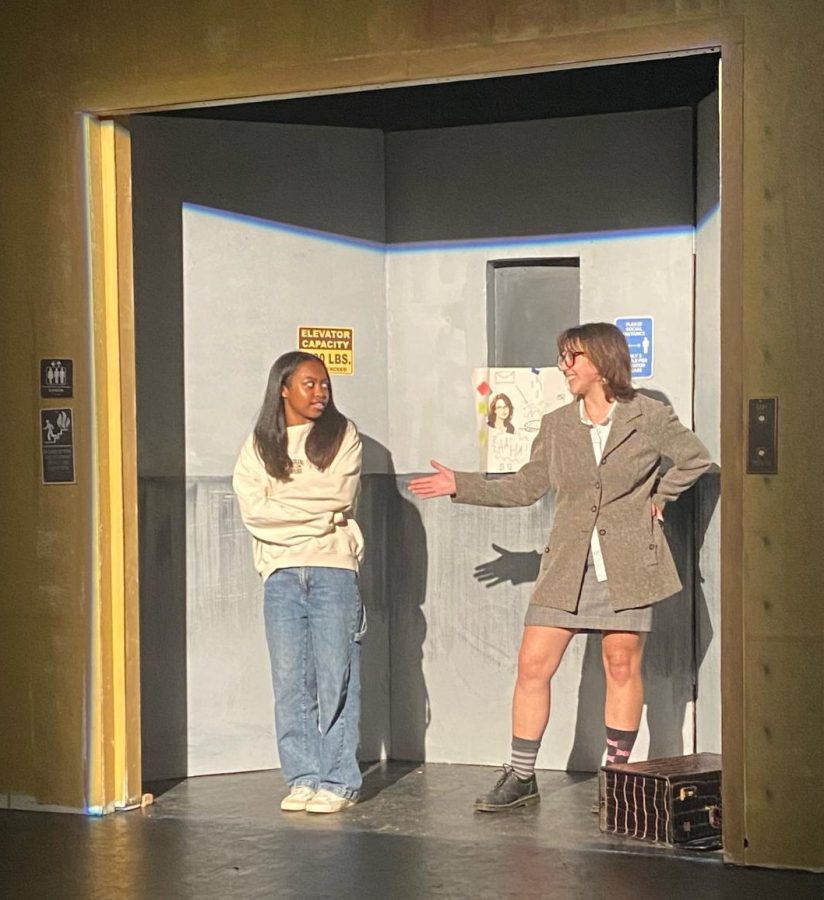 Senior One Acts are a time for senior thespians to direct and have full creative control over a production of their choice, bringing in students from all grades to fulfill their visions.

Senior Alaya Foote wrote and directed her one act “Elevator Pitch.” Foote has been looking forward to this since she started in the theater program.

“I decided to audition for Elevator Pitch because the idea of your character being a zodiac sign was really interesting to me and I thought it would be fun,” sophomore Sydney Matthews said.

Senior One Acts open up opportunities for students not in theater or in other grades to participate in theater productions. Sophomore Luna Bock was cast to play Hannah in senior Che Aycox’s one act, “The Blueberry Hill Accord.”

“When I decided to audition for the Senior One Acts, I honestly didn’t really care what show I got as long as I got cast in one,” Bock said. “That being said, I am really glad that this is the show I was cast for, because I think the script is really good and my director Che Aycox is super sweet, and I’m glad I get to work with her.”

Bock participated in Midtown’s production of ‘Mamma Mia,’ which was produced by English teacher Lisa Willoughby, and finds having a student director instead of a teacher director as a whole new experience.

“Something I have noticed by being directed by a student rather than a teacher is that the student directors take more of a friendly stance towards you and really take the time to get to know you,” Bock said. “I think that it’s important to have this kind of relationship with your director because it makes the production process really smooth and easy for everyone involved.”

Producing a show comes with challenges for student directors, as they have to learn throughout the process of creating the one act.

“Trying to translate what I put in words into actions can be challenging because the characters that I’ve made are a little vague,” Foote said. “Since my thing is a comedy, you have to know the characters and you have to portray them in the correct way in order for it to be funny.”

Senior one acts take place May 6 and 7, and the casts are putting in the work to be ready for opening night. Foote made sure to make even the small things fun to ease the actors before rehearsing.

“In every rehearsal, we stretch, but we stretch to heavy metal music,” Foote said. “I love just getting people to loosen up before we start acting,  so we do like little warmups, and I have a lot of fun doing that.”

Directing these one acts provides experience for seniors and brings their ideas to life.

“I love directing so much; it’s what I want to be when I grow up,” Foote said. “You create a vision and then have people reenact that vision. It’s really cool to see people turn your vision into real life.”