the Southerner Online • May 3, 2022 • https://thesoutherneronline.com/88494/comment/book-banning-hurts-younger-generations/ 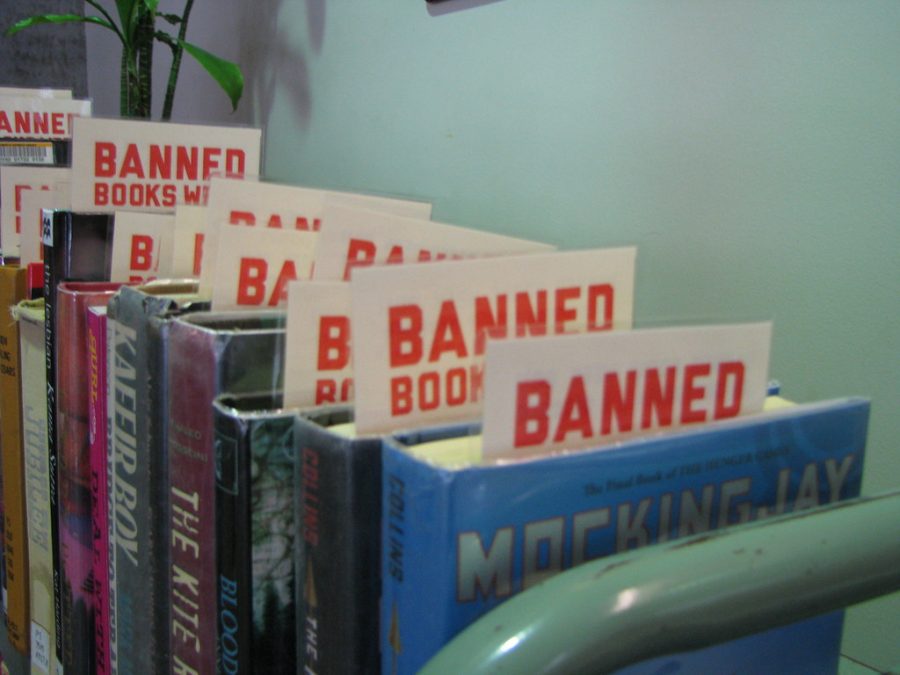 The trend of book banning has recently returned, with states and school districts across the country voting to ban books that deal with controversial issues.

Book banning has returned. The trend has been around since the times of Nazi Germany, however, it really started to take shape in 1960s and early 1970s America when authors like J.D. Salinger, Harper Lee and Toni Morrison first started to write books about controversial issues such as race and sexuality. The books that were banned mainly consisted of modern-day classics such as “The Bluest Eye,” “To Kill a Mockingbird,” and “The Catcher in the Rye.” Now, as authors continue to write about such prevalent issues, America has seen a return of those who want to silence these authors and “protect” their children.

In October 2021, Texas State Representative Matt Krause put more than 850 books on a 16-page watch list, with many of the books dealing with important issues, such as race, gender and sexuality. Then, the school board of McMinn County, Tennessee voted unanimously to ban “Maus,” the applauded Pulitzer-Prize-winning graphic novel about the Holocaust, saying that while they didn’t object to teaching about genocide, the book was “too adult-oriented for school use.”

Books have been the targets of nationwide bans in America for over a century, and “Maus” is neither the first nor the last casualty of this trend. Those who are banning books claim they are doing so for the safety of children, but instead are leaving children ignorant to the world they are living in, and are doing more harm than good.

Our world is filled with complicated issues and a history of unspeakable crimes against humanity, such as the Holocaust and slavery. These are events that have happened and cannot be erased from history, as hard as some may try. It is not fair to leave out the bad parts of history or ignore sensitive parts of our society by attempting to ban the books which cover these topics. We should promote the discussion of these topics rather than trying to silence them, which, in turn, leaves children and teens unprepared for the “real” world.

No book can realistically depict the tragedies of the Holocaust without showing wickedness and cruelty because the Holocaust was just that. Books such as “Maus,” which details the cruelties that illustrator Art Spiegelman’s father suffered in the Holocaust, illustrate these issues in the safest way possible and allow children to be educated on these events at their own speed and when they feel like they are ready for it. For example, “Maus” uses mice instead of Jewish people and cats instead of Nazis to make the events of the Holocaust easier to understand for children and teens. This prevents teens from getting blindsided by this information when they grow up.

When I was 8 years old, I first read “To Kill a Mockingbird,” one of the most frequently banned books due to its racial themes and controversial plot. At that time, I was naive and clueless about the topics of racism and inequality which were, and still are, prevalent in our society. That book and others that cover sensitive topics have provided me and other children with invaluable knowledge and perspectives that I wouldn’t otherwise have had access to. By banning books that deal with controversial topics, we are stopping other children from learning important issues, and depriving them of the same knowledge I was able to gain.

The place where book banning is most dangerous is also the place where the most book banning is happening: schools. A child’s politics and identity are shaped in school, and because of this, students need the widest array of materials to learn from, including books like “Maus,” which schools are currently attempting to ban. Schools must recognize the importance of teaching books like “Maus” and should promote reading them as a way of learning about important events and controversial issues.

Books serve as an influential tool to challenge societal norms and inspire and educate new generations. Banning books, especially for young readers, blocks off new worlds of thought and deprives readers of new perspectives. Each book tells a story, and that story deserves to be heard, not silenced. Book banning is an extremely harmful trend that must not make a resurgence; otherwise, we are putting future generations at a huge disadvantage when entering the “real world.”