the Southerner Online • May 4, 2022 • https://thesoutherneronline.com/88485/lifestyle/gradycares-hosting-comedy-night-seeking-donations/ 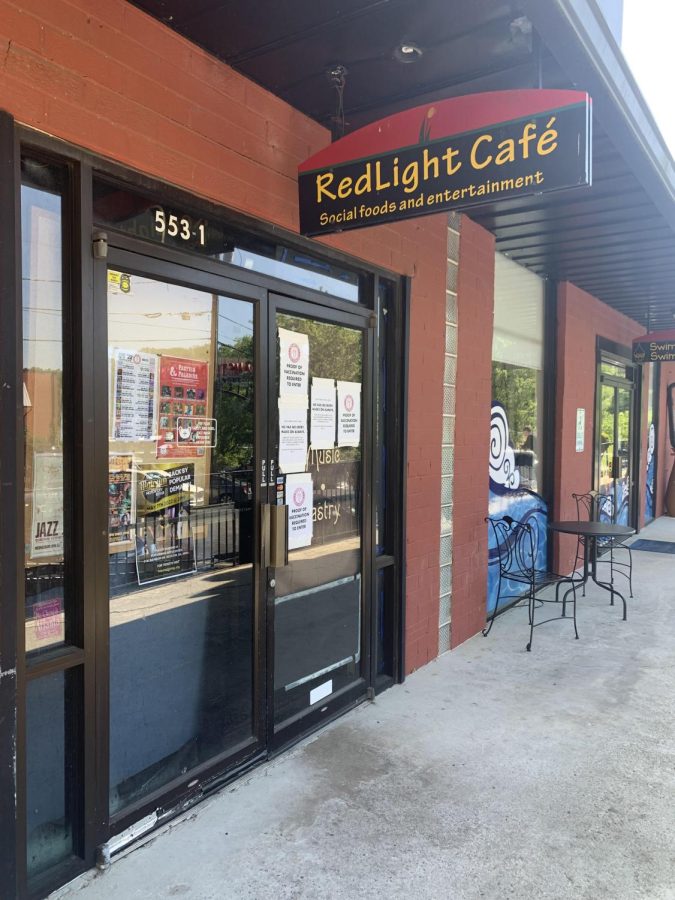 GradyCares is hosting its first in-person fundraiser, a comedy night, at Red Light Cafe on May 12. Midtown parent Linda Brenner first founded GradyCares in 2018 after discovering the extent to which homelessness impacted her community.

Laughter is the best medicine. This mantra has held true for GradyCares, a service organization targeting Midtown families in need. The organization is hosting its first in-person fundraiser, a comedy night, at Red Light Cafe on May 12.

Midtown parent Linda Brenner first founded GradyCares in 2018 after discovering the extent to which homelessness impacted her community.

“In 2018, I became aware of the fact that there were almost 200 students at my son’s school, Inman Middle School, who were categorized as either experiencing homelessness or in transitional housing,” Brenner said. “There were almost double that number at the time at Grady High School. This completely blew my mind, because I had no inkling that so many kids and families in our own community were struggling to this extent.”

Brenner began working with the principals of both Inman and Grady as well as with those who knew about community groups, such as PTOs, which existed around the cluster.

“It became clear that there was a need for immediate emergency assistance in the way of food, clothing and personal supplies for students and their families who are struggling — and that’s when Grady Cares was born,” Brenner said.

The organization is now entirely funded by volunteers and donations from the community, hence the purpose of the comedy night. Sophomore Max Brenner, Linda Brenner’s son, has participated in some of GradyCares’ projects.

“I helped make backpacks for the homeless population in Midtown, which included a bunch of basic but necessary school supplies,” Max Brenner said. “All of the supplies came from other families in the district through money donations or supplies. I feel that this project was an amazing one, because it enabled many different students to be able to do what they need to do in school.”

GradyCares’s comedy night will be hosted by six young comics, including Nashville-based stand-up comedian Marcus Lustig. Lustig works at the world’s largest stand-up comedy record label and production company, 800 Pound Gorilla Records, and recognizes the prestige of some of his fellow comedians at the event.

“[This is a] really incredible group of professional comedians who combined have performed all over the country at some of the top comedy clubs,” Lustig said. “[Some] have performed at ‘Just for Laughs,’ which is the world’s largest comedy festival and have performed on Comedy Central.”

Lustig’s dream is to make a career out of comedy, something he sees as a special activity where people from all walks of life can come together and laugh. He also sees comedy as an effective means of communication, in a lighthearted way.

“It’s such a pleasure to as adults go out for a night and get to be silly,” Lustig said. “I think that also when you make people laugh, it’s sort of a bargain where it’s like, ‘I’ll make you laugh, but secretly you’ll be listening to my ideas and my thoughts about what’s going on in the world and my thoughts about life.’ When you make it funny, people will listen to you.”

Lustig notes how he is excited about the event not only because he loves comedy, but also because of its benefit to the larger Midtown community.

“I think, as comedians, we’re always looking for opportunities to perform and to get to do what we love, and to have it be a way to raise money for such an important cause is really a pleasure and an honor,” Lustig said. “It’s always exciting to do a kind of a show that feels more special than a regular show, because it’s tied to something bigger than a company and more important because of the charity aspect.”