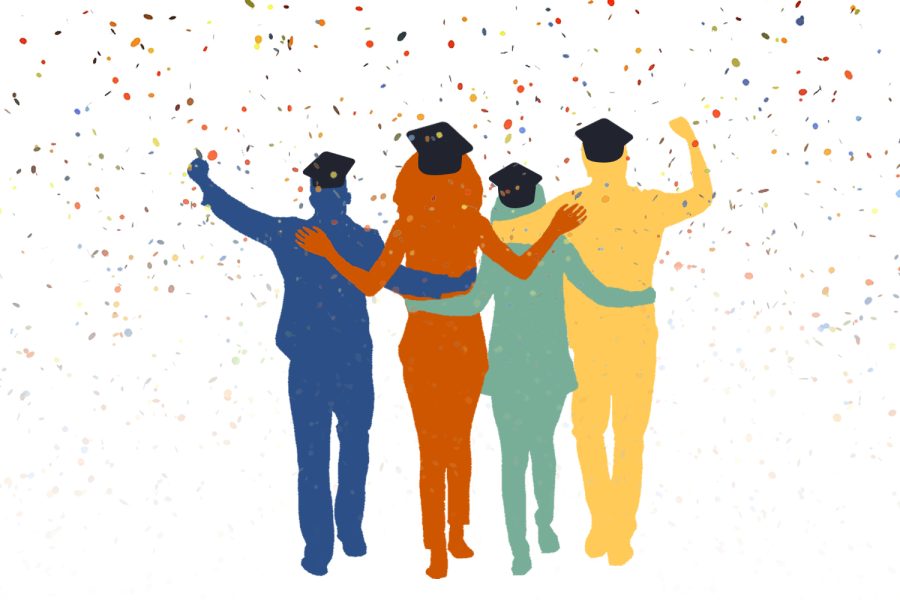 The Posse Scholarship was founded in 1989, and the Atlanta branch of the Posse Foundation was started in 2007. The current schools partnering with Posse Atlanta are Boston University, The College of Wooster, The George Washington University, Brandeis University and Bard College.

“I never would have dropped out of college if I had my posse with me.”

These words, spoken by an unknown former college student, sparked the creation of a scholarship foundation that has since sent over 8,000 students to college.

Founded in 1989, The Posse Foundation provides full-tuition scholarships to high school students in the United States. The foundation partners with colleges and universities nationwide to help send and support students on their post-secondary school journey.

“Posse was designed to find students who might get overlooked in a traditional college admissions process, which can mean a lot of different things,” Posse Foundation trainer, Markie Morrison said. “We really look for students who have non-traditional leadership and want to continue to grow as leaders and represent their community.”

Morrison joined Posse as the foundation fulfilled her wish of working in the non-profit sector, with an emphasis on education. She highlighted the namesake of the scholarship, a “posse,” and the integral role that it plays in creating a support group for students. Each foundation partner school, has a posse and consists of approximately 10 students from a foundation partner city.

Posse differentiates itself from other full-tuition scholarships as it focuses on continuous leadership development and the “posse” cohort model, Morrison said.

“Posse was started because a student said, ‘I never would have dropped out of college if I had my posse with me,’” Morrison said. “The idea of sending 10 students together to a certain school so they have a support system of people where they’re from, who know them and understand them is important. They have these nine other people who they can lean on and hold them accountable for things and support them throughout college.”

Eligible students from Midtown start the process of applying to the scholarship during the latter half of their junior year. The process begins with a student’s nomination by an active supporter in their community. Once nominations are confirmed, Posse’s selection process begins. The process of committing to Posse is an early decision, binding agreement, Morrison said.

“In around August of a student’s’ senior year, we go through what’s called our dynamic assessment process (DAP),” Morrison said. “During that time, we have three rounds of interviews, and we’ll get about 1,200 nominations each year. We spend a couple of weeks doing large group interviews, and then we’ll invite some students to DAP 2, which is a more intimate interview with Posse staff members. Then, we narrow it down and invite people to our last round interview, which happens in December. At that point, we have matched them, based on a mutual selection process, with one of our partner schools. In that third round, they’ll be interviewing for one specific school.”

Seniors James Washington and Ava Smith are official Posse scholars for the Class of 2026. Washington matched with Bard College in Kingston, NY. He never would have known about Bard College if not for Posse.

“Bard was definitely introduced to me through Posse,” Washington said. “I don’t even think I’ve ever heard of it before; so, I had to do a lot of research … Just stick with [Posse] because you never know what might happen — and you might end up liking the college you pick even more.”

For Washington, being a part of Posse has eased some of the nerves that come with being a freshman in college.

“I think one of the biggest fears that people have when going to new places is having to make new friends and meet new people,” Washington said. “I don’t have to worry about that as much as others because I already know nine people on campus. There’s also Posses on campus that came before me; so, I just happen to know them, too.”

Grady alumna Taylor Jackson was selected as a Posse Scholar for the Class of 2019. Jackson currently attends the College of Wooster in Wooster, OH. Posse opened up a new field of opportunities to Jackson.

“I come from a low-income family, and I knew I wanted to go to an upper echelon school, especially a private, smaller school,” Jackson said. “I could have stayed in Georgia and probably found a more affordable school, but I really want to go pretty far from home. I’ve always been really independent, and I just wanted to really test that independence.”

The Posse scholarship also hosts a range of post-graduate possibilities, such as internship opportunities and personal mentorship. Taylor graduates from the College of Wooster in 2023, and has words of advice for students starting the nomination process.

“Authenticity is key — the trainers from Posse really love fun personalities,” Jackson said. “In other words, they don’t like people who are trying to appeal to the scholarship. At the end of the day, the schools are looking for different types of individuals.”