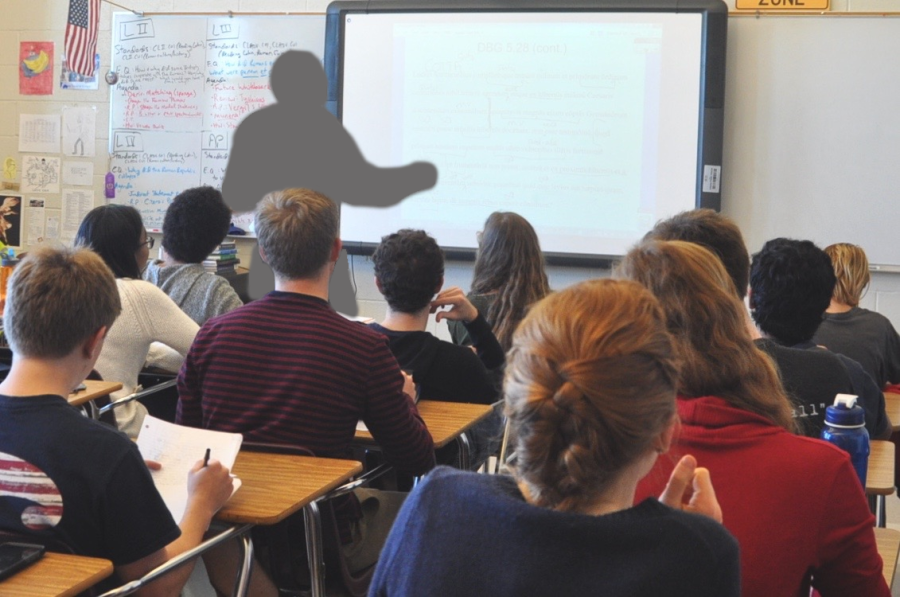 Midtown has been struggling with a substitute shortage that has impacted students experiences in the classroom and teachers' ability to take time off.

There was no teacher in the room when sophomore Sadie Kyle walked into her healthcare class. The rest of the students in her class sat down and waited patiently for their teacher or a substitute to show up. No one ever did.

“Chaos didn’t ensue, thankfully,” Kyle said. “Nobody checked on us. No one did any work in class because we didn’t know what to do. Everyone mostly sat quietly on their phones or did work for other different classes.”

This situation is the result of a lack of substitutes throughout the country. This problem has become prevalent in Atlanta Public Schools, and more specifically Midtown, recently.

“Everyday, we have at least one unfilled job,” said Midtown Principal Betsy Bockman.

In addition to affecting students, this situation has led to increased pressure by administrators and the school system to keep teachers from taking days off. Science teacher Jillian Breen has experienced the pressures to come to school firsthand.

Breen believes teachers have lost some flexibility to balance their work and home responsibilities.

“I have to go to my annual doctor’s appointment, or the dentist, but I can’t schedule a dentist appointment because there are no subs,” Breen said. “A lot of our other life, our personal life, is kind of on hold, too.”

Bockman appreciates the commitment from teachers at Midtown.

“Our teachers really do come to work, and I can’t say enough about their dedication,” Bockman said. “I’m really appreciative of them because I know that some people don’t feel well every day, but they come anyway.”

Another measure the school took last semester to try to minimize the number of teacher absences was preventing teachers from taking one of their three personal days on a Monday or a Friday. Teachers also needed medical documentation to take a sick day on one of these days. This rule was waived for periods of time throughout the semester, but it would come back every time the school couldn’t handle the amount of teacher absences.

“Friday subs have always been a problem,” Bockman said. “There have been some times that I’ve said that every Friday or Monday I need medical documentation to take a sick day, and I hate to do that because it sounds like I don’t trust the teachers. But I also have to look out for the students.”

However, Bockman allows personal days when teachers come to her well in advance.

“I knew I needed to take a personal day on a Monday, and I had to put in for a sub months before,” science teacher Lawson Yale said. “I wouldn’t have been able to get off otherwise.”

Last semester, Breen was one of a few teachers who were out of school frequently.

“One of my children goes to an Atlanta Public Schools Preschool, and every time one of their classmates tested positive for Covid, they got sent on a seven-day quarantine,” Breen said. “My children are 5 and 6, so they weren’t vaccinated yet, and the whole class had to be shut down and sent home.”

Breen had to leave school to stay with her kids because her husband has a full-time job, so she needed substitutes to cover her.

Breen had a wide variety of substitutes designated to take over her class.

“It’s nice to have the same person there the whole time, so you can send them information, and say, ‘hey this is what’s going on,’” Breen said. “It was a new person every day, which is never really consistent for the kids in class.”

According to Breen, the substitute shortage has added another thing to worry about during the school year.

“It’s definitely been a new level of stress,” Breen said.