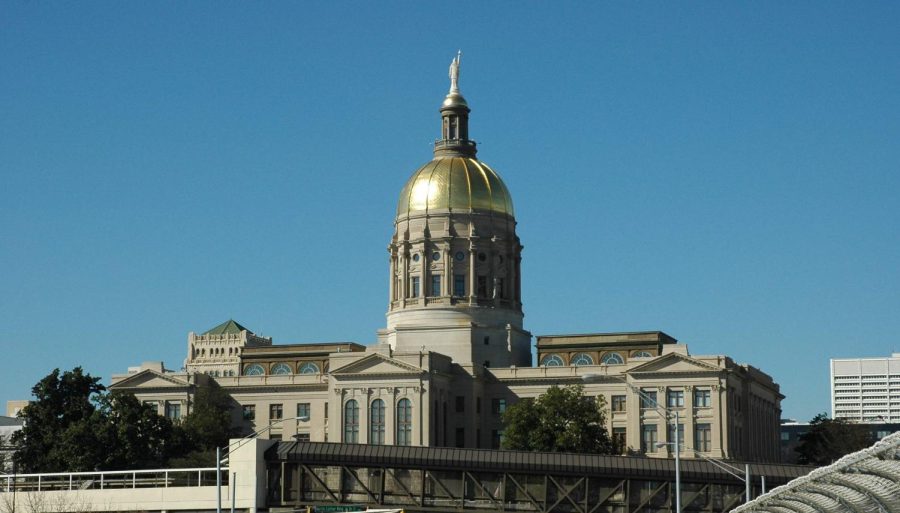 House Bill 888 attempts to ban the teaching of critical race theory in Georgia public schools. Critics say this could result in much more serious consequences.

In January, 13 school board members from five districts in the metro Atlanta area, including four members of the Atlanta Public Schools Board of Education, signed an open letter against Georgia House Bill 888, which attempts to prevent critical race theory from being taught in Georgia public schools.

The bill, originating in the Georgia House of Representatives, comes after Governor Brian Kemp’s annual State of the State Address, in which Kemp said that he wanted to work with lawmakers “to protect our students from divisive ideologies – like critical race theory – that pit kids against each other.” Among other provisions, HB 888 prevents schools from teaching “that the United States is a systemically racist country.” After the open letter was released, a similar bill, Senate Bill 377, was introduced in the Georgia Senate.

“My initial thought about [HB 888] is that if we were to put it in a time capsule, it would be one of the things that kind of perfectly encapsulates our moment in history right now, showing how fractured our politics are, how fractured our views of the world or how fractured our attentions spans are at this point,” social studies teacher James Sullivan said.

Jason Esteves, the District 9 Board Representative, was among those who signed the letter in opposition of the bill

“I signed the open letter because I thought it was important to let people know that this bill does way more than just ban a course that’s called ‘critical race theory,’” Esteves said. “It has the potential to stifle discussions of public policy that is normal and wanted by students in classrooms today. Because of the fact that it also discourages diversity inclusion efforts, we need to do what we can as school board members, as school leaders, to discourage legislators from passing the bill.”

Eshé Collins, who was recently elected as the new chair of the APS board, is another signee of the letter.

“To explicitly state as far as slavery and racism not being a part of the fabric of this country is very demeaning, disheartening and a complete disregard for communities that were a part of creating the country that we have,” Collins said. “For me, signing the letter is to make it clear early on my opposition to it not only as a board member, as an educator but also as a Black woman. Historically knowing the history of my people, it was very important for me to add my voice and my name to the letter.”

“The first time that I took a critical race theory course was my second year of law school and that was an elective,” Esteves said. “It wasn’t even part of the required classes. The notion that this is an issue that requires legit legislation is false — and it’s been politicized on purpose.”

Senior Aaliyah Rapping, the Executive President of Midtown’s Student Government Association and President of the Black Student Union, believes that HB 888 and other similar bills are using critical race theory to achieve other goals.

“I think that the intentions behind those bills are very dangerous,” Rapping said. “Because it seems to me as if it’s not banning critical race theory but rather trying to almost whitewash the history and the law that we’re learning in school, which is very dangerous and just shows that history will repeat itself if we don’t teach these things in school.”

Rapping also believes critical race theory should be taught in schools in some capacity.

“I definitely think that critical race would be very important to be introduced in high schools because, just like any pathway, it’s an introduction to occupations that people may go into,” Rapping said. “I think that a lot of issues in our country today, a lot of race issues, have been fueled through the criminal justice system through mass incarceration. I think it’s very important for us as students to understand how our legal system has fueled racism through criminal justice.”

The bill’s passing could change the way certain classes are taught in schools.

“If this bill goes through, it has the potential to restrict speech in the classroom, my speech as a teacher, the projects that students report on and the ways that we look at things,” Sullivan said. “I think the problem is not so much that the standards in U.S. history would violate the bills, but that teachers’ fears of discussing these standards are the things that lead to the racial inequalities.  Discussions would be limited in these classes, and that’s a horrible thing.”

Sullivan said he will not change his teaching inside the classroom if the bill is passed, but understands why others might.

“If I  was made to modify the way that I teach or the things that I teach, I would not last long at my job, and so I would continue to do that,” Sullivan said. “That would be a personal choice though, and I can certainly understand how some teachers would feel cowed into changing the way they teach or changing the topics they discuss, but I think it’s important for us to have these discussions.”

The signees and other board members are planning to continue their opposition to legislation against critical race theory.

“Stay tuned for additional response from the board and board members in regards to our stance and opposition to this bill,” Collins said. “It’s concerning because you’re seeing a trend across the country where you know bills such as this have passed and are already taking flight and implementation.”