Midtown must rebuild its football culture 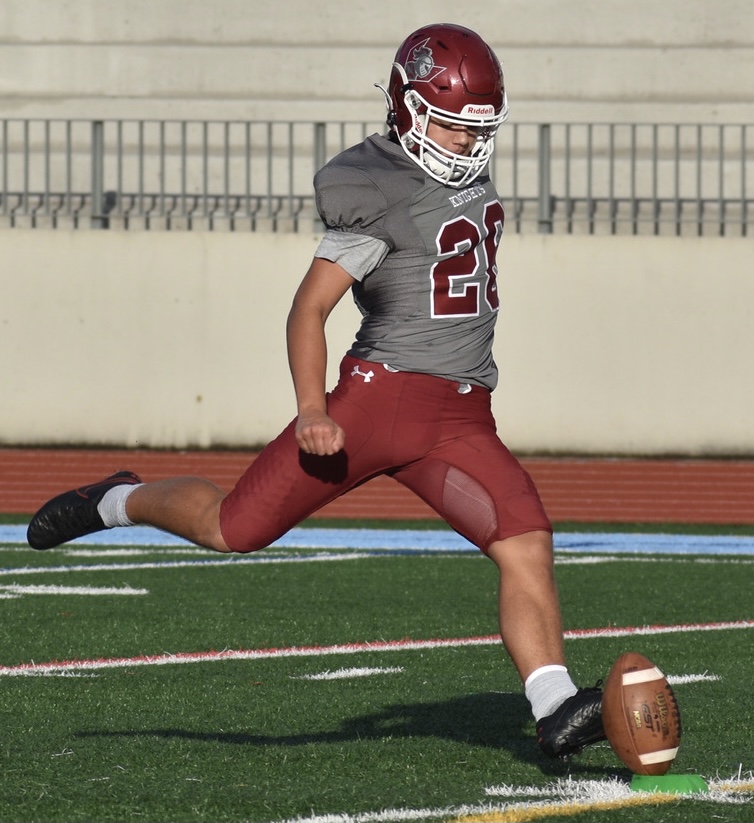 Junior Roswell Bond performs the kickoff in a home game against Washington on Oct. 7. Bond, like Ball, is a member of the JV football team.

I am a sophomore on the Midtown Knights football team. As we approach the spring, the team is heading into football offseason training. After our drastic shortcomings in the 2021 season, we are hard at work preparing for next year’s season. These preparations, most importantly, begin with finding a new head coach after the resignation of head coach Coach Kevin Clark.

I applaud both Midtown Athletic Director Patrick Johnson and Principal Dr. Betsy Bockman and how diligently they have been working to hire a head coach for next year’s team. Along with a new head coach, we will also be facing new opponents, in order to be more competitive next year. Our schedule next year has yet to be announced, but our opponents will include: KIPP Atlanta Collegiate, B.E.S.T. Academy, Northview, North Springs, Druid Hills, Clarkston and Stone Mountain.

As we prepare for our new season, it is important for the team’s success that our school changes its mentality surrounding football. In my experience, many students seem to feel that the lack of a football atmosphere provided by Friday night games has prevented them from truly experiencing high school.

However, I implore each and every student to advocate for the football team. We were heartbroken by the season being canceled. Just like every other sport at Midtown, we train all gas, no brakes during the offseason. Anyone can imagine the crushing feeling when we looked up to see the scoreboard at the end of our first game reading 67-0.

Everyone on the team dreamed of their chance to play varsity football over the long offseason as they worked tirelessly. Getting to play JV just wasn’t the same as getting to experience the notorious Friday night lights. It was embarrassing and disheartening to see something we devoted so much time to crushed by forces largely out of our control.

That being said, it is critical that all students with aspirations to test their skill on the gridiron should show up on the first day of spring conditioning, as soon as dates are announced, not just to try and join the team but to get in shape. I hope that everyone on the team during the 2021 season manages to show up again as we approach the offseason. As we pushed through the massive obstacles we faced this year, my teammates always managed to build a family-like atmosphere.

To anyone at Midtown who is searching for an identity or place to fit in at school: join the football team and embrace our family just as I did. To rebuild Midtown football and repair the team’s reputation, we need every man we can get.