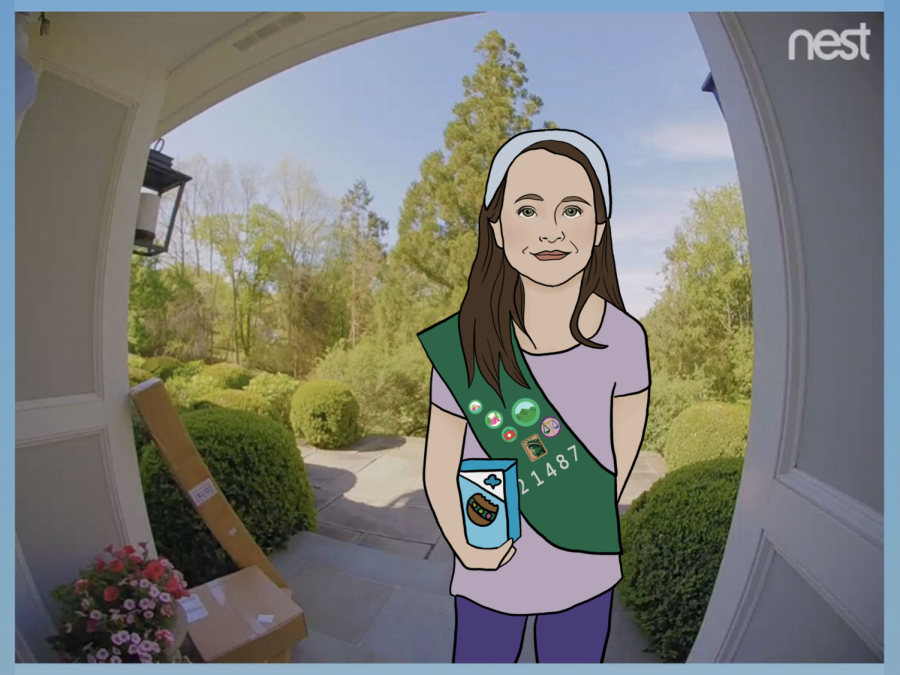 The NextDoor app allows for discussion on neighborhood happenings. Lucy Fred, a Morningside-Lenox Park resident, values the app’s ability to broadcast suspicious behavior to neighbors. “The other day, I got a notification warning me of ‘suspicious activity’ on my Ring doorbell camera, and I was terrified,” Fred said. “There was a tiny girl standing on my porch carrying a clipboard and wearing strange, possibly gang-related patches. I posted on NextDoor just so everyone was aware — please be mindful of the criminal activity infecting our neighborhood.”

Atlanta, a cultural hub of civil rights, media, and southern charm, has seen an uptick in population. According to a Census Bureau Report from 2019, Atlanta was the fourth largest growing Metropolitan area and the population has increased 24.78% since 2010.

The impact of new residents is apparent in all corners of Atlanta, from Buckhead to Candler Park. Virginia Highland resident Michelle Ames recently moved from Seattle, Wa. to the city. With the culture shock of moving to a new environment, Ames cited a particular factor in helping to ease the transition.

“When I moved to Atlanta, I felt unsure about how to go about learning the happenings of the neighborhood and the city in general,” Ames said. “I’m an outsider, but a neighbor of mine recommended an app for me to join called NextDoor, and through it, I’ve learned so much about the city, and I’ve been really able to connect with my neighbors.”

The NextDoor app, founded in 2008, is “a hyperlocal social networking service for neighborhoods.” The app allows for discussion on neighborhood happenings, ranging from restaurant reviews to political discourse and crime. Residents from across Atlanta have used the platform to inform other neighbors. Lucy Fred, a Morningside-Lenox Park resident, values the app’s ability to broadcast criminal events and suspicious behavior to neighbors.

“The other day, I got a notification warning me of ‘suspicious activity’ on my Ring doorbell camera, and I was terrified,” Fred said. “There was a tiny girl standing on my porch carrying a clipboard and wearing strange, possibly gang-related patches. I posted on NextDoor just so everyone was aware — please be mindful of the criminal activity infecting our neighborhood.”

Fred is among many Atlantans using NextDoor to inform community members, citing the uptick in crime.

“I do not condone criminal activity in our neighborhood,” Fred said. “This has gone on far too long. That little girl could’ve even been a street racer. Judging from the vibe she gave off, I wouldn’t be all that surprised.”

Another facet of NextDoor is the ability to share ideas with like minded individuals across the city. Austin Brewer, a resident of Old Fourth Ward, has spearheaded an internal city secession movement, using NextDoor to mobilize neighbors.

“The end vision is ‘Ponce Market City,’” Brewer said. “Ponce City Market has brought so much money to the city of Atlanta, and it’s time that we invest in our own, and become Ponce Market City. Through NextDoor, I’ve found others who believe that we, as millennials, deserve our own safe space.”

Brewer cited the networking platform as integral in helping the movement proceed and develop by sharing thoughts with neighbors.

“We want to bring in services that Atlanta has never provided us with — universal spin classes and aesthetically pleasing murals that align with our chakras and current events,” Brewer said. “As Ponce Market City, we call for more ethically sourced kombucha distilleries on the streets to battle this epidemic of lack of empathy for millennials.”

Along with big picture initiatives, Ames has seen additional neighborhood interactions take place on the app. Her neighbor, Kaleigh Adams has used the app to advocate for neighborhood tranquility.

“One of the biggest issues plaguing our society is the presence of leaf blowers,” Adams said. “They are incredibly noisy and disruptive to our neighborhood. I have two young kids and have been forced to live in constant fear that they may be knocked down on their walk home from the bus stop or even just playing in our yard.”

NextDoor has played a pivotal role in Adams’ advocacy.

“Through NextDoor, I’ve devoted my life’s work to banning leaf blowers in my neighborhood. In a way, I consider myself a grassroots activist.”

“I saw a post about how someone’s new gerbil has gone missing and post that a dead body showed up in a parking lot. There’s clearly a connection there,” Nguyen said. “I even saw something about a crazy lady screaming at a lawn crew, something about leaf blowers. I think this just goes to show that the city of Atlanta is full of vibrance and character.”

John McNally, a NextDoor representative, reiterated the purpose of the app.

“NextDoor was cultivated out of the intent for good,” McNally said. “It helps bring together all corners of the neighborhood, to create a kinder world.”

Ames believes that her transition to the city has been eased due to the connections and perspectives garnered through the app.

“Atlanta feels more like my home now,” Ames said. “Although, I’ve come to realize that people say ‘bless your heart’ a lot, and I still don’t understand what it means. I think it might have something to do with the theory I saw about the Beltline, wait, murder Kroger.”