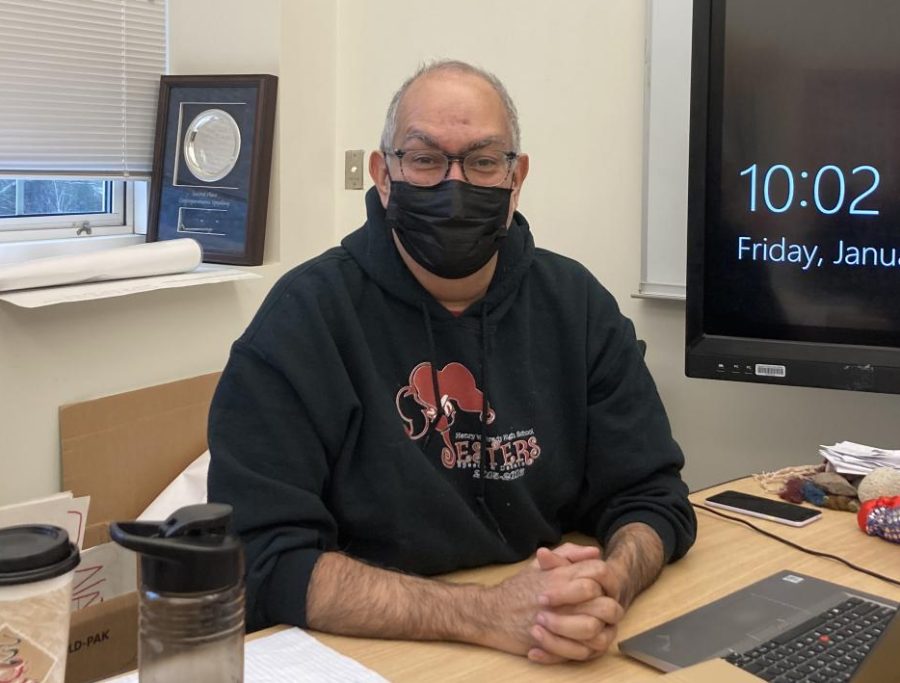 Mr. Herrera smiles looking out at his students during his AP Research class.

Literature teacher and debate coach Mario Herrera has been teaching for a long time. Sometimes, he says he feels old watching the energy his students show in class when they do things like dance around the classroom.

“Because I have so many young energetic students sometimes I just enjoy busting a move,” Herrera said. “[My students] just seem to have so much fun.  They’re high-fiving, and they’re on tempo and singing in class. You know, that’s kind of thing that I want to be a part of because I want to be young again. I feel a lot younger now. I feel like now I’m only in my 80s, which is remarkable.”