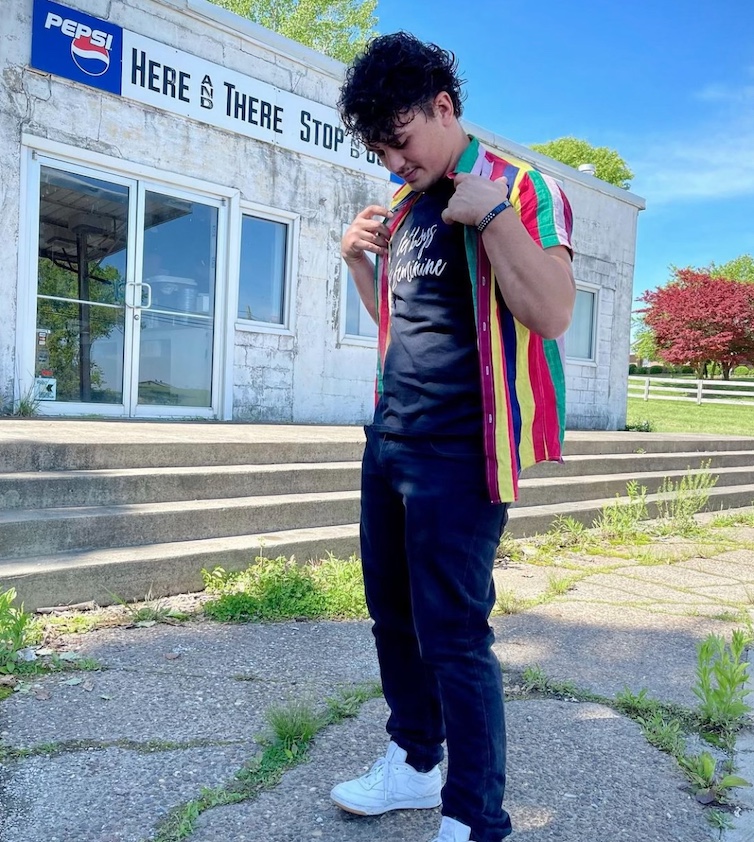 Crowder has been wrestling since they were in third grade. At Midtown, they've used their training in Reiki and meditation to aid their coaching.

In their own words, wrestling coach Josh Crowder has lived six different lives. A Reiki master from Kentucky who spent their adolescence in a military high school, Crowder does not fit the mold of the typical high school wrestling coach. Of all the titles Crowder has held, wrestler came first.

Crowder, who came out as bisexual in 2006 and uses they/them pronouns, found solace on the wrestling mat.

“I came out as bisexual when I was in sixth grade, in conservative Kentucky,” Crowder said. “I ended up losing all of my friends.”

“I have wanted to join the military since I was in seventh grade,” Crowder said. “My dad was in the Navy. My grandpa was in the army. My great grandparents were in the military. It’s just a long line.”

While in the Navy, Crowder was stationed in San Francisco. Crowder said it was during this time they “learned more about gender and sexuality.” After getting out of the Navy in 2018, Crowder came out as pansexual and later as nonbinary in 2021.

“I found out for me that the balance between masculinity and femininity is a very thin line,” Crowder said. “It’s so close. I just knew I wasn’t a man, but I also knew I wasn’t a woman at the same time.”

Although it does not present a problem with the Midtown wrestling team, Crowder has encountered homophobia in the Georgia high school wrestling community.

“Being a coach in a very masculine sport, the people we wrestle aren’t generally very politically correct,” Crowder said. “We, as a society, have a thing where we have to understand something to accept it; being nonbinary is not a very understood thing. But it’s not my job to make other people feel right. That’s something I’ve had to learn.”

Senior co-captain Jack Collins has observed such tension from other teams on the sidelines.

“Other programs will come in with their religious teams and slogans, and culturally, they are very different,” Collins said.

Despite scrutiny from other coaches and wrestling teams, Crowder tries to set an example for other wrestlers, coming from a place of understanding and tolerance.

“Crowder does their best to connect and help our athletes as much as possible both on an athletic and professional level, which distinguishes them from most,” Bunker said.

Crowder’s coaching style of coming from a place of empathy has enabled them to form deep connections with many of his wrestlers.

“My experience with them has been unlike any other coach,” Collins said. “First of all, they’re a lot younger, so I feel like there’s a much more friendship-based connection. I also think they’re willing to have a lot more fun because they still can relate to us.”

When senior co-captain Elijah Francis tore his ACL, Crowder made it a priority to ensure Francis recovered in a healthy, paced way.

“Last year, I had just come off my injury, and I was trying to get as much work as possible,” Francis said. “So they [Crowder] decided to do a 6 a.m. workout with me, just me.”

Crowder attributes much of their ability to connect with wrestlers from Crowder’s position as a Reiki master. Reiki, which means “Universal Life Force” in Japanese, is a form of energy healing.

“I’m able to use the energy I’m channeling to help to clear out any not-so-good energy to help people get realigned and open their energy channels and come in alignment with what their true purpose is,” Crowder said.

“Every time I want to show that you don’t have to be angry on the mat,” Crowder said. “It’s better to be present and understand from a calm point, because then you’ll be able to see things, like your opponent, clearly.”

Crowder’s attitude towards mindfulness creates a distinct atmosphere during practice.

“I found there’s definitely a unique energy in the room when we’re conditioning or traveling, that I haven’t experienced before on other teams,” Collins said.

Crowder also has a unique warmup routine that involves raising the wrestlers’ spirits.

“They put like my teammates, our mindsets and our mental well being pretty high up,” Junior Finn Estella said.

Crowder’s methods of training and practices all come down to one mission.