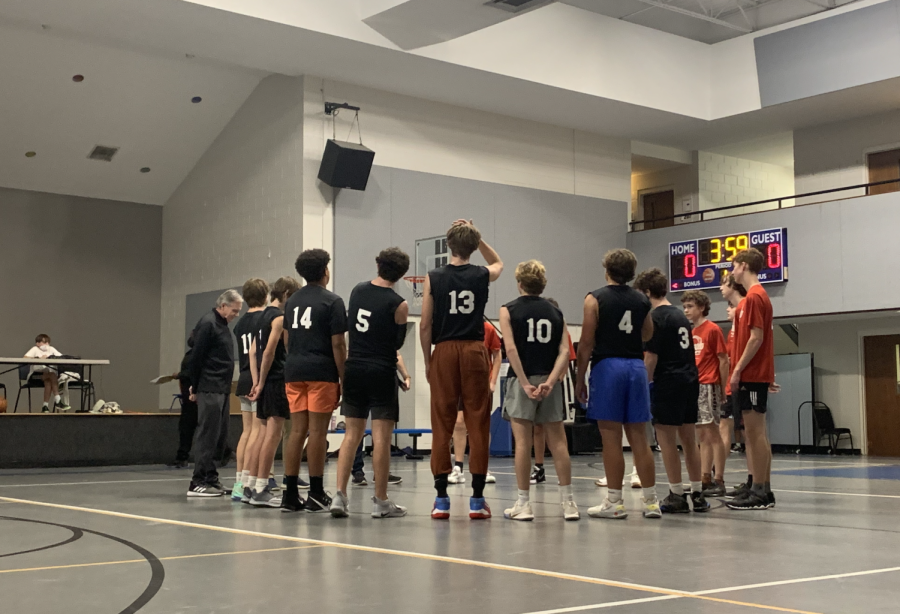 Every Haygood game begins with a five minute devotional which allows players to connect.

Recreational Director Debbie Miller played basketball for Boston University from 1977-1981 while receiving a degree in education. She also played on the 1980 US Olympic Team. Miller attributes both her experience playing basketball and her degree to the success of coaching Haygood Hoops.

“My degree is in education so I’ve taught for a long time,” Miller said. “My past experiences definitely helped me, not so much as a player but even more so as an educator. For teaching, you put together lesson plans and format things to work with kids. Those kinds of things really help as far as how to formulate Haygood Hoops.”

In years past, Haygood games were spread out through the city in various Atlanta Public School gyms. Due to Covid-19, all games are being played at the gym inside Haygood Memorial United Methodist Church in Morningside.

“My favorite part now is that all basketball is here at Haygood [Church],” Miller said. “I can get to know the coaches better, talk to parents and watch the kids play while not running around. Last season, we were in five different locations. So I was always running, from gym to gym and never really got to sit down and watch a whole game.”

Junior Keegan Kronenberger has been playing in the Haygood league since he was in elementary school.

“The thing that always draws me back to Haygood is the atmosphere,” Keegan Kronenberger said. “I love how there is no pressure and how you can just have fun with friends. It gets really competitive at times especially when you are playing against your friends but honestly those are some of the best games.”

This year, a new routine has been set that puts time aside for devotionals. This allows players to connect with their team members and coaches before playing.

“The new format is we practice and then we have a five minute devotional and then we play games,” Miller said. “So that’s been a good time to just sit down and talk with the kids and get them to participate as well.”

Another change is that coaches now pick their teams without evaluations, which are similar to tryouts, beforehand.

“This year, because we couldn’t have a ton of kids in the gym at once for evaluations, I just met with the coaches and had information on all the kids,” Miller said. “Everybody made an effort to make sure that friends got to play with friends.”

Craig Kronenberger coaches his two sons along with others on their team. He appreciates the opportunity to coach his sons and other players he doesn’t know as well.

“It does help a lot coaching kids you know because you know their style of play, but I like new kids that I don’t already know,” Craig Kronenberger said. “It’s fun to coach kids you don’t know and get to know them a little bit better and just try to help them.”

Several players have made it clear that the efficiency of the people behind the scenes is what makes the program shine.

“Haygood Hoops runs really smoothly and is very organized,” senior London Haman said. “The teams are selected by the volunteering coaches and everyone is picked fairly by height and experience. The organizers are wonderful.”

“I think the program runs smoothly because it’s not taken too seriously but it still has precise times and teams,” Cummings said. “Haygood strengthens the community by having practices and games together. When you play against others it’s all fun and you really start to get to know each other.”

Haygood provides a platform to connect players from all over the city.

“A lot of kids that are here go to private schools versus Midtown, Inman, or Morningside so it keeps all those kids connected,” Craig Kronenberger said. “This is a really important connecting point for everybody. It allows them to bond.”

Haygood’s emphasis on a laid back mentality offers players the room to develop their character outside of basketball.

“Watching kids get better and have fun inspires me,” Miller said. “I think that it’s an effective way to develop character because with parents, you don’t always see your kids in school, so you don’t see how they handle defeat or failure or disappointment in real time. But when they’re playing sports, and they miss a shot, or they lose, and they’re crying, those are all teachable moments. It’s using basketball as a backdrop to really help kids work through challenges and difficulties.”