Anniversary of Jan. 6th reminds all of rampant distrust 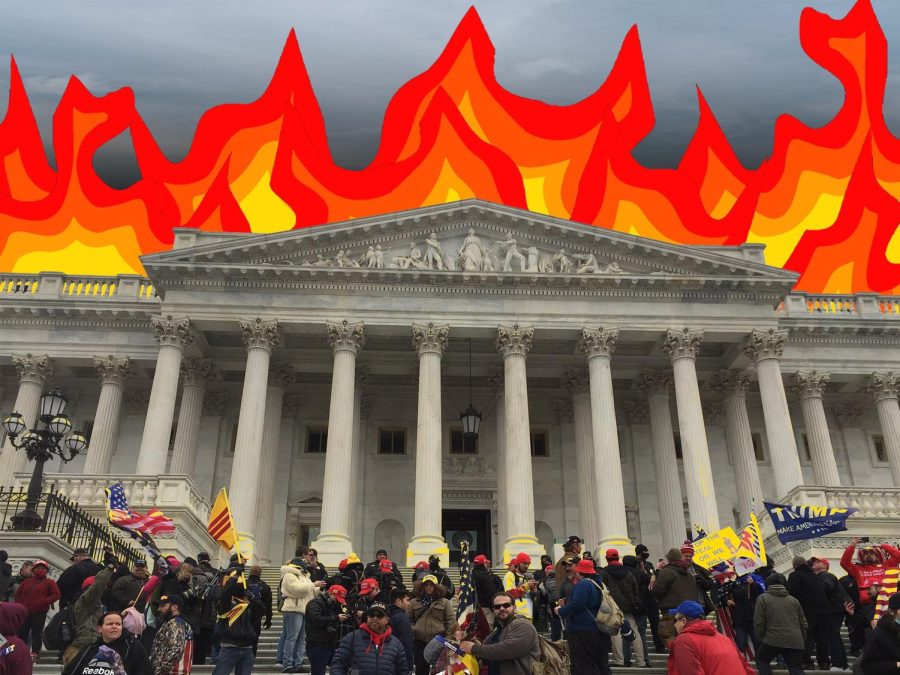 The anniversary of Jan. 6th brings concerns about the lingering trust of governmental and non-governmental systems demonstrating the fragility of democracy and trust.

The violent rhetoric and sentiments of suspicion that plagued some during the 2020 Election came to a head in a violent occupation of the seat of the world’s democracy in the Capitol Building on Jan. 6, 2021.

The events of Jan. 6th ushered in Americans’ New Year, bringing with it fear, doubt and disbelief. While some of those feelings toward our federal government have ebbed with the Biden Administration, the anniversary of Jan. 6th and the legacy of 2021 reminds us that the factor that contributed to the accumulation of Capitol insurrection is still here: distrust.

Misinformation concerning the 2020 Presidential Election has created a monster of untold power. 2020’s year of campaigning seemed closer to a year of false information. According to the Washington Post, Trump’s words of choice in the early months of 2020 were “mail” and “fraud,” referring to the false allegations that mail-in ballots would increase voter fraud. Later, after his subsequent loss in Nov. 2020, these words would shift to “rigged,” claiming the fraudulence of the election results themselves.

Misinformation would continue to be spread in the wake of the Jan. 6th insurrection. Sen. Ron Johnson (R-Wis.) suggested in a Fox News interview that the riot was not an insurrection, but rather a “peaceful protest.” Again and again, Jan. 6th was downplayed by Republican congressmen attempting to alter a clear narrative of violence and chaos.

Distrust in the federal government remained a common theme in 2021, shifting from elections to public health. Only 52 percent of Americans have “a great deal of trust in the CDC” according to a Harvard poll. For other institutions of public health, such as the National Institute of Health or the Food and Drug Administration, these figures are at only 37 percent.

Mistrust in health institutions eventually spreads to a mistrust in vaccinations. A report conducted by the University of Michigan found that vaccination mistrust often occurs as a result of institutional distrust in the government. The Stanford Medicine News Center found that vaccination mistrust also comes from mounting amounts of misinformation on the internet and social media. These reports prove that mistrust isn’t just a problem at the policy level, it also occurs in politically neutral territory.

The 2020 Election, Jan. 6th and the COVID-19 pandemic have all revealed distrust is the glaring problem in our most vital institutions distrust. Jan. 6th and America’s low vaccination rates are only an accumulation of a pervasive problem. The anniversary of Jan. 6th and the lessons we have learned from 2021 reveal that our nation is suffering from an epidemic of distrust and misinformation.

Now it’s time for the local, state and federal government to restore faith in the institutions that carry our lives forward. The government’s reputation has been tarnished from all sides of the political spectrum. It’s time to reinvest in the people, to pass laws that will benefit all of us and ultimately, to get things done. If the federal government wants to prove it is trustworthy, the Democrats and Republicans must take responsibility for their actions and enact bipartisan bills that will slowly but surely mend the gap in our nation.