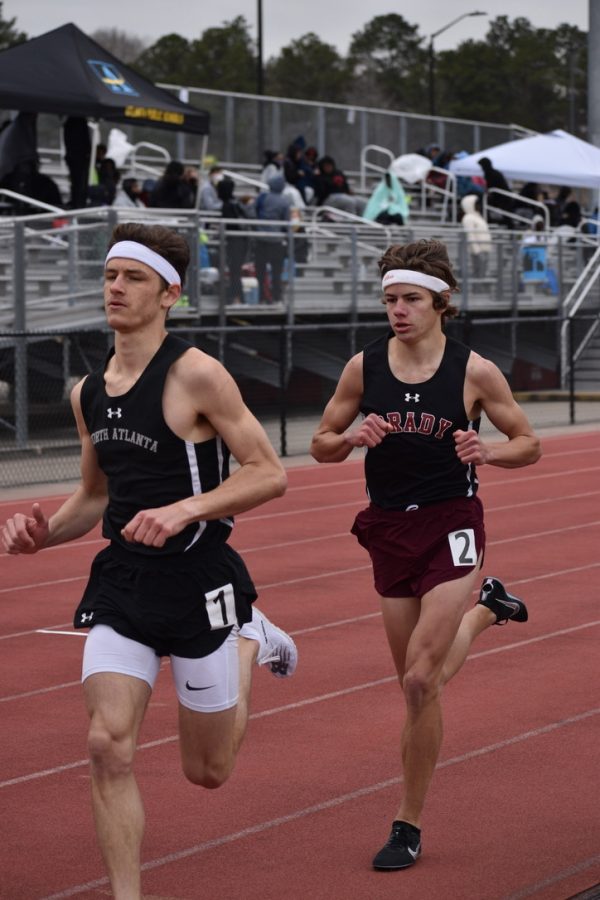 Now-senior Everett Schroeder attempts to pass a North Atlanta runner at the New Manchester Invitational during his junior season.

As a consequence of a young athlete’s natural ability, coaches often see a chance to throw maximum training at them from the day they enter high school, if not before. Coaches hope to turn this raw talent into the faces of their program. Unfortunately, this idea rarely goes to plan, and often ends up with talented athletes becoming injured, burnt out or both.

Both anecdotes and research shows this unfortunate circumstance to often be the case. Every year, over two million of the roughly eight million student athletes in high schools sustain an injury that keeps them out of practice or competition for a sustained period of time, like several days, weeks, or even months. Over 60% of those injuries come as a result of overtraining, according to a study by the Lower Extremity Review Magazine.

Additionally, overtraining injuries are a much more common injury type in inexperienced athletes. In sports like cross country or track, it takes years to acclimate joints and bones to the repeated stresses of high-mileage running. Throwing high mileage at younger runners without a foundation is a recipe for stress reactions, fractures, tendonitis and more. The same concept applies in sports like baseball. Pitchers are often forced to throw in high volume from young ages, causing serious damage to the shoulder, elbow and wrist joints that can become chronic injuries as the athletes develop.

The consequences of these actions are felt in sports programs and in the lives of the athletes for years to come. First off, the programs are oftentimes destroying their young talent before they even have a chance to produce for the team, defeating the purpose and benefit of an effective feeder program for the school and generally decreasing the success of the team.

Additionally, and more importantly, it’s unfair to young athletes who don’t know any better than to follow their new high school coach’s rigorous training program. When these athletes inevitably become burnt out from dealing with various injuries or the mental struggle of constant training without time to acclimate, they end up unable or unwilling to play the sport they once loved.

Consider how many potential high level high school athletes, collegiate athletes or even professionals have been lost to the trap that is overtraining too early. For the advancement of the athletic world as a whole, it’s imperative that young athletes be given adequate time to adapt to higher training loads, rather than work too hard too soon, and in turn ending their promising athletic careers before they’ve even begun.