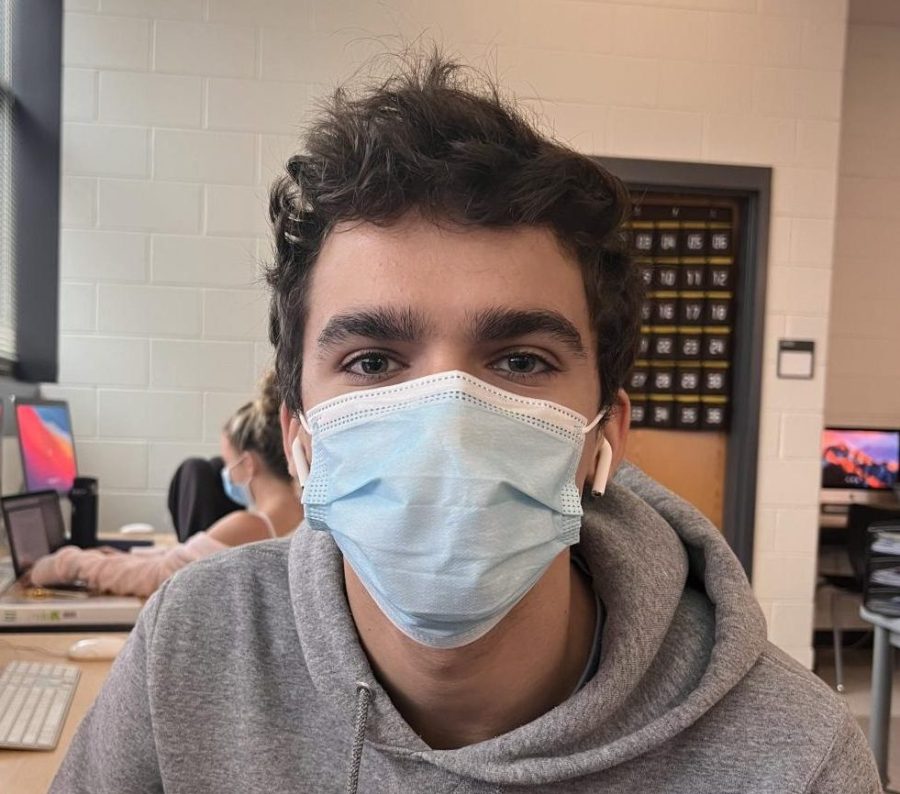 Perantoni in his latin class.

Nicholas Perantoni is a junior who participates in Latin Club. When he’s not as school, he enjoys taking his dog, Daisy, for walks. He also likes to play and watch soccer. He has been playing soccer for 8 years and hopes to play in college.

“I like soccer because the game doesn’t stop; it’s not a stop and start sport,” Perantoni said. “The game is consistent because it’s always going.”