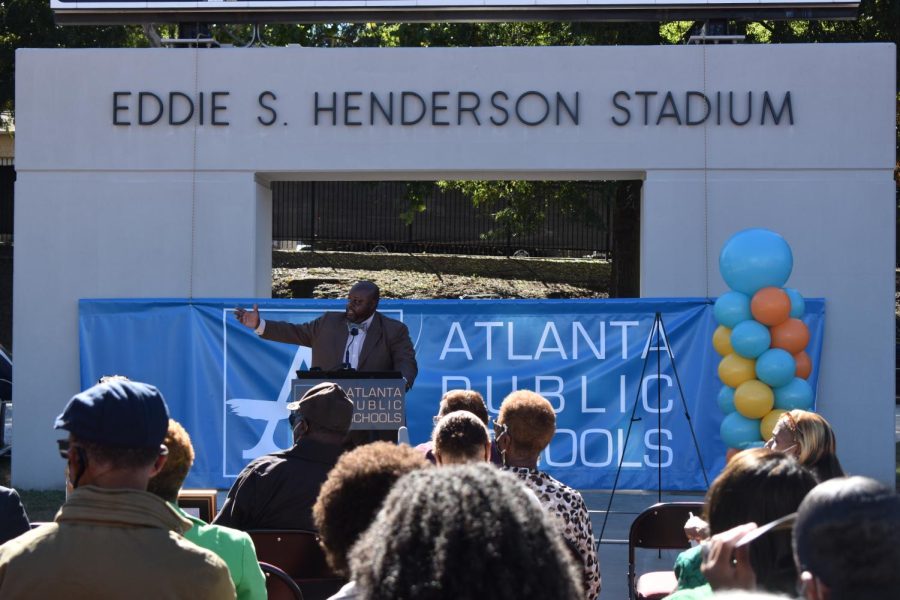 Family members, friends, alumni, Atlanta Board of Education members and administrators gathered for the Eddie S. Henderson Stadium renaming ceremony, in order to honor Henderson, who passed in 2001. The field was named after him in 2012, and the Board voted to change the stadium name to his, in Feb. 2021. Due to his hard work and dedication to APS and its students, Henderson was unanimously chosen to have the stadium named after him. Coinciding with the renaming of Grady to Midtown High School, both renaming ceremonies took place Oct. 27, marking the beginning of a new era for the APS and Midtown community.