Period dramas are adored by many fans for their relatable storylines within a historical context. Costumes can be an important part of drawing the viewer into the time period, and inaccuracies can take away from the authentic feel of a show. Let’s analyze which popular period dramas meet fashion standards, and which fall short.

Netflix’s Bridgerton follows Daphne Bridgerton, daughter of the wealthy and influential Bridgerton family, as she enters Regency-era London’s marriage market and searches for true love. Though Bridgerton delivers on romance and gossip, it doesn’t earn top marks for historical accuracy. 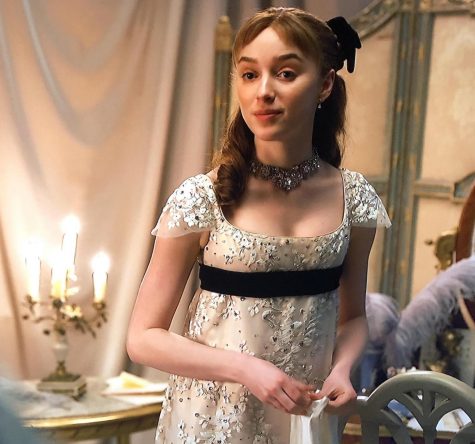 Most of the gowns worn in “Bridgerton” feature a high, empire waistline, which is characteristic of the period.

Daphne is seen wearing a corset on bare skin, revealing scars on her back. Corsets would have been worn on top of a shift, an undergarment worn next to the skin to protect clothing from sweat and body oils, which would have prevented this kind of abrasion.

In one stereotypical corsetry scene, a girl’s corset is pulled so tight she later faints in front of the Queen.

Though this scene suggests otherwise, corsets, formerly called stays, were not restrictive torture devices. They were meant for comfortable everyday use, bust support and posture. Tightlacing practices seen in many scenes fail to reflect realistic corset trends of this era. 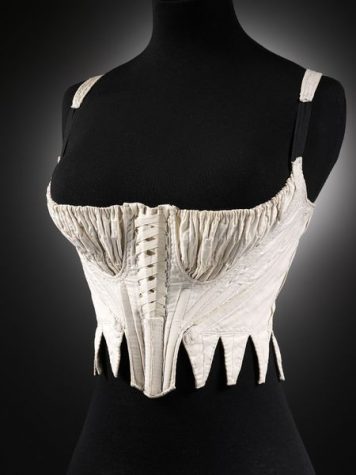 While the daughters of the scandalous and gaudy Featherington family correctly wear large Ostrich plumes and white gowns, their dresses are missing hoops or trains. This would not have been acceptable, as Queen Charlotte, the monarch in the show, was very particular about Court Dress. 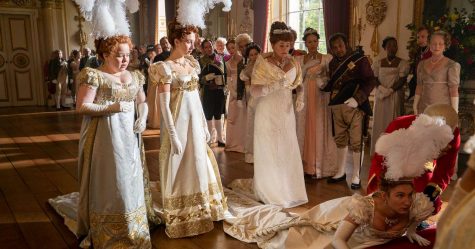 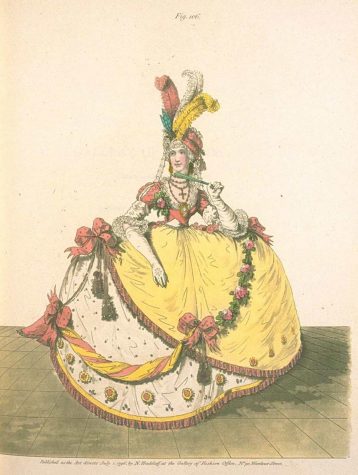 In addition to the structural inaccuracies, most of the characters wear modern hairstyles. Bonnets, a staple of the period, are nowhere to be seen.

Bridgerton takes many creative liberties in representing Regency-era fashion. While some historical inspiration and research is clearly utilized, Bridgerton sacrifices overall historical accuracy for the sake of modern relatability and aesthetics.

Played by Anya Taylor-Joy, Beth’s elegant parisian style in the “Queen’s Gambit” is inspired by 50s and 60s fashion idols such as Audrey Hepburn, Jean Seberg, Edie Sedgwick and Juliette Gréco, according to costume designer Gabriele Binder. Many of her costumes draw references to 60s beatnik and mod styles. 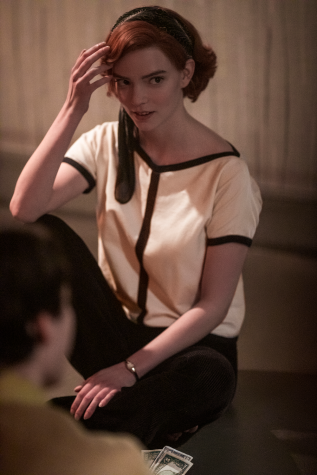 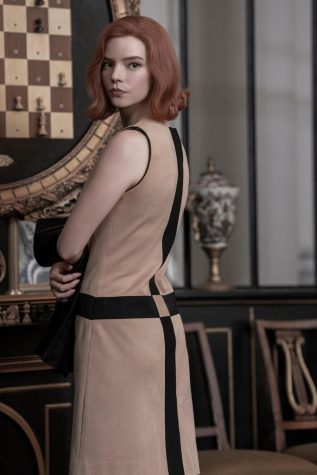 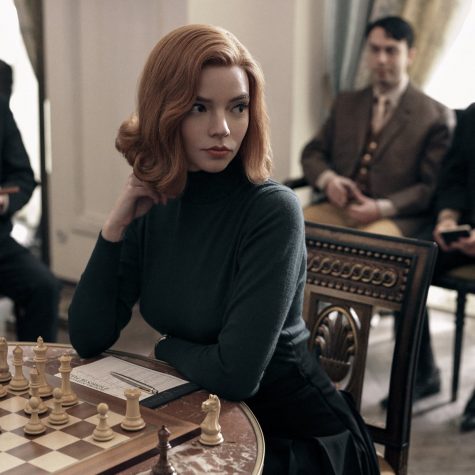 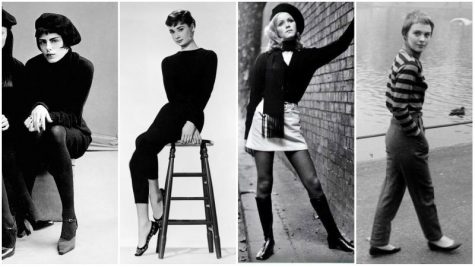 During the beginning of the show, Beth wears skirts and dresses. Over time, she shifts to wearing pants and more androgynous clothing. This transition reflects women’s shifting ideals from the early to late 60s, moving away from traditional housewife roles towards the workplace, as a result of second-wave feminism and federal approval of the birth control pill.

Costumes in The Queen’s Gambit follow changes throughout the period, explore meaningful symbolism and references and provide context on a broader scale.

Once again, the costumes decidedly lack bonnets, a key component of late 19th century women’s attire, and allow for major hair inaccuracies, as the March girls frequently keep their hair down and side-parted instead of in a typical middle-parted up-do. 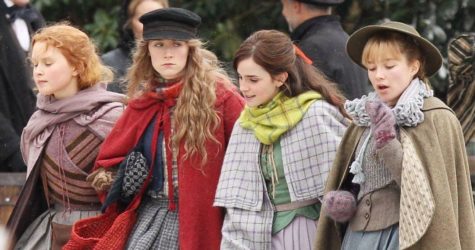 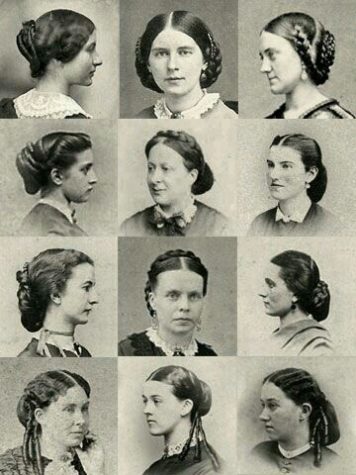 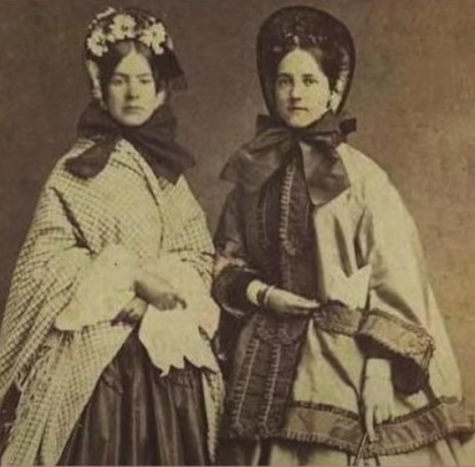 Additionally, many of the color dyes used in the garments would not have been available during this time period.

Between the childhood of the March girls and their adult life, there was no significant change in style. As director Greta Gerwig decided to go for a non-linear plot, referencing the changing fashions would have been a helpful distinction between time periods.

So, is historical accuracy the most important component of costume design, or can creative liberties be taken for the sake of aesthetics and accessibility? In what instances is historical costume accuracy important or not important, such as when presenting real historical events or historical figures? While mistakes and discrepancies may not take away from the brilliance or entertainment value of a show, accuracy in period dramas allows us to understand and connect with people and cultures of the past in a realistic and authentic context.