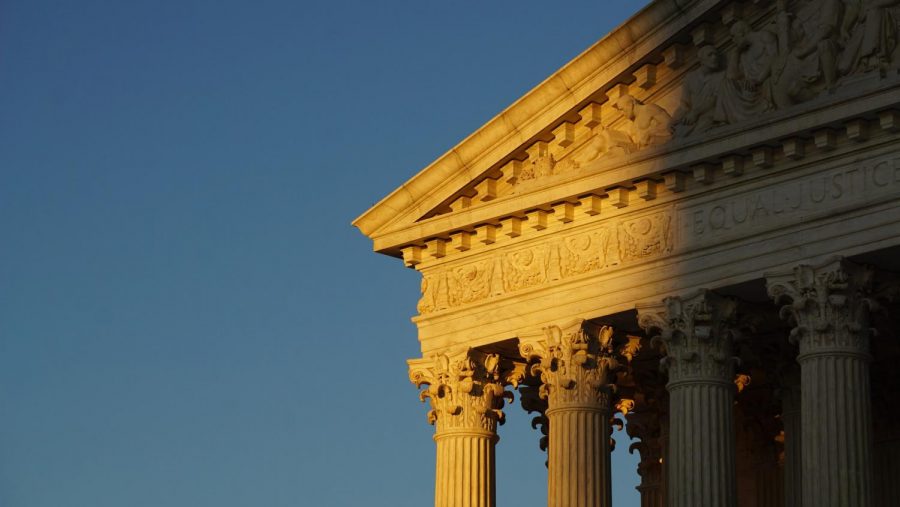 There is little to no transparency on the Supreme Court's "shadow docket," or emergency ballot, cases. For important issues, you’d expect the court to want to explain their reasoning, but the public is largely left in the dark on the rationale behind shadow docket cases.

Just before midnight on Sept. 1, 2021, the Supreme Court ruled that a Texas law banning abortions after six weeks would stand, gutting Roe v. Wade. Chief Justice John Roberts, who usually votes conservative, joining the liberal wing to vote against the abortion law on procedural grounds. Despite this flip, the court still ruled 5-4, in favor of the law.

Not only was this action harmful to the women in Texas, but the process with which the Supreme Court made this decision is directly damaging to American democracy.
The recent ruling on the Texas abortion law was achieved through what is called the Supreme Court’s “shadow docket.” The term, coined by a law professor at the University of Chicago, describes when the Supreme Court makes rulings on emergency appeals and the processes by which those rulings are made.

To apply to get a case on the shadow docket, the applicant has to prove that “irreparable harm” will take place if the case isn’t ruled on quickly. The court then evaluates the case with no full briefing or oral arguments from the lawyers. They then vote on it and release a short decision with little reasoning, as opposed to the pages of explanation and days of oral arguments required for a regular decision.

In the case of the Texas law, the majority opinion released was unsigned and consisted of a single long paragraph. The shadow docket also keeps judges’ votes anonymous — if the dissenting justices hadn’t released their opinions on the Texas ruling, we wouldn’t even know how each justice voted on this issue.

There is little to no transparency on shadow docket cases. For important issues such as abortion, federal execution and election security, the public is largely left in the dark as to the reasoning behind the decisions. As the Supreme Court’s rulings do influence ordinary citizens, it’s troubling that their constituency doesn’t know how these decisions were made.

If shadow docket decisions happened rarely, these cases wouldn’t be so disturbing. This process was meant to be used so emergency applications can be decided quickly. However, it’s beginning to become a way for the conservative majority on the court to quickly pass legislation without having to show their work, as occurred during the Texas ruling.

The court’s current 6-3 conservative majority means the court may be able to overturn previous precedent with these shadow docket cases, creating massive changes in the country’s legal system with little explanation.

The highest court in the land should not be able to hide its rulings and its processes from the public. According to a 2021 poll by the Pew Research Center, only 24 percent of Americans feel that they can trust their government. While misinformation and election security are heavily responsible for this low percentage, so is secrecy.

In February, the House of Representatives took action on the docket and held a House Judiciary Committee to see if Congress can and should take action on this issue. Both Democrats and Republicans criticized the docket and participated in the hearing. This issue with the shadow docket isn’t partisan — both parties do have a stake in the undemocratic processes of the court.

The Supreme Court must stop using the shadow docket to hide its reasoning from the American people. Emergency applications should be used, but more transparency must be shown by the court, including more than 400 words of explanation, to prove to the people that they’re doing their job correctly. Accountability is key in government, and it’s currently missing.