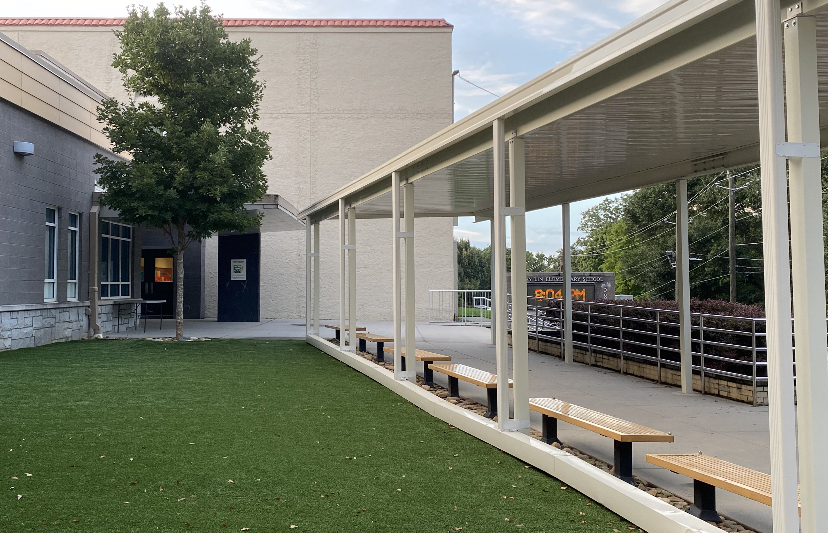 A complaint garnering national news has been filed against Mary Lin Elementary for alleged discriminatory practices.

A Mary Lin Elementary School parent filed a complaint with the U.S. Department of Education’s Office of Civil Rights alleging her daughter’s school engaged in discriminatory practices. She is seeking an end to the practices and the removal of the school’s leadership team.

Kila Posey filed the complaint after her husband, Jason, a Mary Lin school psychologist, requested a particular teacher for their daughter at the predominantly white school in August 2020 and received pushback from Principal Sharyn Briscoe. According to district data from the 2020-2021 school year, 10 percent of the school’s 634 students are Black. The requested teacher was Black and as a Mary Lin employee, Posey’s husband could request their daughter’s teacher.

“She (Briscoe) asked me if I would be interested in two other teachers, and I told her that I didn’t think that those would be a good educational fit for our daughter,” said Posey, who previously worked in education for 17 years, most recently for Atlanta Public Schools. “And then I asked her, ‘Why, what’s going on?’… And she said, ‘…if you place her in that classroom, she’ll be the only Black student in there.’”

Briscoe did not respond to a request for comment.

Posey said she was caught off guard, and after questioning Briscoe, discovered Briscoe, who is Black, placed all of the Black second-graders in two of the second-grade classes; five of them were placed in one class and six were placed in another. Briscoe said those two classes were designated as “the Black classes for the upcoming school year,” according to Posey.

“I immediately was in disbelief and questioned why she would do that,” Posey said. “She said that she was trying to build community, and I explained that that’s not building community.”

Posey brought her concerns to Assistant Principal Mary Benton, who confirmed Briscoe did have a practice of designating Black classes, according to a recording obtained by the Southerner. Posey took her concerns to the district level in August of 2020 and again in September of 2020. In October 2020, the Poseys had a Zoom meeting with Atlanta Public Schools’s senior leadership, including then-associate superintendent Yolanda Brown, who is now Chief Academic Officer. On July 22, the Poseys filed their complaint with OCR detailing the circumstances of the alleged segregation and resulting retaliatory acts. OCR investigates discrimination claims against institutions that receive federal funding, and a finding of discrimination could affect federal funding.

“We’re talking about a public school, a government entity, making race-based designations, which the law has been clear, because of our history of racism and segregation, that we can’t have government actors doing that sort of thing,” Sharese Shields, the Poseys’ attorney, said. “I think that if the principal had been a White principal who made these types of designations, I think people would have had a completely different reaction to it.”

Posey is seeking the complete removal of the leadership team at Mary Lin and the end of designating certain classes for Black students.

“The administrators there have demonstrated poor professional judgment by instituting this discriminatory practice and subsequently engaging in retaliatory acts,”  Posey wrote in the complaint, which is not a lawsuit. “As such, they should not be trusted to make educational decisions for my child or any other children.”

According to Shields, Mary Lin parents were not alerted of the student placement practice before it was put into place.

“There was nothing that went out to say, ‘Hey, we’re thinking about fitting all the Black students in one or two classes just so they don’t feel isolated,’ or even asking for input [about] if this was something that the parents desired,” Shields said. “This was, by all, accounts a unilateral decision made by the principal.”

“I think Sharyn Briscoe is a well-loved principal,” Smith said. “She’s competent, she’s been a really great steadying voice during an otherwise complicated COVID pandemic school year, and that overwhelmingly, the people that I’ve talked to really support her and feel that she’s always had our kids’ best interests at heart.”

Another parent, Jane Bradshaw, had a private conversation with Briscoe before the allegations became public.

Referencing the Department of Education and Justice Department’s “Guidance on the Voluntary Use of Race to Achieve Diversity and Avoid Racial Isolation in Elementary and Secondary Schools”, Smith said there is a narrow means through which considerations of race can be used to designate classes designed to prevent racial isolation.

“I think there is a very clearly defined path for considering race in creating classes,” Smith said. “Whether or not that’s what was intended, taking my lawyer hat off, I think it’s important that we build community and that can look like a lot of different things.”

Shields said after reading it, that her interpretation of the guidance is that if race is being used as a factor, it has to be narrowly tailored to meet a compelling interest.

“If the compelling interest was to ensure diversity, and to keep students, Black students, from feeling isolated in the academic environment, was there some other less restrictive way to achieve that goal?” Shields said. “In other words, it appeared that the principal used race solely as a factor to designate classrooms where the Black students would be placed.”

The school district in a statement condemned the alleged behavior.

“Atlanta Public Schools is focused on creating high-quality, equitable teaching and learning environments in our classrooms that foster collaboration among all our students,” the district said. “APS has made historic investments in this area, adopting a comprehensive Equity policy and creating the Center for Equity & Social Justice.  As an organization, we are committed to identifying and removing barriers to success for all our students, including our students of color. Using race as a method for assigning students to classrooms is unacceptable. APS does not support or condone this behavior.”

According to APS Board Chair, Jason Esteves, the role of the board is to “set the tone” for APS’s standard of racial equity and “ensure that there’s no racial discrimination”. The Board has the ability to audit actions of the administration but relies on the superintendent for independent investigations.

According to Esteves, much of the input from the community has been in support of Briscoe and skeptical of the allegations.

According to Smith, the alleged discriminatory practices can be disproved by looking at the second-grade class in the 2020-2021 Mary Lin yearbook.

“Let me caveat by saying everybody identifies however they choose to identify, but it appears as though there are Black children in five out of the six classes in that second-grade class.”

Posey suspects the class designations changed after the complaint was filed, and she also said the yearbook is not an accurate metric for the reality of the original situation, as classes changed multiple times during the year due to shifts to in-person learning.

“The yearbook is not going to help you determine whether the classes were segregated in that way,” Posey said. “You would need original class lists prior to the start of the school year.”

Posey said she has additional evidence, including text messages from Briscoe and tape recordings of phone conversations with Mary Lin and APS administration. During one such interview with Brown, which was obtained by the Southerner, Brown confirmed the existence of designated black classes at Mary Lin.

“There are student placement practices at Mary Lin that Kila (Posey) confirmed, and when I researched it, I confirmed it as well. Sharyn (Briscoe) uses specific classes to put Black students in,” Brown said. “In her explanation, she said she was trying to create community. Let’s say there are five teachers in second grade, only two of those teachers are going to have all of the African American kids.”

Bradshaw said though the allegations were made public, some of the reports were misleading and the community is still missing key information.

“I don’t think that a lot of people are clear on the fact that Principal Briscoe has admitted to doing this in writing, and in a voice recording,” Bradshaw said. “She’s not denying it. She may be denying other things, but she’s not denying that she made classes with Black children.”

Esteves said he is also concerned about the issue being misconstrued in the media.

“I think from the beginning, this story has been misreported and grossly distorted,” Esteves said. “The reporting on the story made it sound like there were literally classrooms at Mary Lin that were only for black students and there were other classrooms that were only for white students…and that’s just not true. So, we were absolutely concerned with how this was portrayed in the media.”

Another focus of the complaint is alleged retaliatory acts targeting the Posey family after they raised their concerns with the district. The retaliatory acts detailed in the complaint allege Briscoe requested multiple times that Jason Posey be moved out of the school building and that she attempted to terminate Kila Posey’s after-school program, The Club After School.   The program operates at three APS schools, including Mary Lin, and provides language classes, sports, yoga, and book clubs with a focus on career readiness for its students.

“That really kind of flies in the face of any good intentions the principal may have had in creating these Black classes,” Shields said. “The moment someone disagreed with her, she launched a series of attacks.”

Briscoe did not respond to request for an interview.

“Sharyn Briscoe has dedicated her life to educating our youth, and is extremely concerned about the recent allegations of wrongdoing,” Briscoe’s attorney Regina Molden said in a statement. “Given that this is an active investigation, however, Ms. Briscoe is limited in what information she can share right now, but is looking forward to telling her side of the story at the appropriate time and place.”

Information is limited given the pending litigation but according to Esteves, “there is more to the story than what is being alleged.”

“What I can say is that there are certainly more sides to this story than the initial allegations,” Esteves said. “That’s shown to be true based on feedback from the principal [and] feedback from parents who were also in those classrooms… I encourage people to listen to multiple perspectives.”