the Southerner Online • May 18, 2021 • https://thesoutherneronline.com/83429/nexus-comment/zendayas-career-showcases-her-growth-as-an-actress/ 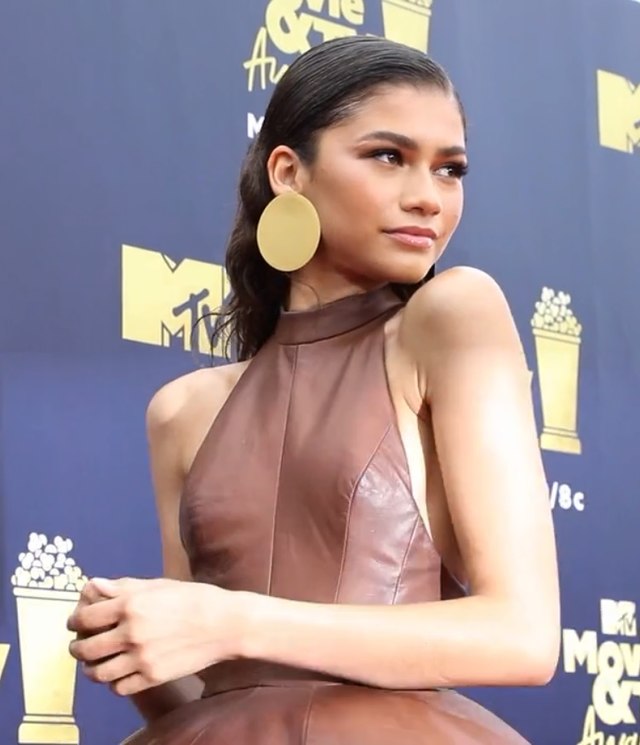 As Zendaya has matured, so have her roles in television and movies. In recent years, she has shifted towards more intense and diverse characters.

As a member of generation Z, I’ve grown up in tandem with multiple child stars, but Zendaya has stood out to me most with her rise to movie stardom.
Zendaya made her acting debut when she landed the role of Rocky Blue on the Disney Channel series “Shake it Up” in 2010. The lighthearted show revolved around a group of teens dancing for a local television channel and showcased not only her acting abilities but also her dancing skills. This was my first introduction to Zendaya, and I became immediately attached to her character. I loved her comedic abilities and the way she was able to connect with a younger audience.
“Shake it Up” was popular on Disney Channel and caused many viewers to become acquainted with Zendaya and her talent. While on the show, she competed in the 16th season of “Dancing with the Stars” (along with her partner Valentin Chmerkovskiy) and impressively came in second place, boosting her image among older audiences.
At 16 years old, she was the youngest contestant to ever compete on the show. After watching “Shake it Up,” I thought the dancing was rehearsed repeatedly and just part of the script, but her work on “Dancing with the Stars” cemented that she was an extremely talented dancer. I was a little surprised when she took this step, mostly because of her age, but was altogether even more impressed with her ability to hold her own against older dancers.
“Shake it Up” ended in 2013, but Zendaya had successfully made a name for herself. She starred in numerous Disney Channel movies, such as “Zapped” and “Frenemies,” both involving the same type of role geared towards kids that she had in “Shake it Up”: cheerful and funny.
Because of her popularity among audiences, Zendaya was finally given a show featured around her character, K.C. Undercover. This show allowed Zendaya to explore some of her acting abilities as an undercover spy, but many of the viewers who grew up watching her were moving on from their Disney Channel days. She looked much older than the character she was supposed to be playing, and it seemed to downplay her acting. It seemed Zendaya was getting left behind.
In 2017, it seemed Zendaya was breaking out of her Disney Channel confinements. She was cast in “The Greatest Showman” as circus performer Anne Wheeler. While this film still seemed to be geared towards younger audiences due to its PG rating, it explored more heavy themes such as poverty and loss and won the Best Original Song for a motion picture with “This Is Me” at the 2018 Golden Globes.
This was a good transition for Zendaya while she was working on her departure from Disney, which she officially left in 2018. Disney has now acquired 20th Century Fox, which produced “The Greatest Showman,” but this role was a good stepping stone for her career. While the movie did explore a bit more darker themes, it still had an uplifting message, similar to her Disney shows.
Also in 2017, Zendaya started her journey in the ultra-popular Marvel Cinematic Universe, playing teenager MJ in “Spider-Man: Homecoming,” “Spider-Man: Far From Home”) and the upcoming “Spider Man: No Way Home.” MJ is a prominent character in these films. Through her portrayal, Zendaya started to make her mark in more high-budget films along with gaining popularity from the millions of Marvel fans around the world.
When I first found out Zendaya would be playing a high-schooler, I was disappointed. I thought she was regressing, but I was pleasantly surprised. Her role as MJ was her first major role aside from Disney. She was working with popular actors, such as Tom Holland, and I thought she did an excellent job in the movies.
However, Zendaya really transformed as an actress when she landed the role of the leading actress in the somewhat controversial drama series “Euphoria” in 2019. The plot of this heavy series is in huge contrast to her beginning works. The show, which was created by Sam Levinson, involves mentions of self-harm, sexual assault, drug abuse, identity issues and more. It doesn’t sugarcoat anything and is an intense watch.
I really enjoyed watching Euphoria. I thought the show did a wonderful job accurately portraying the struggles some teenagers face in high school. I had never seen Zendaya in a “negative” role. It was jarring at first, but I ultimately thought it was her best acting I’ve ever seen and allowed her to be seen as a more capable actress.
In the series, Zendaya plays Rue Bennett, a teenager who mainly struggles with drug use and mental disorders like anxiety and depression. Many who watched the show could not deny Zendaya’s growth and maturity as an actress. She played the role perfectly, and this did not go unnoticed. She won her first Emmy Award for Outstanding Lead Actress in a Drama Series in 2020 for her role as Rue against many big Hollywood names such as Sandra Oh and Olivia Colman.
While I didn’t expect her to win the award, I thought the fact that she had been nominated alongside these outstanding actresses was a symbol of her progress. It was a huge accomplishment to win an award that big this early in her career, and I think she absolutely deserved it.
While Zendaya is still involved in the “Spider-Man” movies, it seems the rest of her recent movies have had the same intensity as Euphoria. She starred in Netflix’s “Malcolm and Marie” in early 2021 with John David Washington. The film dove into topics such as racism, verbal abuse, drugs and marriage issues.
As someone who has watched Zendaya from her days on “Shake it Up,” it has been incredible to see her take hold of her career and blossom into an incredibly powerful, renowned actress. I believe her acting career will only continue to improve, and I’m thrilled to continue watching her as she grows.