A look into students’ ancestry 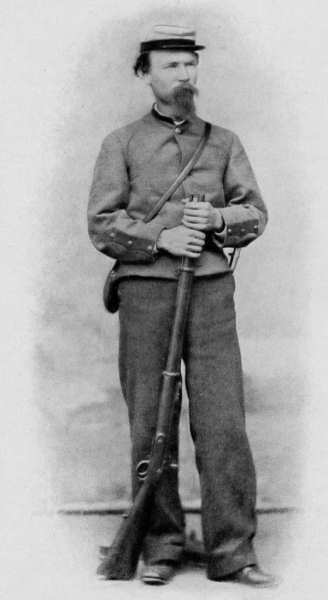 Grady consists of about 1200 students, all of whom descend from different places and have different backgrounds. A survey was conducted of 200 randomly selected students asking the continent and country of which their family mainly descends.
56.5% of students said that their family descended from Europe, 25% said their family descended from North America, 12% said their family descended from Africa, 3.5% said their family descended from Asia,  and 3% of students said that their family descended from South America.
Every ancestor of every person on this planet has made an impact, big or small, on today’s world and the people in it. Think about that.
“Honestly everyone is probably related to someone important in history,” sophomore Helen Moore said, whose great grandmother 13 times was Mary, Queen of Scots. “It just depends on how far back you go.”
A family’s lineage can date all the way back to Julius Caesar and his reign on Rome or Harriet Tubman and the Underground Railroad. A lot is unknown about the ancestors that preceded students.
Many Grady students are ordinary people in today’s world, but their ancestral history could be that of a great queen, war hero, or of an immigrant looking to start anew.
“My great grandfather came over from Austria-Hungary with only 10 cents and bought a piece of pie,” freshman Daniel Poss said. “What a savage.”
Ancestry allows people to discover connections with those in their past.
“Even though we are distantly related to these people, there still seems to be a slight connection,” Moore said. “It is especially inspiring when you find someone famous or who did good in the world. Your ancestors’ significance makes you proud of your roots.”
People’s desire to discover more about their personal heritage has led, over the last few years, to an increase in ancestral history websites and questionnaires like Ancestry.com and Familysearch.org.
“My sister Catherine has always been interested in our ancestry,” Moore said. “Once she started on Ancestry.com she would find herself looking through our ancestry for hours at a time. Sometimes I would sit with her and she would explain where she was in our family tree and then together we would go back in time as far as we could.”
Modern people’s stories about their ancestors can sometimes relate in ways that surprise even those related to the figures.
“Dr. Mudd is my grandmas great great grandfather,” senior Lucie Myatt said. “Dr. Mudd is the doctor who fixed John Wilkes Booth’s leg when he was running away after he shot [President Abraham] Lincoln.”
Crawford Hollis, Sr. born in Ellerslie, GA was the great grandfather to sophomore Maya Hadley, and was part of the Company C 529th Quarter Master Service Battalion as well as the recipient of the European-African Middle Eastern Service Medal with two bronze stars.
“My great grandfather was deemed a World War 2 hero; [however], I’m not sure exactly what he did to receive this award,” Hadley said. “It hasn’t really impacted my life because he died before I was born, but my nana mentions him a lot.”
Having famous American ancestors seems like a trend among Grady students, as junior Lena Brown is related to yet another U.S. native.
“Berry Benson is from my moms side which is from all over the South,” Brown said. “[He] was a Confederate [sergeant] in the Civil War who escaped from Elmira prison by digging a 65 foot hole with a couple other prisoners. He marched with Robert E. Lee’s men and Ulysses S. Grant.”
Benson was considered hero enough to be used as a model for an anonymous Confederate soldier statue in Augusta where he helped to defend the city. He became known by the locals as “the Man on the Monument” after the statue was built. His book “Berry Benson’s Civil War Book” tells the account of his wartime service.
Many students find that their ancestors were in well-known wars, either international, national, regional, or local. As most students’ ancestry is United States oriented, the Civil War proves prominent.
“Apparently Robert E. Lee [is a famous ancestor of mine],” sophomore Sam Toole said. “Lee was the confederate army general [during the Civil War].”
“I learned [Lee was my ancestor] last year, and when I did learn about it, I was a little upset because I don’t really agree with [what he did], but you shouldn’t let your past define your future,” Toole said.
Some may not agree with an ancestor’s choices or roles in the world, but they are a part of history and helped shape the world today.
“I think that it’s very cool that we are tied to history, even if that history wasn’t necessarily something I stand for,” Brown said.