Grady rapper sets up for success 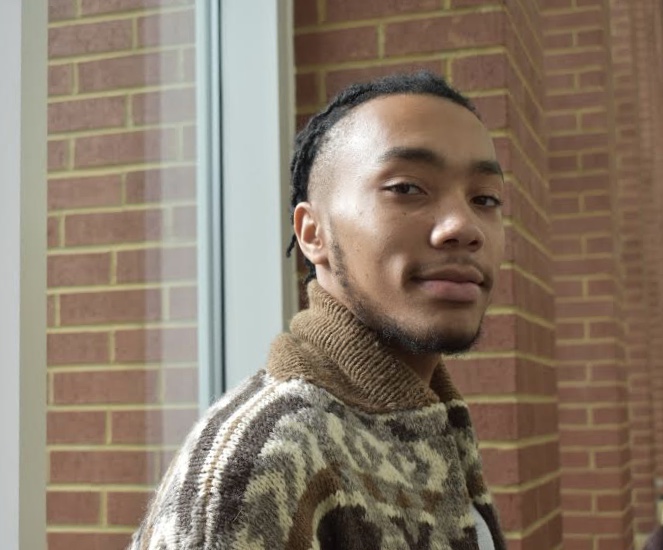 Some of the most successful rappers and hip-hop artists have come out of Atlanta: Migos, Childish Gambino, and Future, just to name a few. Young artists bubbling with the same ambition to become one of the greats walk our own halls. Senior Joshua Bailey, who students may know as Josh or JahPhnx on social media, is one of them.
“This is what I was born to do,” Bailey said. “That’s a cliché thing to say.”
Cliché or not, it’s true. As a child, he found himself writing poetry, which soon transformed into rap lyrics.
“I realized that all a rapper is, is a poet,” Bailey said. “So I put it over a beat, got better over time.”
People grow up. Their interests evolve. But Bailey’s fundamental belief in the power of euphoric creation is unfaltering. He says that “the leaders or the prophets of our generation are the musicians, the artists,” and that these are the people who kids look up to.
“Those are the people who have the true power,” Bailey said. “If you have the youth, you have the future.”
As of now, Bailey records his music in a studio, has music published on Spotify and Apple Music, and has music videos for his songs “Ready” and “Time Zone” on YouTube. But despite his determination early on, not everyone took him seriously. When adults asked about his ambitions, he told them he wanted to be a cartoonist, knowing that they would “look down on [rapping].”
“There are always going to be those people that don’t believe in you,” Bailey said. “When I first started rapping, no one really took it seriously inside my family, but when they realized that I was actually talented, certain people started to help me.”
Bailey’s success may not be all it’s cracked up to be, though.
“I’m at a time where I feel like maybe I’ve started too early,” Bailey said. “I’ve been doing this for so long; it’s almost like I’ve been hitting at this wall.”
Some of his frustration may come from his aversion to the business side of the music industry, which he is quickly learning more and more about. Working in the studio is a lot different than throwing something together in a friend’s basement.
“Time is ticking,” Bailey said. “It’s money that you’re spending. Every second really counts.”
And, even though he sees Grady as a unique school that provides more for its arts-minded students than other surrounding schools, he still craves more support.
“This is still an education system, based on money, and funding, and wherever the higher power wants to put their money,” Bailey said. “We just got donated $50,000 and they put that in the certain areas that they wanted. They could’ve put it in the music room.”
According to the official blog of Atlanta Public Schools, $10,000 of the money from the College Football Playoff Foundation and the Atlanta Football Host Committee that was donated to Grady will be allocated for the arts, but not music specifically.
These frustrations have hindered the “drive and compassion” he associates with rappers who are just starting.
“It’s kind of like a relationship,” Bailey said. “My grandparents, they were in a relationship for so long, and they put so much into that situation, that once they got to a certain age, it was like ‘I can’t leave this person.’ Even though the love was still there, it wasn’t the same.”
But this new attitude also gives him a form of freedom, a break from the pressure to immediately make it in the major leagues, especially at such a young age. Now, he’s able to simply focus on what he will always love: making music.
“I’m at a point where if it happens, it happens,” Bailey said. “I’m not stressing like I used to. I used to be pulling hair out, thinking I have to make this happen, this is all I want to do. But I’ve been through a lot and tried to learn through those situations that if something’s going to happen, it’s going to happen. I’m going to keep making music, because I love it. At the end of the day, whether I’m super big or not, I’m going to keep at it.”