Atlanta’s Big Three: Where Every Tourist Has to Go 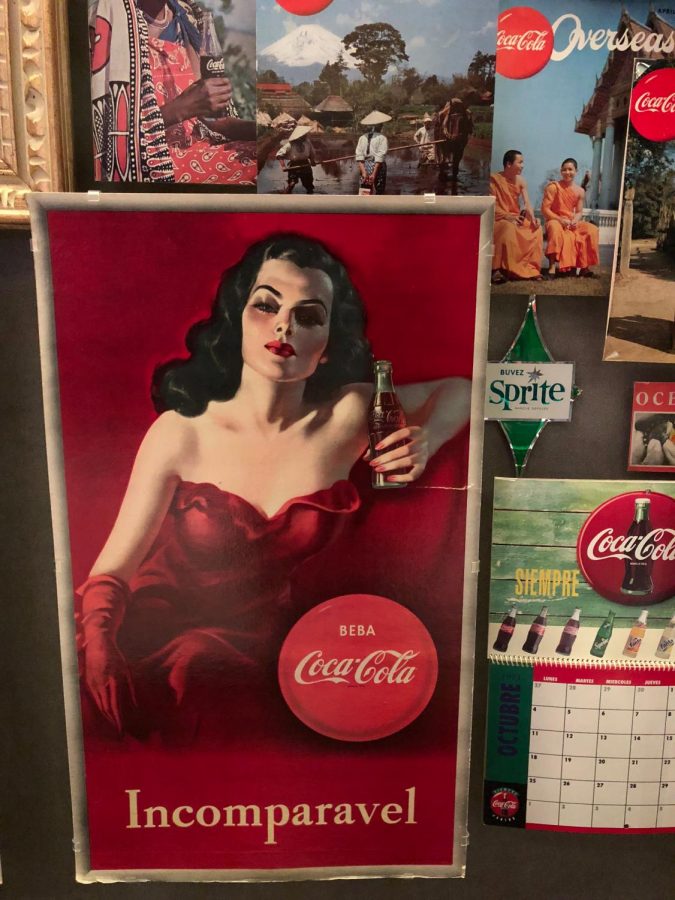 Downtown Atlanta has a number of attractions that make it unique in character. The most notable attractions include the Georgia Aquarium, CNN Center, and the World of Coca-Cola.
The Georgia Aquarium opened in 2005 as a $250 million gift from Bernie Marcus, Home Depot co-founder, to thank Georgians for their long support of Home Depot. The aquarium is the second largest in the world, surpassed only by Singapore’s Marine Life Park. It holds more than 100 thousand animals and 10 million gallons of water.
Located in Downtown Atlanta, the aquarium is very popular. In its first 100 days, the aquarium received 1 million visitors, and a year later it had received 3 million. By May 2007 it received 5 million, and by June 2009 it received 10 million.
The aquarium is one of the most popular destinations when visiting Atlanta as it is known for attracting visitors from all over the world.
“[It is] creating lifetime memories for the animals and the people who come here,” Jorge Sandoval, a Georgia Aquarium information desk employee, said.
Sandoval assures that the animals held at the aquarium are treated better than most humans and that they are their number one priority. They are fed regularly throughout the day and given medical treatments when needed.
A sea lion was brought to the aquarium after being found in California under a car on the side of a street with bullet fragments in its head. It is now healthy and part of Pier 225’s sea lion show where the animals put on a performance for aquarium guests. His name is Neptune, and he is taken care of by a multitude of trainers and caregivers.


Next in the line of Downtown tourist attractions lies the CNN Center.
The CNN Center in Atlanta is the global headquarters for the world’s largest and most viewed news channel, making it popular among tourists and residents.
The tour is experienced by 300,000 people each year, and it has been growing in popularity ever since it started in 1987. On a regular weekday, the amount of people who experience the CNN Studio Tour is “well into the hundreds,” according to tour guide Stephen Friedrich.
“A defining moment of the tour is when you actually get to look down into the newsroom and you see just the scope of CNN,” Friedrich said. “That’s the thing that still impresses me after having worked for five months now.”
According to the CNN Worldwide Fact Sheet, CNN is the most watched cable news channel around the world, in over 200 countries and territories, available to more than two billion people. CNN, which stands for Cable News Network, is in 91 million homes in the U.S. The channel’s international branch is in 354 million households around the world.
“You start getting a sense just of how much information from all over the world is pouring through here,” Friedrich said.
The network is currently available in more than 890,000 hotel rooms internationally.
“[You can] go to any hotel room or airport anywhere around the world, and… they’re showing CNN,” Friedrich said. “There’s a reason for that.”
Not only is CNN’s television channel a staple in modern news, but its digital platform is visited by 1.5 billion people monthly.
Since its launch on June 1, 1980, CNN has not stopped broadcasting with its 24 hours a day, seven days a week schedule. It was the first news station to ever broadcast 24 hours a day, and since Ted Turner started the trend, it has really caught on. Now the company is worth around $10 billion, according to Business Insider, a news website.
Friedrich stressed the overall uniqueness and the reputation that CNN has around the globe.
“CNN is unique in not just our news gathering but also the sheer scope of our international reputation,” Friedrich said. “We have a reputation for integrity, for accuracy, for showing people the world as it is in a way that makes me proud to work here.”
The final destination in Downtown Atlanta that makes the top three is the World of Coca-Cola, the museum with a seemingly gravitational pull on tourists because of its popularity around the world. It is the second most understood word around the world surpassed only by “OK.”
The World of Coca-Cola was opened on August 3, 1990 in Underground Atlanta. The new complex, at Pemberton Place, opened to the public on May 24, 2007, replacing the original exhibit. The museum was relocated to 121 Baker Street in Atlanta, just blocks away from where John Pemberton created the original Coca-Cola formula.
Families, tourists, and schools are welcomed by a tour guide, who leads them through an atrium to a room full of memorabilia. A brief history lesson is then given on the discovery of Coke and how it’s popularity swept through the nation in the 1890’s.
Guests are given time to look at the vintage advertisment scattered along the walls, and then the tour group is led to a movie theater, where they watch Coca Cola’s film, ‘Moments of Happiness.’ After the film, tourists are free to walk through each exhibit at their own pace.
The total tour takes about two hours to complete. One of the crown attractions is the Tasting Room, where guests get to try more than 100 Coca-Cola products from around the world.
“The popularity of the museum has increased over time, averaging about 1.2 million people annually. We attract schools, families, tourists, and even locals,” Martin Owens, a tour guide at the museum, said.
The World of Coca-Cola has a true significance within the area.
“This museum helps Coca Cola give back to the community,” Owens said. “We sponsor localcompanies and schools, we use local bottling companies, and we help the Woodrow Foundation scholarship send kids to school.”
Atlanta is beginning to grow in popularity with tourists and various companies expanding in the area for the city’s increased population and growing economy. With attractions like the Georgia Aquarium, the CNN Center, and the World of Coca-Cola, the city’s image has been transformed into one of modern culture with a new look.