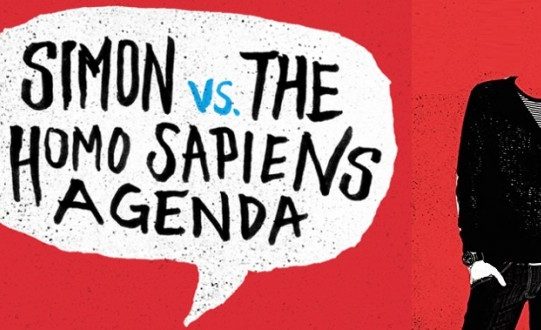 On Sept 20 in the Black Box Theatre, Atlanta-born author Becky Albertalli will be visiting Grady to give students and teachers an insight on what it’s like to be an award-winning novelist.
Best known for writing Simon vs. the Homo Sapiens Agenda, the film version of which was filmed at Grady, Albertalli will be answering questions and telling of her adventures writing a bestseller. The book is a coming-of-age novel about a 16-year-old named Simon Spier and his struggles to conceal his homosexuality. It takes place in an Atlanta suburb, a fictional version of where Albertalli herself grew up.
Albertalli was always interested in writing, but her career started on a very different path. She majored in psychology at Wesleyan University, where she also dabbled in the musical arts. One of her fellow students was well-known playwright, actor, and singer/rapper Lin Manuel Miranda. After her son was born, Albertalli quit her job as a clinical psychologist. She began the book she felt that she had always wanted to write. She didn’t know where it was going—all she knew was that she wanted her protagonist to be gay to recognize kids who struggled with their identity. That book turned out to be Simon vs. the Homo Sapiens Agenda.
Albertalli’s novel is a William C. Morris Debut Award winner and garnered five more awards from various organizations. The motion picture coming out in March of 2018 has attracted a star filled cast with actors Jennifer Garner, Josh Duhamel, Katherine Langford, and Nick Robinson, and director Greg Berlanti who has helped write, produce, and direct shows Arrow, the Flash, and Supergirl.
She has since written The Upside of Unrequited and she is currently working on a book set in the same universe as Simon, Leah on the Offbeat.
Albertalli’s visit to Grady promises to be an enlightening experience to all attendees, as her name rises to prominence in the literary world.