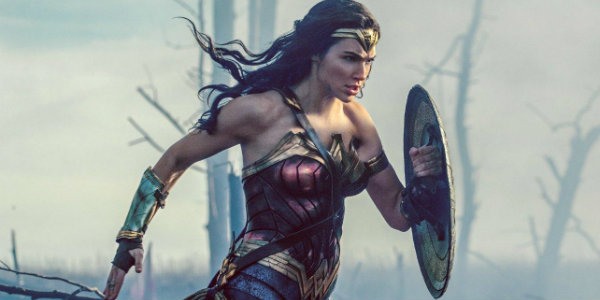 Wonder Woman claims "No Mans Land" after stepping out of the trenches into the midst of World War I.

By Kaitlin Palaian
“Wonder Woman’s”  release in theatres this summer was a big step forward for actresses and women everywhere.
The movie’s deserved success is mainly, in part, because of Patty Jenkins, its director. Jenkins is new to superhero films, but watching “Wonder Woman,” nobody would know. Her movie blew up the box offices, bringing in a worldwide income of $794.6 million.
“Wonder Woman,” offers a strong, all-around likeable female character whose performance is just as equal as her male counterparts. Wonder Woman (Gal Gadot) played the part to perfection, exhibiting all the traits Wonder Woman, otherwise known as Diana Prince, had to offer. These traits included her stubbornness, bravery, strength, tenderness and beauty.
Superhero films have been ruled in the past by men. Young girls now have someone to look up to. Few women have held roles that lead to inspiration among females everywhere. There was Princess Leia in “Star Wars” and Hermione Granger in “Harry Potter,” but their characters were only pieces who connected to the overall male lead. “Wonder Woman” gives a rare example of a female lead who controls her own story.
Throughout the movie, Diana Prince’s only motive is to do what’s best for mankind. However, that causes some controversy because to do so, she takes the life of other men. This causes some to contradict the statement that Wonder Woman demonstrates a perfect heroic being. While she does indeed kill for the overall greater good, she also demonstrates her desire to help others, her strength, resourcefulness, and her moral integrity.
Wonder Woman is willing to risk her life in order to kill Ares, the all-powerful war god who threatened the lives of mankind. She fights for justice, which in reality is what everyone should be fighting for.
There is one scene in the movie that displays Wonder Woman in her utmost glory. In the scene, Wonder Woman claims “No Man’s Land.” This is the type of scene every superhero director looks to achieve. A scene that makes a seasoned fanboy/girl go into a craze. Although Jenkins is a newcomer when it comes to directing superhero films, it is safe to say that she aced it.
The scene starts as Diana and her team are stepping through the trenches in the midst of World War I. Diana gets a glimpse of the horrors of the war as the Americans fight to free the  Belgian community of Veld. Diana, unaware of the terrors “No Man’s Land” beholds, exposes herself as a true warrior, shedding her disguise for gleaming armor. Diana then climbs into battle facing the Germans head on. She wins the battle and frees the town of Veld and wins the admiration of girls young and old all over the world.
A true American justice activist, Wonder Woman has been inspiring women of all ages for decades. She fights for all that is good and demonstrates the type of female lead every girl yearns to see. This movie marked a new age for actresses in superhero and action films. It is the type of film that women will be talking about long after the rarity of this type of movie becomes the norm.