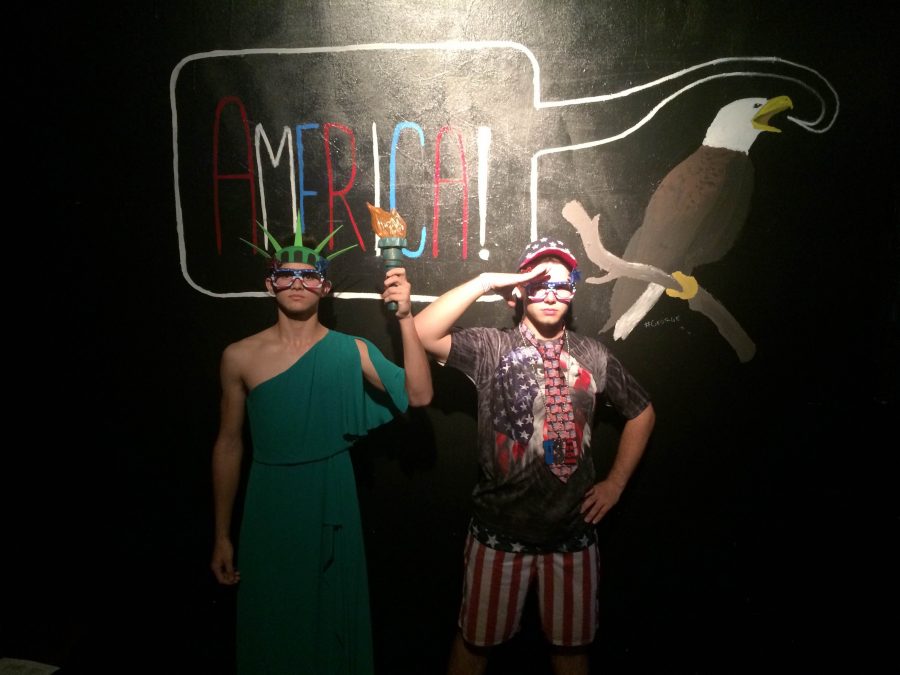 Wild applause met Grady’s diverse performers on stage during the first Coffeehouse of the 2016-17 school year.
Students from all grade levels took the stage the night of August 25 in the Black Box Theater to perform as part of the quarterly no-audition-needed night of talent, Coffeehouse.
“Everybody that you could imagine from Grady does Coffeehouse, so it’s not one group of people, it’s all sorts of people,” Coffeehouse producer and Grady drama teacher Jake Dreiling said.
The event welcomes performers to show off their talents and helps them to further hone their skills. It also boosts students’ confidence and comfort level on stage. Senior Caroline Bray said that performing at Coffeehouse made her think about bringing finished work to the stage. Eight time Coffeehouse performer Kendall Stroud said that it creates a supportive and laid back atmosphere that is perfect for getting used to performing.
“[Coffeehouse] is preparation for being on stage without having to do a real audition,” Stroud said.
Dreiling also notices apparent differences in students before and after they perform, especially for those who get on stage time after time. He told the story of one student in particular who started Coffeehouse as a freshman. At first, he was tone deaf and had no rhythm, but after braving the stage over and over again, his improvement was noticeable.
“Maybe it was nerves, who knows what it was, but I think a lot of it’s just getting used to being up in front of people, and [Coffeehouse] gives you that opportunity,” Dreiling said.
The evening left audience members with good vibes. Coffeehouse crew member Jaylynn Glenn, who plans to perform at the next Coffeehouse for the first time, left feeling balanced.
“In that time, everyone was having a good time and getting along,” Glenn said.