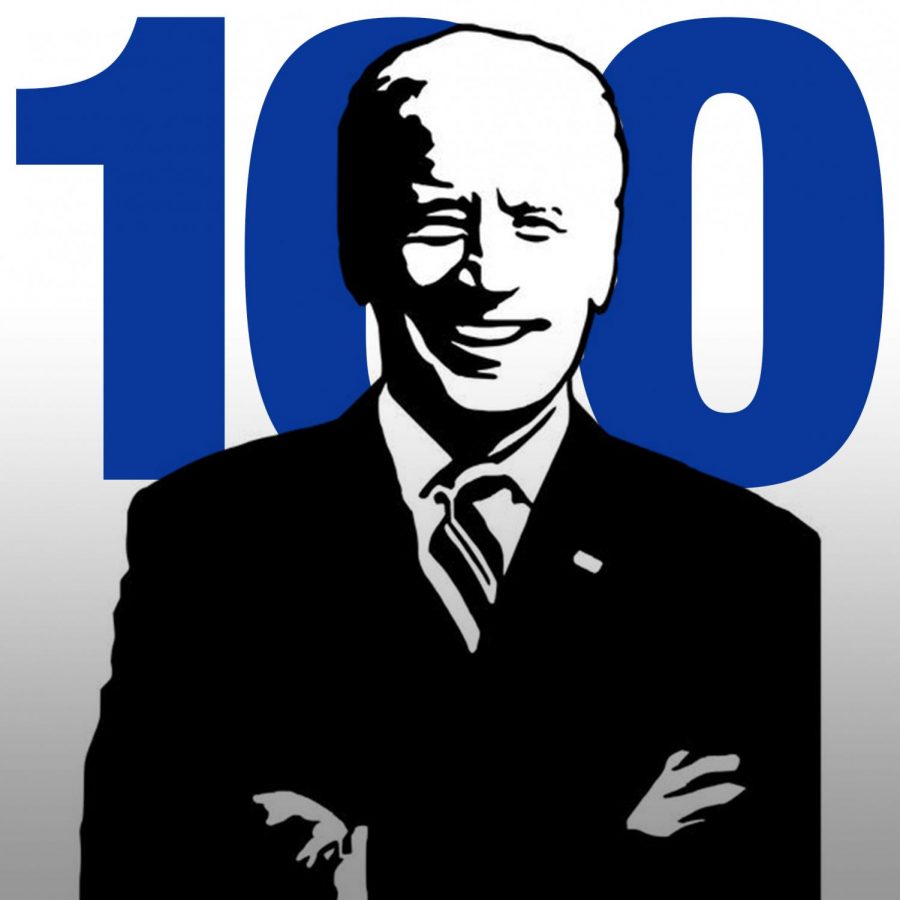 Joe Biden, 46th president of the United States, entered the White House on January 20th with an expansive agenda, which included taming the Covid-19 pandemic, rethinking the power of tech companies, fixing the economy, and reuniting a deeply divided country.

Even with a lot on his plate, in his first 100 days, Joe Biden has restored America to a sense of normalcy, succeeding four years of madness in the White House.

To accomplish his daunting agenda, Biden had to make many drastic changes to the White House and government as a whole. He replaced Donald Trump’s billionaire-filled cabinet with seasoned experts who are able to make the right decisions for our country. Instead of daily, harsh twitter attacks, Biden gives daily updates on government work so the American people can be sure  he is doing the right thing. This was the perfect start for the administration, as he solved the most pressing issue from the Trump administration. Now, with a solid administration surrounding him, Biden must continue the good work to fully restore America to where it once was, four years prior.

As president, Biden is confronted with the Covid-19 pandemic, the biggest public health crisis the U.S. had seen in 100 years. The pandemic, which has now caused over 580,000 deaths, can be attributed to the Trump administration’s mishandling of the virus and the vaccine distribution plan.

When Biden arrived at the Oval Office, he was in a precarious situation, as the virus had hit its peak in both deaths and number of cases. Contrary to his predecessor, Biden took a slow and methodical approach to handling the virus. In his first 100 days in office, Biden has worked to find a solution through executive actions. He has passed more executive orders than the previous three administrations combined including establishing a vaccine distribution plan and a federal mask mandate. His efforts are paying off. His administration reached the landmark of 225 million administered vaccines and shots available for anyone above 16, all before his 100th day in office. Currently, 37 percent of America has been vaccinated, and many more are expected to receive the shot in the following weeks and months. Biden has been absolutely phenomenal in his handling of Covid-19, and he has proved to be America’s steady hand in a time of severe crisis and mass hysteria.

When the pandemic first hit America, the biggest problem it caused was unemployment. Rates of unemployment were skyrocketing, and in April of 2020 it hit the highest point ever. Over sixteen percent of Americans were unemployed, and both businesses and civilians were struggling. In his time as president, Trump dismissed the rising numbers. This led to unemployment numbers almost reaching a point of no return. However, Biden came just in time, and his swift action, including getting a 1.9 trillion Covid-19 relief package passed through Congress, has brought unemployment levels down to eight percent, the lowest since the pandemic started. By fixing the vaccine distribution plan, Biden has allowed many people to return to their pre-pandemic work life.

Through his fixing of the job market, Biden has been wonderful not only for the American people but also for the economy, which has risen to one of its highest pandemic levels.

Though some of Biden’s rivals in Washington may claim that he hasn’t helped the U.S., they can’t deny the numbers. He has changed America in his first 100 days and is on track to have one of the most successful presidencies in terms of economic growth.

By dismantling many of Donald Trump’s most harmful policies, Biden has shown to the American people that we have moved on from Trump and are now in a new era. Biden can run the government how he wants without being weighed down by many of the harmful Trump policies.

Biden has made the right moves to clean up the government and pass the bills he and the American people want. After four years of political turmoil and a clouded political system, Biden has cleared the air. He should continue to build upon his successes.