the Southerner Online • May 14, 2021 • https://thesoutherneronline.com/82009/news/former-district-social-studies-coordinator-appointed-to-mayors-office/ 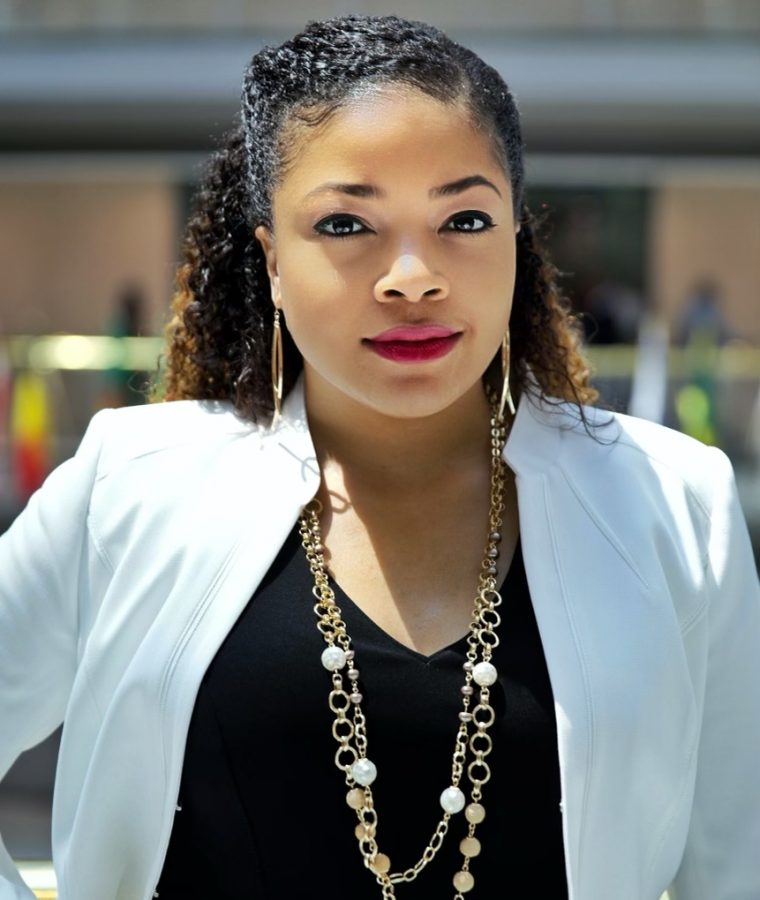 Janean Lewis, Former Atlanta Public Schools social studies coordinator, has been working since Jan. 2021 as the Senior Director of Youth Engagement in the Mayor's Office of Equity, Diversity and Inclusion.

Having worked in this new position since late Jan. 2021, Lewis’ work focuses on programming and policy for children from birth through age 24. The role was only just created by Mayor Keisha Lance Bottoms who Lewis says “was very clear that the person in the role needed to be someone who advocates for young people, who understands the needs of young people and who was able to build a strong relationship with APS.”

“I already believed in her [ Bottoms’] vision,” Lewis said. “But after speaking with her about what the city needed, the type of person that the city needed and what she wanted…there’s no way that I couldn’t support our kids.”

As a former classroom teacher, instructional coach, professional learning specialist and district social studies coordinator, Lewis has worked with youth, “almost as long as I’ve been an adult.”

“I honestly felt like I was the one of very few people who could meet all of the requirements of the position,” Lewis said. “I have the background in education. I have the track record for youth advocacy.”

Malik Brown, the City of Atlanta’s Director of LGBTQ Affairs, says Lewis is diving into her new responsibilities “headfirst.”

“She has really hit the ground running,” Brown said. ”She really came in on day one with a list of things that she had to work on. And she’s, as far as I’ve experienced, really handled it flawlessly. It’s not an easy job; it’s very stressful, especially in our world.”

Lewis is in charge of the bulk of the city’s youth initiatives, which were formerly spread across multiple departments.

“I’m taking…all of the initiatives that had been around the city and different pockets and different silos, and now they’re all under one department, which is me,” Lewis said.

Lewis says her prior tenure at APS and the connections she formed there were “critical” for her selection for the new role, where she will continue to work with the district.

“It’s not a young person’s fault if they live in poverty, but I see the relationship between me and my department and the departments and APS as trying to remove those barriers, whatever they are,” Lewis said. “Whether it’s substance abuse or the need for physical and social emotional education, whatever I can do, whatever the city has the power to do to support APS, but also to support the initiatives that we’ve already created.”

One such initiative is the Good Trouble Voter Campaign of Nov. 2020, a partnership Lewis fostered between APS and Former First Lady Michelle Obama’s national voting initiative, which aimed to register all eligible APS students to vote. Kathryn Nails, the APS Social Studies Coordinator for Elementary Schools, feels this project was the hallmark of Lewis’ time at APS because it “really brought together all of the things that she loved and believed in.”

“Showing students how you take civic action especially in a city like Atlanta, I think that moment for her, given her prior relationship with John Lewis, it just all kind of came together in that moment,” Nails said. “So, I think that was such a high note for her and really kind of resonated with her.”

“We are looking to create a leadership pipeline,” Lewis said. “That includes mentoring and what I would call innovative careers, and I look at civic engagement and civic leadership as an innovative career. So, I am exploring ways to connect those youth advocates.”

Lewis also consults the Mayor’s Youth Scholarship Program for higher education, which allots a maximum award of $4,000 a year to City of Atlanta residents or APS students.

“We need to make sure that we develop programming around it so that we’re not just giving scholarship money and not checking in with the college students, but creating community for them,” Lewis said. “So that, if we have a student that’s at Northwestern or a student that’s at Spelman, we’re able to connect them throughout the year.”

As head of One Atlanta’s “Hire Atlanta Youth” program, Lewis is working to provide virtual and in-person employment opportunities during the summer to Atlanta residents ages 14 to 24.

“I know we have a lot of students who are interested in sustainability and environmental issues; they can intern in watershed management and learn about how all of that happens,” Lewis said. “But also, we have trades internships. So, if you want to spend a week at an intensive Home Depot boot camp learning about being a contractor or foreman or electrical engineering, we’ve got that opportunity for you as well.”

Even while she is in the Mayor’s Office, APS is still in the picture for Lewis. She will be working with APS on several projects, including a child savings account initiative.

“I believe we may be looking at kindergarten… with hopes of starting a child savings account for every child in kindergarten,” Lewis said. “So that, when they reach the age…[of eighteen], they have a fund ready for college to help them with their expenses.”

Nails believes having Lewis be the Senior Director of Youth Engagement at the Mayor’s Office will create a more consistent and effective partnership between the City and the district.

“I’m really optimistic because I feel like having her in that seat opens a lot of doors and connections,” Nails said. “Just the idea of a familiar face being there encourages that collaboration.”

Lewis says she mainly left her former position in the district due to the opportunity to create change in her community in the Mayor’s Office.

“I love my job in APS, I don’t know if you can tell, but I really, really loved it,” Lewis said. “So, I would not have ever left APS if the opportunity to impact and design and develop was not a great opportunity.”

Hollins says she had a bittersweet reaction to the news that Lewis would be leaving APS.

“I was so sad because [it] was…so rare to have someone that invested in not just…one particular group of students, but she fought for the betterment and improvement of all APS students,” Hollins said. “So, I was so saddened to see her leave. But at the same time, I was so happy that she got promoted because now I know that she’ll go on to help students across Metro Atlanta.”