the Southerner Online • May 13, 2021 • https://thesoutherneronline.com/81983/lifestyle/naomi-grishman-instrumental-in-grady-community/ 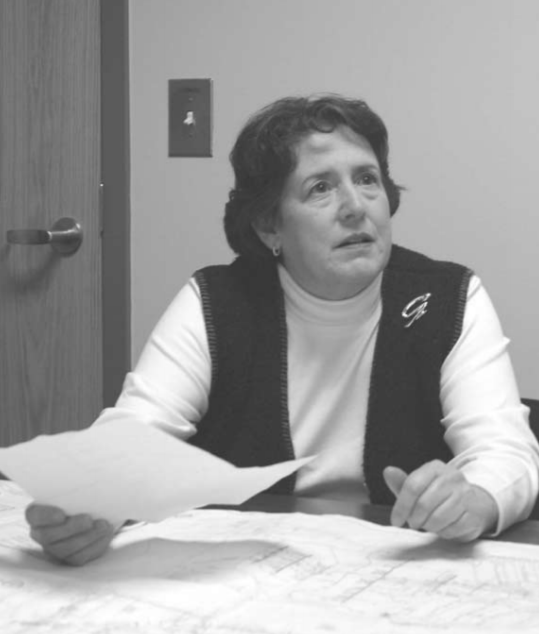 Naomi Grishman was an instrumental teacher and leader at Grady. In her capacity as a teacher, department head, magnet program coordinator and assistant principal she was a mentor to many students and staff.

Naomi Grishman never saw herself as a teacher, yet she ended up being one of the most influential teachers and leaders at Grady.

Grishman was a history major, but after a trip home during her junior year at the University of Alabama,  her mother suggested she become teacher certified and she pursued her teaching degree. After college, Grishman interviewed for many jobs, but it was when student teaching for Mrs. Ellen Gonzalez at the American High School in Mexico City, Mexico, that Grishman decided she wanted to be a teacher.

“She just blew my mind; I’d never seen a teacher like Ms. Gonzalez,” Grishman said. “She was so open and free. I’d never had a teacher like her before, and so I just saw the possibilities, the creativity involved. She just opened my mind and so, that convinced me to become a teacher.”

“I learned so much from Ms. Grishman about what to do, about how to be a good teacher,” Willoughby said.

Grishman was the second person art teacher John Brandhorst met when he stepped onto the Grady campus for the first time. Brandhorst credits Grishman as a support system for him at Grady. Even after Grishman became Brandhorst’s boss, they were great friends. Brandhorst had his wedding reception and baby shower at Grishman’s house.

“Naomi was there to be a wonderful, young, wise, supportive presence,” Brandhorst said. “I think no matter who comes in, and she sees that somebody wants to help the school she was in, she was all about helping them.”

Current Audio Video Technology and Film teacher, Thaddeus Roberts, was a student at Grady while Grishman was the Magnet Program Coordinator. While he was not in the magnet program, his skills and knowledge of cameras caught Grishman’s attention and when he graduated, she offered him a part-time job as a technician at Grady while he attended Georgia State University. Roberts accepted the job, eventually became Grady’s video production pathway teacher and never left. Both Brandhorst and Roberts said Grishman’s influence is a big reason why they are at Grady.

“If it wasn’t for her, I would not be at Grady,” Roberts said.  “I would not be there because I would have graduated and just gone on somewhere else. She is directly linked to why I’m there.”

Former students remember how Grishman supported their endeavors. Cassandra Sweet was a student of Grishman’s and graduated in 1997. Sweet, who now works in international development for the United Nations, said she appreciated Grishman’s unwavering openness.

“She was really a person who was incredibly accessible, and as a student, she was like the kind of person that you knew that you could walk into her door with any problem and that she was there to support you,” Sweet said. “I definitely remember being in her office and being guided by her and, really feeling warm, which is kind of an amazing thing when you’re a high school student.”

Peter Steckel, a 1993 graduate of Grady and practicing attorney, agrees Grishman was “one of those teachers you could go to with anything” and  described Grishman as “an inspirational kind of teacher, the one from which the other molds are cast.”

“Not only did she have the knowledge and the interest and the enthusiasm, she had almost preternatural ability about when you might need it,” Steckel said. “Most importantly, she wasn’t a pushover either… and I respected her more for it.”

Chaka Forman, who graduated from Grady in 1987 and is now an actor, teacher and social justice activist, said Grishman “allowed [students] a lot of exploration.” Forman remembers when Grishman gave students a project on the Vietnam War and he and his friends created a presentation filled with rap and slam poetry.

“It wasn’t all just writing papers,” Forman said. “She allowed you to bring whatever your individual interest was to the work, which I thought was pretty cool.”

Grishman started the debate team during the 1983-84 school year. A debater herself in high school, Grishman thinks debate is “one of the best things since sliced bread for bright people.” With support from then Principal Dr. Thomas Adger, Grishman successfully started the first policy debate team in Atlanta Public Schools and traveled around the state with her small team.

“We didn’t know anything; we were just learning by the seat of our pants,” Grishman said. “Every tournament we went to, the kids would come out of rounds, and at the simplest concept, we’d get so excited.”

Forman was one of the original members of the debate team. At a time when most of the policy debate competition was made up of private schools, Forman said it was “empowering” to be a pioneer of a successful public school debate team.

“I naturally took to it and I think [Grishman] noticed that and so she really encouraged me to keep at it,” Forman said. “[Grishman] created a space that facilitated that process. [That] to me is the biggest thing that she did. She put importance in it…We started going to more tournaments, overnight tournaments, and we started winning, and it was just, it was incredible.”

Over the years, with the leadership of Willoughby, and eventually, teacher Mario Herrera, the team Grishman started grew, and in March, won its 12th consecutive state championship.

After a short move to Puerto Rico in 1984, Grishman returned to Grady in 1986 as the Social Studies Department chair. Then, in 1992, Grady’s communications magnet program coordinator Kay Earnhart retired, and Grishman transitioned to her position. Grishman said Earnhart, who was the person who originally convinced Grishman to transfer to Grady after working at Coan Middle School,  “was a powerhouse of creativity” who “had a big influence” career.

During her time as magnet coordinator, Grady had fallen on hard times and much of the community was going to private school instead of Grady. Grishman used her leadership position to help turn Grady around by organizing events to attract people to Grady and its magnet program.

“She was a cheerleader and a participant … and a protector, if I needed it,” Bolster said. “I really appreciated her leadership because one of the signs of a good leader is you give somebody a task, and then you let them do it. You don’t look over their shoulder, but you do encourage and support in any way possible. The encouraging and supporting in any way possible is something that she always, always did.”

In the art department, Grishman helped form the Arts Council, the fashion program and was the faculty liaison to the construction company during the last major renovation in 2005. She fought for facilities such as the Black Box Theatre and the dance studio to ensure Grady had opportunities for students to be creative as well as academically successful.

“She was a very quiet, very brilliant leader,” Brandhorst said. “She knew how to talk to people and sort of allow them to figure out why they came here in the first place. That sort of released the teachers, and therefore, the students, to just sort of be free to do their best work.”

“You never know when or how things are going, things that you might have put some energy into,” Grishman said. “You don’t know how it will end up turning out … to see it go on for years and years and to know that the reputation Grady has, it’s just a joy.”

After 13 years as the magnet coordinator, always looking for a challenge, Grishman accepted the job as one of Grady’s assistant principals in 2005.

A couple of years later, she retired and has now been retired for 14 years. Reflecting on her time teaching, Grishman says she is appreciative to have had principals who gave her the space to be creative, notably Dr. Adger. She recounts a time when Adger gave her the benefit of the doubt after she hired a Civil War actor for her social studies class who arrived at the school in full uniform with a sword and a gun.

“I was just so excited about this guy talking to students about the Civil War; I didn’t think twice about it,” Grishman said. “There are some principals that would have written me up for that. I was just lucky to have all the principals that I had that were wonderful people … They saw what was right with what I was doing. If there was some little flaw, they didn’t kill me over the flaw, just gently pointed it out to me.”

Teachers who worked with her learned many valuable lessons.

“She was always giving great advice,” Roberts said. “She was always telling me, basically, do what you do, don’t go out there trying to impress. She didn’t really say those words, but that’s kind of what I got from it.”

“Smiling was one of the things,” Bolster said. “Don’t smile for at least a couple of weeks so that students will take you seriously. Then you can let down your guard and be personable. She was very personable, kids loved her, but she was tough.”

“[There was] just this unbelievable consistency,” Brandhorst said. “Working with her and being her friend was not inconsistent. It’s a rare balance to find some people … I’ve not found that in many people.”

Consistency is also an important value for Grishman and she admires her former colleagues such as Willoughby and former English Department chair, Marian Patricia “Pat” Kelly, for their consistency.

“Consistency is the key,” Grishman said. “[But], consistency isn’t a key to success if it isn’t consistency of high standards, championing creativity, setting goals for academic growth, etc.”

Since retiring, Grishman has traveled all over the world. Being an educator, Grishman said the learning process is part of the reason she loves to travel.

“Every place is wonderful,” Grishman said.  “I love to travel because I feel so alive when I travel. It kind of sounds strange I guess, but it’s just like everything you see and smell and hear and taste is just magnified. Every day is a new adventure, and you’re so aware of how wonderful life is.”

Grishman is also an avid gardener, and Grishman Garden in the upper courtyard at Grady is named after her. Brandhorst hopes to renovate the garden in her honor in the coming year.

“That’d be a beautiful spot in the center of campus, right in the middle like an axis in the center,” Brandhorst said.  “I’m looking forward to realizing that next year.”

Grishman has now been retired for 14 years, but still “enjoys staying in tune with what’s going on at Grady.”

“I feel incredibly proud of the progress that Grady continues to make,” Grishman said. “It’s been a fun ride and it continues to be a fun ride to watch Grady and I’m working on learning to say Midtown High.”