the Southerner Online • May 6, 2021 • https://thesoutherneronline.com/81874/news/students-share-accounts-of-sexual-assault-and-harassment/ 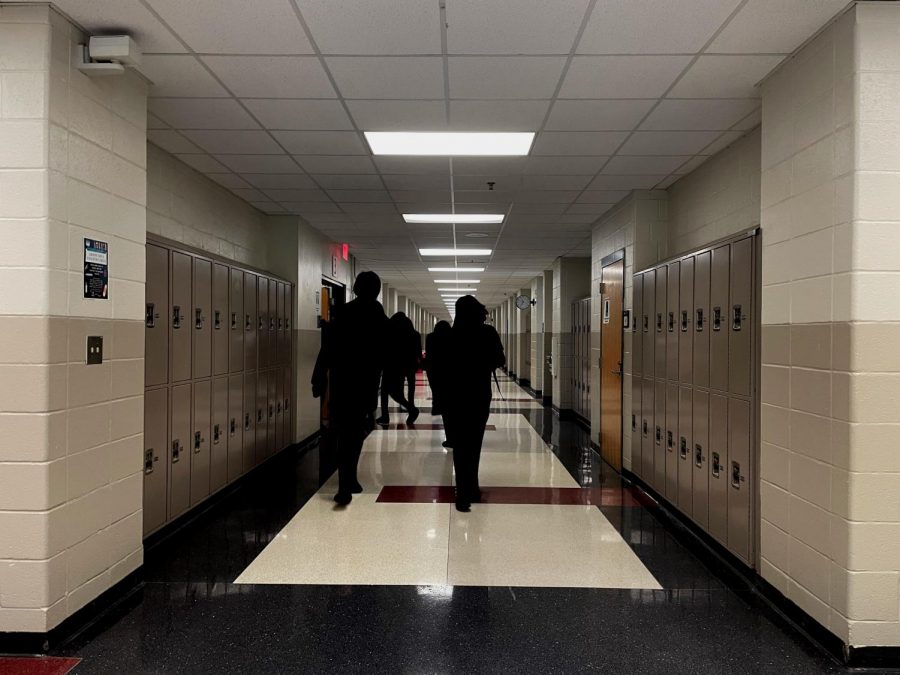 Many current Grady students have recently felt empowered to tell their own stories of sexual harassment and assault they have experienced at school. Their stories highlight a school culture where victimized students feel their experiences are minimized.

After a bracket posted on social media ranking the appearances of female students led to initial reactions of outrage and disgust, many current Grady students felt empowered to tell their own stories of sexual harassment and assault they have experienced at school.

Their stories highlight a school culture where victimized students feel their experiences are minimized.

“I think unless you’re actively trying not to see it, everyone knows there’s been creepy stuff happening at Grady,” junior Xander* said.

Stories like Xander’s are more common than they seem. When Luna* was a freshman, she was sexually assaulted by another student on campus. Luna was only able to get away from her assaulter when another student saw the incident, and she returned to her class, frightened.

“I was shocked… and then I would always see the same person that did that to me in the hallway,” Luna said.

She tried to tell some of her assaulter’s friends what happened, but Luna said they laughed off her concerns.

Sophomore Penelope* wanted to create a safe space where students like Luna and Xander could share their experiences with sexual assault and sexual harassment at school. For this reason, Penelope started the Instagram account @survivors_at_grady with three other students soon after the bracket was released.

“We want to help others feel comfortable knowing that what happened to them wasn’t their fault, and that they have someone that they can talk to about it,” Penelope said.

The account provides a place for both current students and alumni to anonymously share their experiences of sexual assault and harassment. As of May 6, they have received 36 separate stories.

“I hope that the administration sheds some light on the fact that not only have these situations happened, but that they’ve been happening for a really long time,” Penelope said.

Some students speaking out about their personal experiences, such as Xander, want the school to play a more active role in educating students about sexual harassment and sexual assault.

“School is a place where a lot of this stuff is,” Xander said. “I don’t know if catalyst is the right word, but these people [who experience sexual harassment and assult] meet at school. They mostly socialize at school, the school is central to their relationship. The school has to recognize its part.”

Along with the school, female survivors want their male classmates to contribute to changing the overall culture at Grady. Students have created group chats in order to organize their fight for collective change and hold each other accountable. Denzil Mathis is a male junior who joined a group chat called “Fight against rape culture at Grady” with more than 250 other students.

“Guys are usually the offenders, and we have to be the ones to step up and learn how to prevent these kinds of things from happening,” Mathis said. “One of the biggest things is learning how to check our male peers.”

Mathis believes any work to fix Grady’s current culture needs to be a group effort.

“It takes a lot for something to change,” Mathis said. “I feel like this situation, as bad as it was, does shed some light on things that we can change as a community, and everyone coming together after the bracket situation was inspiring. It made me happy to see my friends, and even people I’ve never met at school … coming together and speaking out against this.”

Xander thinks positive conversations are being had now that would have never happened previously.

“I’m sure I had known other people went through it [sexual harassment and assault] in the past, but no one discussed it,” Xander said. “It didn’t feel like I knew there were other people who went through similar things. There was no strength in numbers type mentality. It felt like we were all independent of each other.”

The support created by the reaction to the bracket has changed Luna’s perception of her peers.

“Before, I wouldn’t be comfortable if I needed to go to [the girls in my grade] for help,” Luna said. “I would have just not said anything. But now I feel like I could talk to them.”

With reporting by Stella Mackler.