Class of ’20 alum runs for school board 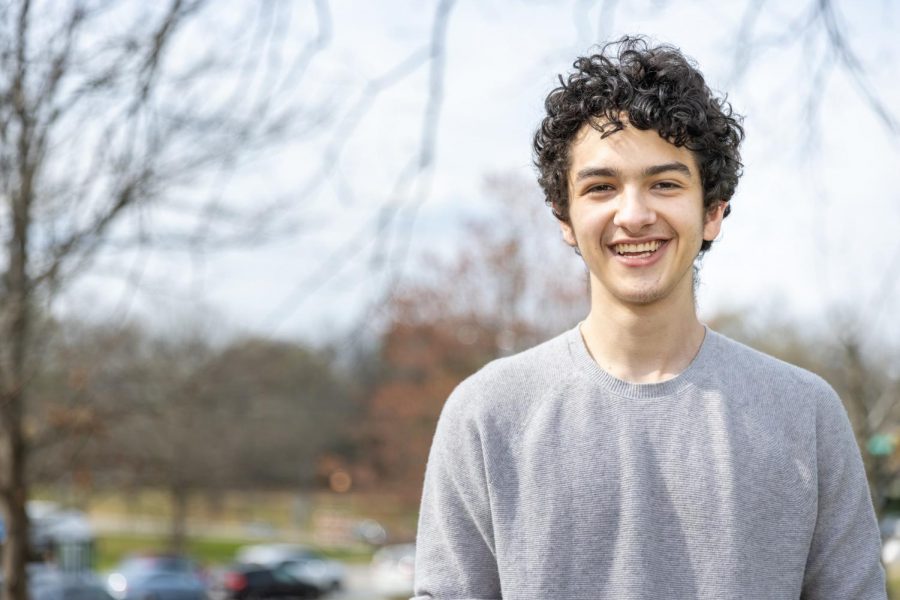 Class of 2020 alum Royce Mann is running for Seat 7 At-Large on the Atlanta Board of Education.

Almost a year after his graduation, Royce Mann, Class of 2020, is running to become the At-Large Seat 7 Representative on the Atlanta school board. At 19 years old, Mann would be the youngest person on the board if he wins the Nov. 2 election.

Mann, a freshman at Emory University, said he hopes to serve as a voice for students. His interest in a position on the board stems from his work as an activist, experience at Grady, role on the APS LGBTQ+ task force and his time as a summer intern for the board in 2019.

“Being right out of APS, I know what it’s like to be a student in today’s world, and at the same time, I have the experience that I think is required to effectively govern,” Mann said. “And so, I think I can both bring a fresh perspective but also have the skills to put that perspective in practice.”

Mann also cites his experience with various forms of education as part of what will help him be effective in a leadership position for APS. Before he attended Grady, Mann was homeschooled and then attended the Paideia School from eighth to tenth grade.

Seat 7 is currently occupied by Kandis Wood Jackson, a practicing attorney and former APS educator. Wood Jackson confirmed in an email to The Southerner that she will not seek re-election, meaning Mann is currently running unopposed.

Mann has centered his campaign around “equity and justice for all.” His platforms include expanding “equitable access to early education,” investing in counselors instead of police officers for schools, focusing curriculum to be “culturally relevant and responsive” and ending segregation in schools.

Having witnessed a racial division among classmates at Grady, Mann is passionate that “separate cannot be equal” and that APS should be the leader in combating de facto segregation.

“When we have schools that are still that segregated, you’re going to end up with these vast opportunity gaps,” Mann said. “And students, low-income students, black students, other students of color, students with disabilities [are] not getting the support they need, that they deserve to be able to thrive.”

In district high schools, Mann wants to mandate a semester-long financial literacy course to “equip students with the necessary skills to be financially sufficient and be able to build generational wealth.” He also wants to increase preschool enrollment to make sure all APS students have a strong educational foundation.

“I think we really need to simplify the process for enrolling in preschool, really ensure that we are being proactive in reaching out to families that maybe have kids that are turning four and may be eligible for preschool in APS,” Mann said. “And [we need to] really ensure that the district is invested in students from day one and continues with that investment through graduation.”

Although the board has made an effort to reach out to students, such as with the creation of the Student Advisory Council, Mann says more student voices are needed.

“The big absence that’s just glaring is the fact that when it comes to educational policy, there are rarely students, those who face the impacts of that policy every single day … in the room, and that needs to change,” Mann said.

Board member and District 1 representative Leslie Grant said Mann would make a “fantastic public servant” and having a young person representing students on the board would be an “important next step.”

“I think he has an understanding about how to be part of a group that wants to make some positive change,” Grant said. “I know his heart is in the right place, and he has proven to be a good and consistent advocate for some of the changes that we’ve made in the past year.”

Mann said he has spoken to former and current board members whom he said believe his platform “is possible and is something that the board could realistically do.”

Junior Jack Kast said he is encouraged by the idea of a young person on the board.

“I think it’s awesome that such a recent graduate of Atlanta Public Schools could possibly be on the board because it seems like so often policymakers are really far removed from the actual experiences and interests of the constituencies that they represent,” Kast said.

Senior Re’Onna Vines says she supports Mann because of his direct ties to APS.

“Having [someone with] a firsthand experience on the board would give people an idea of what it would look like to have young leaders,” Vines said. “We need young leaders to inspire our younger generation.”

To campaign for the position, Mann will take the fall semester off from Emory. He plans to return for the spring semester, whether he is elected or not. Members of the board currently make $15,170 annually, but there is a proposal to be voted on this summer that could double the salary of members.

“All the current board members have other technical full-time jobs outside of being on the board,” Mann said. “And so, if they’re able to balance their duties with working full time, in real estate or in law or in marketing, then I think I can definitely manage my class schedule.”

Mann said his election to the board should be a starting point for a constant presence of young people on the board, although state law mandates candidates and voters must be at least 18 years old.

“Hopefully, if I’m elected, this will be the last time that there’s not a young person on the board,” Mann said.

*Royce Mann was a staffer for the Southerner