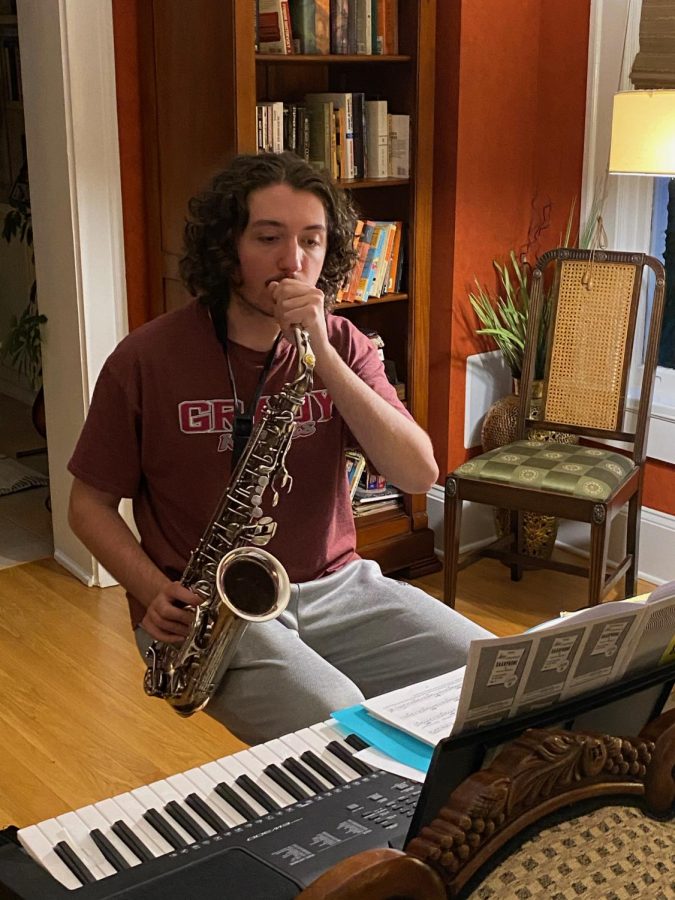 While some people have picked up new hobbies during the pandemic, junior Tanner Lamar, who plays saxophone in the Grady Jazz Band, has been using the time at home to continue developing his music. While the band hasn’t been able to perform this year, Lamar has found other ways to practice.

“Because of a lack of performances during the pandemic, I’ve spent time transcribing solos from Jazz greats such as Cannonball Adderley and Charlie Parker,” Lamar said.

While saxophone has now become an important part of his life, this was not always the case for Lamar, who began playing because it was required. However, he has stuck with the instrument since then and has grown to love it. Now, he also uses his music to help others.

“I’ve played alto saxophone for seven years, it started out as something I had to do for school but evolved into a passion when I was introduced to Jazz in 8th grade,” Lamar said. “Since then I have played with the Rialto Youth Jazz Orchestra and instructed at the Songs for Kids Foundation.”

However, although he started playing saxophone for school, music has always been a part of Lamar’s life.

“My brother Weston Taylor heads the band Ayo River, so I’ve always heard a lot of music while growing up.”