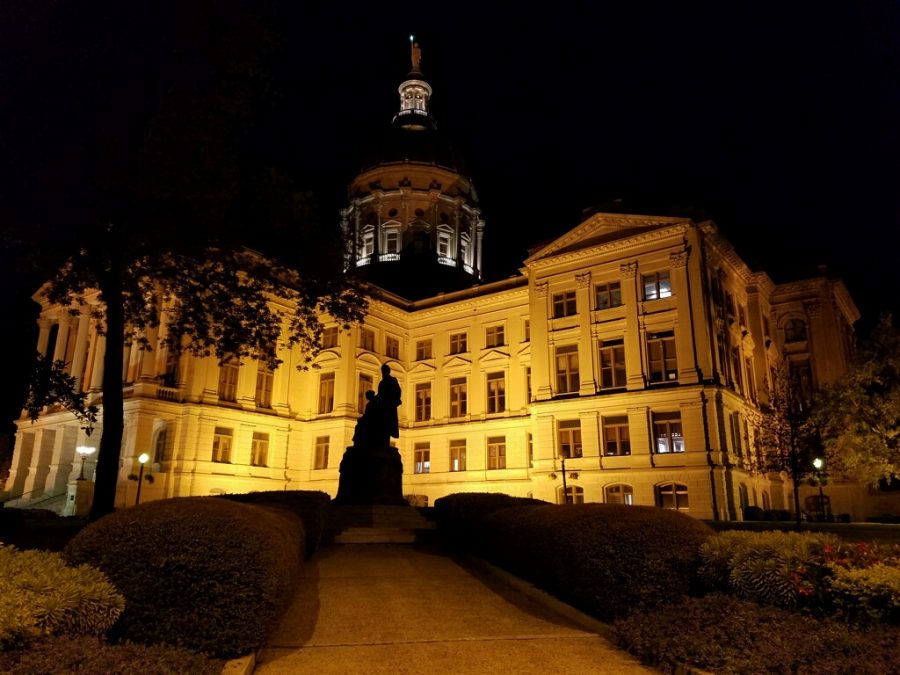 The signing of legislation widely criticized for working to suppress voters as well as Representative Park Cannon's arrest on the night of March 25th signify structural oppression that runs deep in Georgia policies and politics.

Only months after the 2020 presidential election and Georgia runoffs saw Georgia voters turn out in historic numbers and flip a historically deep-red state, blue, the Georgia legislature passed a bill limiting the power of voters and increasing the power of state Republicans.

The Southerner Editorial Board views the passage of this bill, Senate Bill 202, not only as a threat to civil rights and the fragile balance of democracy but also indicative of a broader trend of using suppression tactics as the means to achieve partisan ends.

One of the other most threatening aspects of the bill is the unprecedented authority it gives the State Election Board over county election boards. The bill removes the Secretary of State as the chair of the board, in turn leaving the board entirely in the hands of the Republican-controlled state legislature. This gives the majority party, currently the Republican Party, too much power in deciding the composition of the board, which under SB 202 also has the power to remove county election officials.

Shortly after SB 202 was signed on March 25, Gov. Brian Kemp said, “Georgia will take another step toward ensuring our elections are secure, accessible and fair.” However, in practice, this bill is another step in securing the power of Georgia’s reigning Republican party at the expense of accessible and fair elections for those whose votes have historically been the most oppressed.

Known informally as “Jim Crow 2.0” or “Jim Crown in a suit and tie,” and criticized by President Biden as “Jim Crow in the 21st Century”,  this bill will disproportionately affect Black and Brown communities. Absentee ballots and early voting are much more commonly used among people of color. Lines in Black neighborhoods tend to be longer. And, expanding the level of influence the State Election Board can have on county election boards increases the interference Republicans have in primarily Black and Democratic counties like Fulton, Gwinnett, Dekalb and Clayton.

President Biden, Sen. Warnock and Sen. Ossoff’s victories in the state were largely attributed to the efforts of Stacey Abrams and other Black voting rights activists, the variety of voting method options and the record turnout of people of color.  It is no coincidence this Republican-sponsored bill, hastily forced through the legislature with minimal input or review, restricts those voting methods and makes it harder for many people of color to vote.

Passage of this bill is not an isolated incident of using suppression tactics to achieve partisan goals. During the signing of the bill, State Rep. Park Cannon, a Black woman and Democrat who has been a leader in the fight against SB 202, was arrested after repeatedly knocking on the door of Kemp’s office. While inside Kemp’s office, powerful white men signed away the voting rights of minority communities in front of a picture of former plantation grounds; outside his office, a Black woman protesting this bill was arrested and dragged out of the Capital.

Georgia state law prohibits members of both houses of the General Assembly from arrest during sessions of the General Assembly, except for treason, felony or breach of peace. Cannon was arrested on charges of obstruction of law enforcement and disrupting the General Assembly. Cannon’s arrest was a gross overreach of the law, and according to legal analyst Page Pate, who tried hard to find a legal justification for the arrest, “There is no basis, no basis under the law for her arrest last night.” In one night pervaded by hypocrisy, new laws were created and existing ones were abused to silence the voices of people of color.

Republican efforts to construct a self-serving democracy are riddled with conspicuous irony. In the name of “Stop the Steal,” hundreds of insurrectionists broke into the U.S. Capitol on Jan. 6, hoping to steal the electoral votes. In the name of election integrity, Republicans across the country are proposing laws that will likely disenfranchise millions of Americans and give credence to Trump’s unfounded claims of election fraud. In the name of ensuring that elections are “accessible,” Gov. Kemp signed SB 202 behind closed doors while a Black Georgia representative looking to observe was arrested. These oppressive and dangerous ironies can not go unanswered.

When Cannon was released later that night, on a $6,000 signature bond, she was greeted by demonstrators and supporters protesting her arrest. This kind of active community engagement is the way the people must continue to show up in protest of SB 202.

While SB 202 bears Kemp’s signature, the fight is far from over. The Major League Baseball Player’s Association should use their leverage of the All-Star game scheduled in July in Atlanta in an effort to have the law reformed or repealed. Civil rights organizations must continue to legally challenge the provisions of the bill. Politicians on the national level must continue to speak out against the bill and work to pass the For the People Act, which could help counteract restrictive laws being passed in states across the country.

This bill and its implications will be relevant for those disenfranchised by it and to the backsliding of democracy across the United States long after it stops making headlines in the news cycle. Both Georgia and democracy can not afford for the community to let this law sputter on the backburner while democratic norms and rights are incinerated before our eyes.

This thinly veiled attack on voting, the foundation of democracy, will be successful if we do not act.