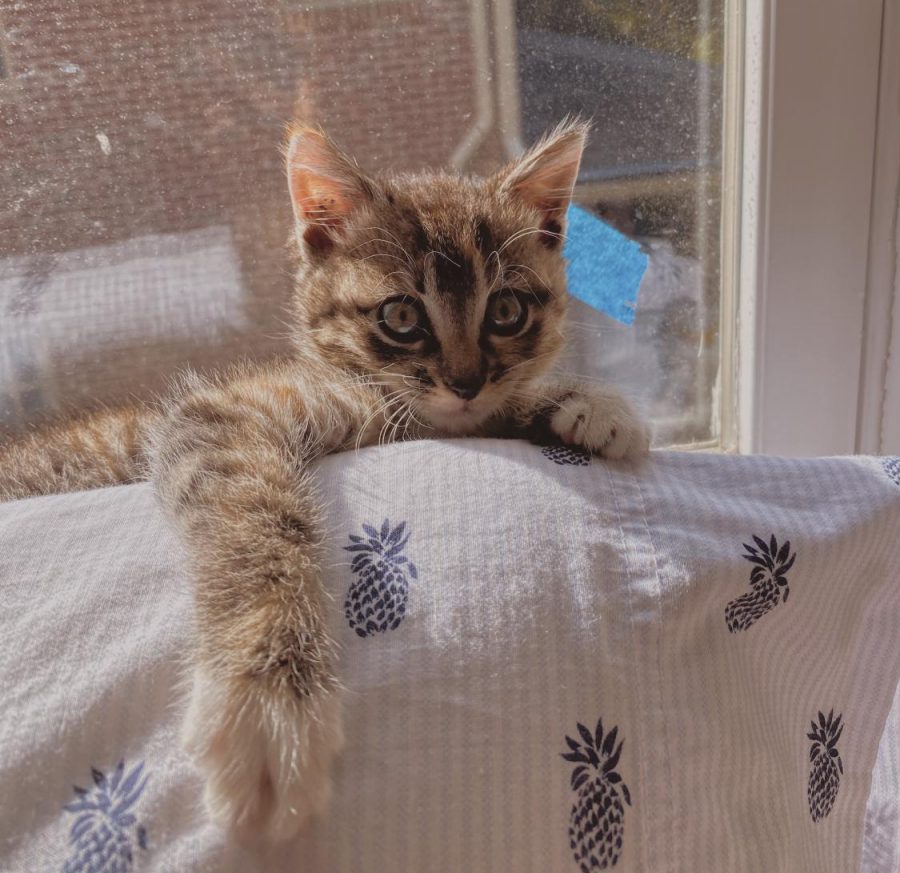 JUST KITTEN AROUND: Senior Kristen Hart has fostered eighteen kittens over quarantine. What started off as a way to keep her spirits up during virtual school, Hart says fostering kittens has transformed her life.

Having fostered eighteen kittens over the course of the past year, there is never a dull moment in senior Kristen Hart’s home.

What started off as a way to keep her spirits up in quarantine, Hart says fostering kittens has transformed her life.

“After three months of doing online school and not really feeling like I had a purpose to do anything, I asked my parents if we could foster kittens,” Hart said.  “I was totally expecting them to say no, but they said ‘Let’s think about it,’ and a week later they said yes.”

Ever since then, the Hart household has been working with LifeLine Animal Project to provide temporary homes for local kittens in need.

Kristen’s mother, Kathy Hart, says that her experience with fostering kittens can be exhausting.

“It is just like having an infant,” Kathy Hart said. “Set the timer, warm the milk, mix it up… test it on your wrist, make sure it was just right, and then get them and hold them in a towel and keep them warm while you feed them.”

Between waking up in the night to feed them and juggling taking care of up to six kittens at a time, the experience can be overwhelming at times. But, Kathy Hart says she has been impressed with her daughter’s dedication to becoming the best foster “parent”  she can be.

“[Kristen] was teaching me how to bottle feed them and [how to] make sure they go to the bathroom properly,” Kathy Hart  said. “She knew all the skills before I did.”

Aside from the constant attention  raising a kitten requires, fostering can be also expensive. However, Kristen says she and her family have been happy to make this investment.

“Because we’ve fostered eighteen [kittens], it has been an expense for us,” she said. “But because we have the means to provide a lot for these animals, we choose to.”

Hart says one of the most emotionally challenging parts of fostering has been parting with her kittens when they finally find a forever home. However, this part is made easier when she knows the family that will be adopting.

“A lot of times, we personally know the homes that they are going to, so we know that they’re going to a really good home,” she said. “It makes me really happy to know that.”

“There’s no fear that maybe there wouldn’t be a good mix,” she said. “It’s just very satisfying that they’re going to a great home.”

“I’m so glad we got cats from Kristen because her cats were free, and they really needed a home,” Vale said. “Plus, I love my cats more than anything.”

Kristen plans to continue to foster animals in the future.

“I know that as soon as I have my own place, I want to keep fostering,” Kristen Hart said. “It’s like addicting to me- I love it so much.”