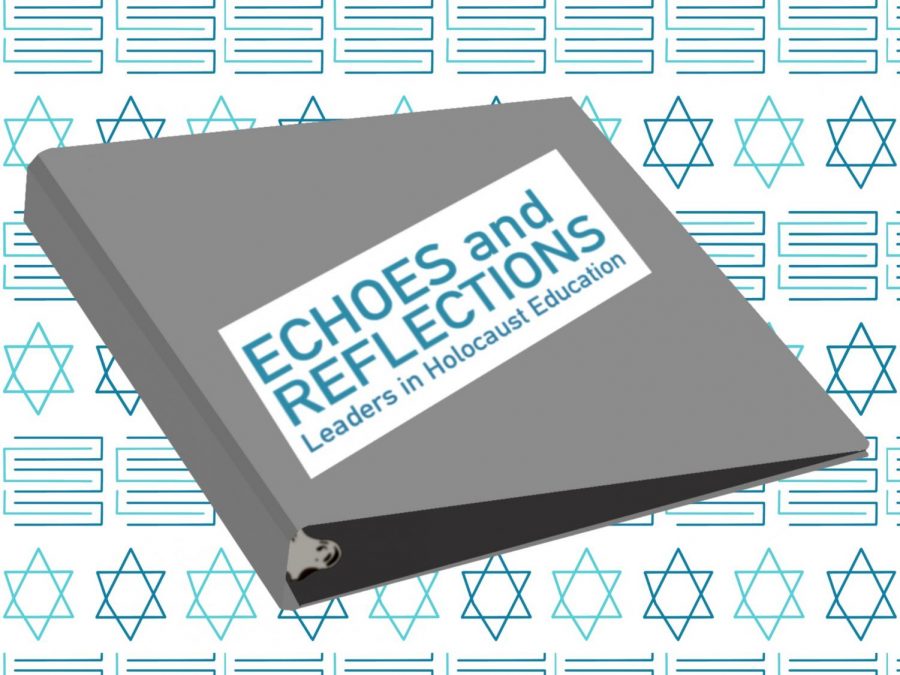 The Echoes and Reflections curriculum was created by the Anti-Defamation League, Yad Vashem, and teachers from around the country. It includes 11 multi-part units on a variety of themes relating to the Holocaust and genocide eduction.

Fifteen years ago, AP U.S. History teacher Lee Pope worked with teachers from around the country on the creation of Echoes and Reflections, a Holocaust curriculum. Starting in March, Pope will offer a Holocaust Studies class.

“It is an in-depth look, kind of a dissection, of the systematic murder of millions of people and how a nation was indoctrinated through hate to go to the farthest extremes that humanity has ever seen,” Pope said. “We must learn so that this won’t happen again. Because who could’ve ever thought this would happen in the first place?”

Pope intends to frame the class using a variety of lenses, starting with the historical background of the Holocaust and Nazi Germany.

“We are going to look at how this happened, what was going on after World War I that would allow the Nazis to rise to power and take over the German state,” Pope said.

After exploring the historical aspect, the majority of the class will be spent looking at the different people involved in the Holocaust, and its lasting effects on the world.

“In the last bit of it, we are going to take a look at racism in society today across the board,” Pope said. “Anti-Semitism, the desecration of Jewish cemeteries, the attacks on homosexuals, the attacks on African Americans and Muslims and looking at the persecution of the Jews in Europe and what that means for us in the future. How do we make sure we follow the motto that this will never happen again?”

“Mr. Pope explained that the study group would be a place for us to talk about the Holocaust, and it wasn’t going to be solely focused on the horrific parts,” junior Audrey Isakov said. “He described it as a seminar and a space for us to express our feelings on the history of that event.”

Isakov has a personal connection to the class. Her grandmother lived in Germany at the start of World War II.

“She didn’t get taken to a (concentration) camp because she was Catholic and white, but she lived in Germany and was a refugee,” Isakov said. “She had to walk all the way to Poland. She told me about her whole neighborhood being torn down and the experience of all the soldiers and everything.”

“You can read textbooks and you can read other documents and primary sources,” Behrman said. “But when you bring (in) survivor testimony, particularly video testimony, you learn things and discover things about the experience and the topic because you are seeing them speak, you are hearing them speak, the tone of the voice, the expression on their face;so, it really does give some insight and perspective.”

These videos come from the collection of survivor testimonies housed at the University of Southern California’s Shoah Foundation, which was founded by director Stephen Spielberg in 1994 to record and preserve interviews with Holocaust survivors. Teachers are encouraged to read aloud or have students read short biographies of the survivors before showing the videos to their class.

“Those survivors would’ve been in middle school or high school when they had these experiences,” Behrman said. “So that can help students make that connection to someone who was their age at the time. I personally think that is a really powerful component of testimony.”

Pope will use the survivor testimony, book study or studies? and group discussions to structure the study group and hopes the district will recognize the curriculum’s potential impact on students and transform it into a permanent class.

“My wish is that APS (Atlanta Public Schools) will see it and say, ‘Oh my God, that is such a good idea; we need to have it as a class,’ and then we work a curriculum up,” Pope said. “I think it is so important now more than ever to wake people up. We need to reach out to each other and know our neighbors.”