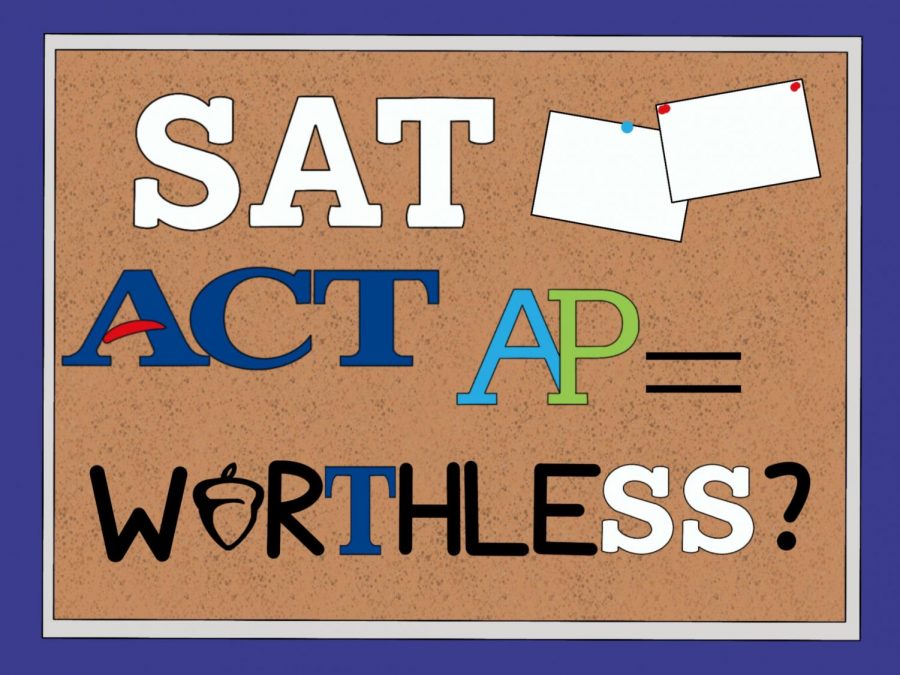 If colleges’ rationale for becoming test-optional or test-blind is that there is unequal access to taking and doing well on the ACT/SAT, that same logic should be applied post-pandemic because these problems are not new.

Many colleges have lessened their reliance on SAT/ACT scores due to pandemic induced barriers that have restricted access for many college applicants. What these institutes of higher education should realize is that barriers restricting access to SAT/ACT testing have always existed.

Currently, thousands of students are unable to take SAT and ACT because of safety concerns with in-person testing. Because online versions of these tests have not been developed, hundreds of top colleges have amended their testing policy to become “test-optional” or “test-blind”. Test optional policies give students the choice to submit a score or to opt-out of providing an ACT or SAT score. “Test blind” schools do not consider ACT or SAT scores at all in their admissions process. Now, admissions officers are promoting the idea of a “holistic review” of applications. This means that schools will pay less attention to test scores and focus more on assessing applicants’ extracurricular and leadership experience, community service and personal essays. This is a big deal, especially for racial minority students and students with a lack of financial resources. Because of the widespread adaptation of the test-optional policy, many seniors are choosing not to take SAT and ACT, saving students both money and stress.

This change begs the question of was there ever a need for these tests in the first place?

These tests pose socioeconomic barriers for low-income students. It currently costs $64.50 to take the SAT with the essay portion of the test. The ACT with the writing section is nearly as expensive, costing $58.50 per test. The College Board recommends that students take the SAT at least two times to maximize scores, meaning that students who can afford to retake the tests have a score advantage

In order to maximize their scores, many students hire tutors. But hiring tutors can be costly as well. Popular tutoring service Princeton Review’s tutoring session packages range from $599 to $2,299. Affording these services can put a financial strain on families, giving students’  wealthier counterparts a significant advantage in test results. Subsequently, better test results mean a leg up in the college admissions process.

There are also racial disparities in testing opportunities. According to the 2019 US Census, the average white, non-Hispanic household made $76,057 per year. In comparison, the average Black household made $45,438, over $30,000 less on average than white families. Although these factors are a part of a larger multi-dimensional issue about race, socioeconomic status and educational attainability, colleges shouldn’t rely on a system that gives wealthier, non-minority students an advantage.

However, the College Board’s recent decision to cancel the administration of SAT Subject Tests is a step in the right direction. These are specialized, hour-long tests in a specific academic subject, such as World History or Chemistry. The $48 to $52 price for one test almost compares to that of an entire ACT, adding unnecessary pressure for families with lower socioeconomic backgrounds. However, only a handful of colleges “recommended” applicants take these tests to begin with, meaning that in order to make SAT/ACT testing equitable.  there is still much work to be done.

Even before testing was halted due to COVID-19, some schools had previously voiced their concern with considering standardized test scores in the application process. The University of California (UC) school system, for example, began evaluating the effectiveness of standardized tests in the summer of 2018. Two years later, the UC system rolled out a plan to eliminate the use of SAT/ACT scores in the application process by 2025. They plan to introduce a new test that specifically analyzes students’ readiness for UC schools. In the meantime, for the fall of 2021-2022, UC schools will operate on a “test blind” admissions process.

If colleges’ rationale for becoming test-optional or test-blind is that there is unequal access to taking and doing well on the ACT/SAT, that same logic should be applied post-pandemic because these problems are not new. The issues of effectiveness as well as socio-economic and racial disparities, while brought to light by the pandemic, are not caused by the pandemic. This has to change.