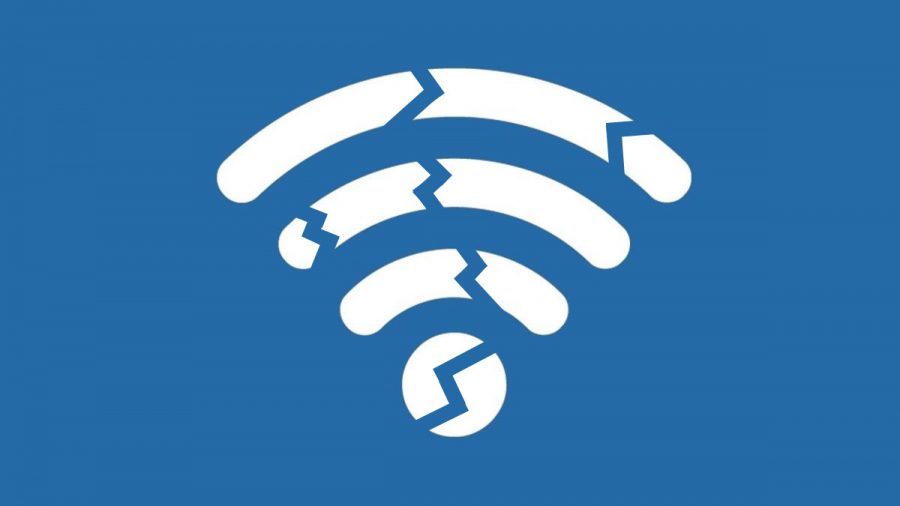 The coronavirus pandemic has made the digital divide more apparent than ever. The Southerner Editorial Board believes broadband internet connectivity should be considered a right, rather than a luxury, and the federal government should take action to ensure that connectivity is accessible and affordable.

As many as 162 million Americans don’t have access to broadband internet but the coronavirus pandemic has shown that broadband connectivity is an essential service. It is essential for kids to go to school, for the employed to do work, for the unemployed to find work, for families and friends to connect, for patients to see doctors and for voters to stay informed. Despite its necessity, the government still treats broadband connectivity as a luxury rather than a right.

The Southerner Editorial Board believes that the federal government, specifically the Federal Communications Commission (FCC), should make policy changes and expand existing programs to improve broadband access and affordability across the country.

The FCC, an independent government agency created by the Communications Act of 1934 and tasked with regulating communication networks across the United States, is governed by a board of 5 commissioners, no more than three of which can be members of the same political party. Commissioners are appointed for five-year terms by the President of the United States and confirmed by the Senate. The current FCC Chairman, known for his comically large coffee mugs and business-friendly deregulations that leave underserved communities stranded, is Ajit Pai. Pai was appointed chairman by President Donald Trump but plans to step down from his post on Jan. 20, when President-elect Joe Biden is inaugurated.

Pai’s departure, combined with the recent confirmation of Republican Nathan Simington as FCC Commissioner, guarantees a 2-2 party split in the FCC and gridlock upon Biden’s arrival to the Oval Office. While Biden will nominate the next FCC chairman, it is likely that Senate Republicans will try to block his nominee or make it difficult to obtain funding for any Democrat-led FCC initiatives such as expanding certain programs, reclassifying broadband services under Title II of the Communications Act and reinstating net neutrality protections.

Though Democrats and Republicans both want to improve broadband networks, they have different priorities, causing gridlock that will likely perpetuate the status quo and the digital divide. Therefore, commissioners should focus on the people that their decisions impact the most, such as students at Grady High School and across the country that continue to learn virtually.

While many Internet Service Providers (ISPs) have increased their performance during the pandemic, this alone does not mean our digital infrastructure is satisfactory. The underlying problem of accessibility remains. The root of the problem lies not with traffic volume but with access.

Many students and professionals are working from home, but many are having to work in the parking lots of schools, libraries and fast-food restaurants because that is the only place they can get a Wi-Fi signal.

One of the main problems is that the conversation around connectivity too often focuses on access without considering affordability. Under Pai’s leadership, the FCC worked to bring broadband to rural and tribal areas. However, its impact was limited because he was simultaneously limiting the programs that made broadband affordable, such as E-Rate and Lifeline.

There are 16.9 million children stuck in the “homework gap”, which refers to students who do not have the necessary internet connectivity to do their assigned schoolwork while at home. This gap disproportionately affects Black and Hispanic students and those that come from lower-income households. Many local governments and school systems, already strained for resources, are bearing the brunt of this and trying to absorb the cost of handing out hotspots to those in need.

The federal government can and should help. More than $2 billion is available in the E-rate program fund that could be used to bring affordable internet to the virtual classrooms set up in homes across the country. Although initially intended to just provide affordable broadband to physical libraries and schools, the FCC has congressionally approved authority to edit the definition of what a “school” is to include current students’ homes, which now double as their classrooms. However, Pai has refused to expand the program.

Authorizing these funds to be used in students’ virtual classrooms should be a priority for the new FCC. Doing so would open up more resources for school systems to purchase needed equipment and internet access so that their teachers can teach and their students can learn.

Additionally, the FCC should expand the Lifeline program, a program designed to provide discounted phone service to those who couldn’t afford it by subsidizing ISPs that participated. However, Pai has continuously worked to undermine the program by making it harder for carriers to participate and applicants to subscribe. In July, less than a fifth of eligible households had enrolled in the program. Among other harmful reforms, Pai rolled back an Obama-era policy that gave the federal government jurisdiction over what service providers would participate, leaving that power to the states. This means any provider who wants to participate has to be accepted by every state in which they operate, making it tedious and difficult for ISPs to be a part of the program. Additionally, the current subsidy amount of $9.25 is so low and outdated that it can provide only limited services and certainly can not cover the necessary fixed internet access.

The FCC should increase the subsidy amount, reinstate the federal government’s power to determine the eligibility of service providers and customers and expand the program to include broadband internet. Along with permanently ending de-enrollment procedures, these changes would expand the reach of the lifeline program and support the voluntary moves made by cable companies to offer reduced-price service to low-income households in order to help all Americans who need internet access afford it.

Additionally, the $900 billion Covid stimulus bill passed by both the Democrat-led House and the Republican-led Senate allotted $7 billion to increase access and affordability of broadband services during the pandemic. This is an important start, but it’s not enough. The coronavirus pandemic has uncovered as many problems as it has caused, including the depth of the digital divide. These problems will not go away when the pandemic does. They are systemic problems that require long-term, systemic solutions. While the coronavirus stimulus bill will provide relief in the short-term, it is more of a nod to the problem than it is a sustainable solution. For example, an expansion of the E-Rate program was proposed in the Senate but wasn’t included in the final bill.

Regardless of the outcome of a stand-alone bill, increasing stimulus checks from $600 to $2,000, which is awaiting Senate approval, the approved $7 billion dollar allotment is emblematic of bipartisan recognition that the issue of connectivity is one that must be addressed. This bipartisan momentum should be harnessed and used to overcome the gridlocked FCC the Biden Administration will inherit to make meaningful changes to digital infrastructure and connectivity access across the country.

The digital divide, magnified by the pandemic, is the kind of crisis that the FCC was built to respond to, but their response has been irresponsible and harmful to Americans. The shift in administration and FCC leadership is an opportunity to make changes that will improve broadband access and affordability during this time of unprecedented need and years to come.

Shortly before he died, Congressman John Lewis said. “Access to the internet…is the civil rights issue of the 21st century.” The Southerner Editorial Board embraces this position and urges the FCC to do the same and take action to protect this right.